Last preseason game - No Manu in the house - Coach Newman returned - Bad first half - Defense kicks in during the second half - End of game summary. There wasn't much subject matter for pictures last night, but when I looked at my photos after the game, I saw a theme: the various haircuts of the Spurs. Let's begin, though, with the return of the Gel-Haired Devil, referee Zach Zarba. Zarba earned this nickname from me several seasons ago.

The hair gel is still there - hair never moved during the game, and I swear, he doesn't perspire! I spoke with him briefly before the game when he came out to check the equipment at the scorer's table, telling him to call a good game. He seemed surprised anyone would recognize him in his coat and tie. He stopped a moment, smiled, and said "thank you, ma'm." Thoroughly charming, I thought. In talking with fellow Pounder Aaron Priene a few minutes later, we both agreed that the devil would appear handsome and charming when encountered, the better to tempt you - like the old song "Somebody's Knocking" - "he'll have blue eyes and blue jeans."

In looking at the various haircuts worn by the Spurs this season, I recalled the lyrics from the song Hair:

There are no really long-hairs on the Spurs, but curly, fuzzy, braided, and a few others show up. Let's begin with Tony Parker, who's hair seems to have no cowlick: 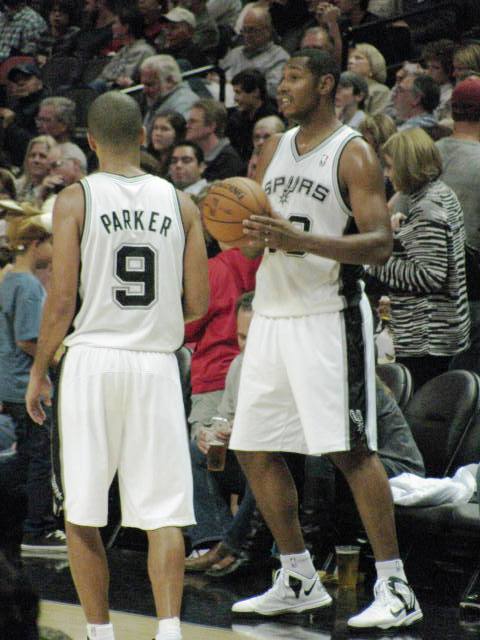 And with Tony in the photo is Boris Diaw, who is showing a few signs of grey.

Nando De Colo is sporting a close-cropped look with long sideburns that blend into a close cropped beard that encircles his jawline: 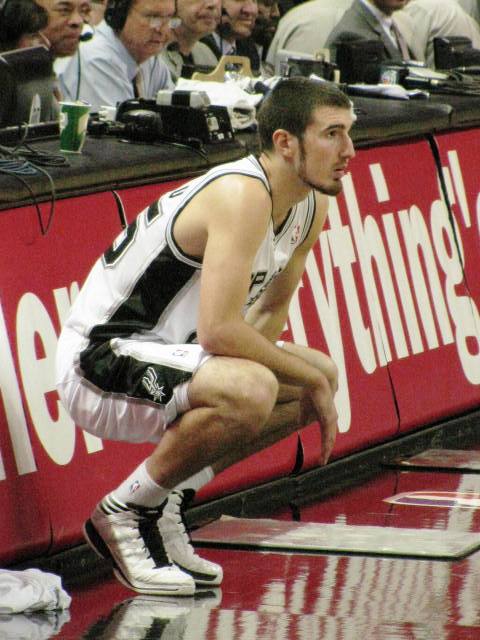 Tiago Splitter, AKA "Sparkles", takes the prize for longest locks this season, letting his blond-tinged hair grow a bit over the summer, revealing waves, even when a bit sweaty: 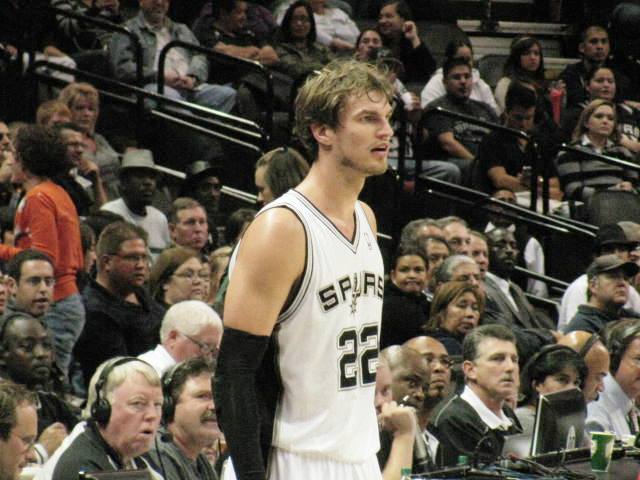 As Tiago runs on the court, his locks wave in the wind - not quite yet long enough to evoke memories of Manu's long-haired days, but a bit blowing in the breeze, nonetheless. 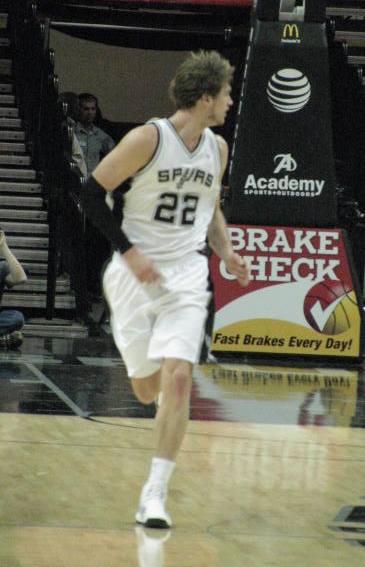 Stephen Jackson sports a Mohawk - or should we call it a 'Frohawk? Here are back and side views, minus the headband he wears in the game: 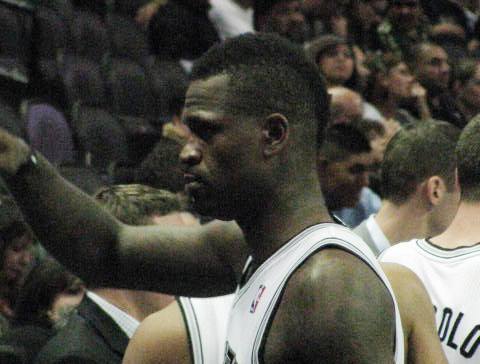 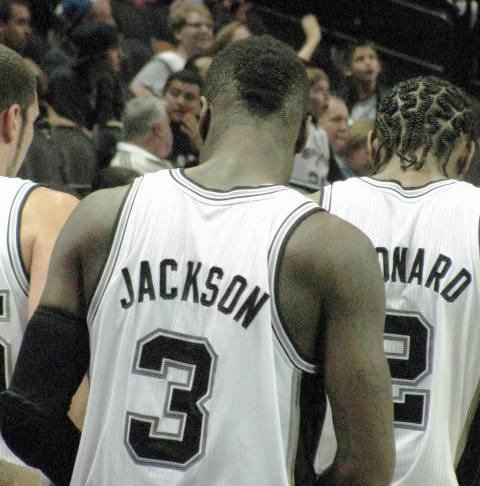 But, nobody can top Kawhi Leonard's newly braided cornrows: 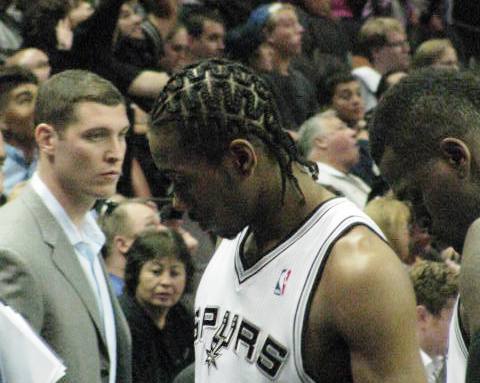 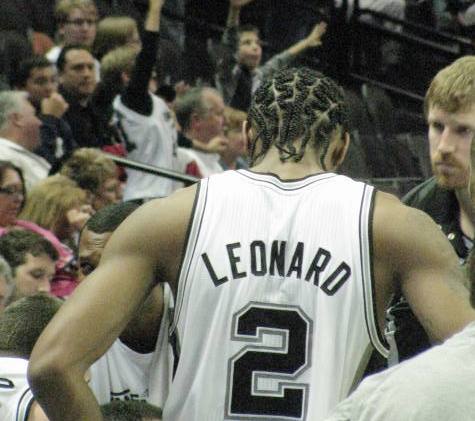 I guess it's better that Manu was totally absent from the court on a night when hair was the focus of my camera. but he does have a new fan this season - my 2 month old kitten, (Prince William) loves watching him on the computer screen. I post this knowing that cats are one of the mascots of PTR. 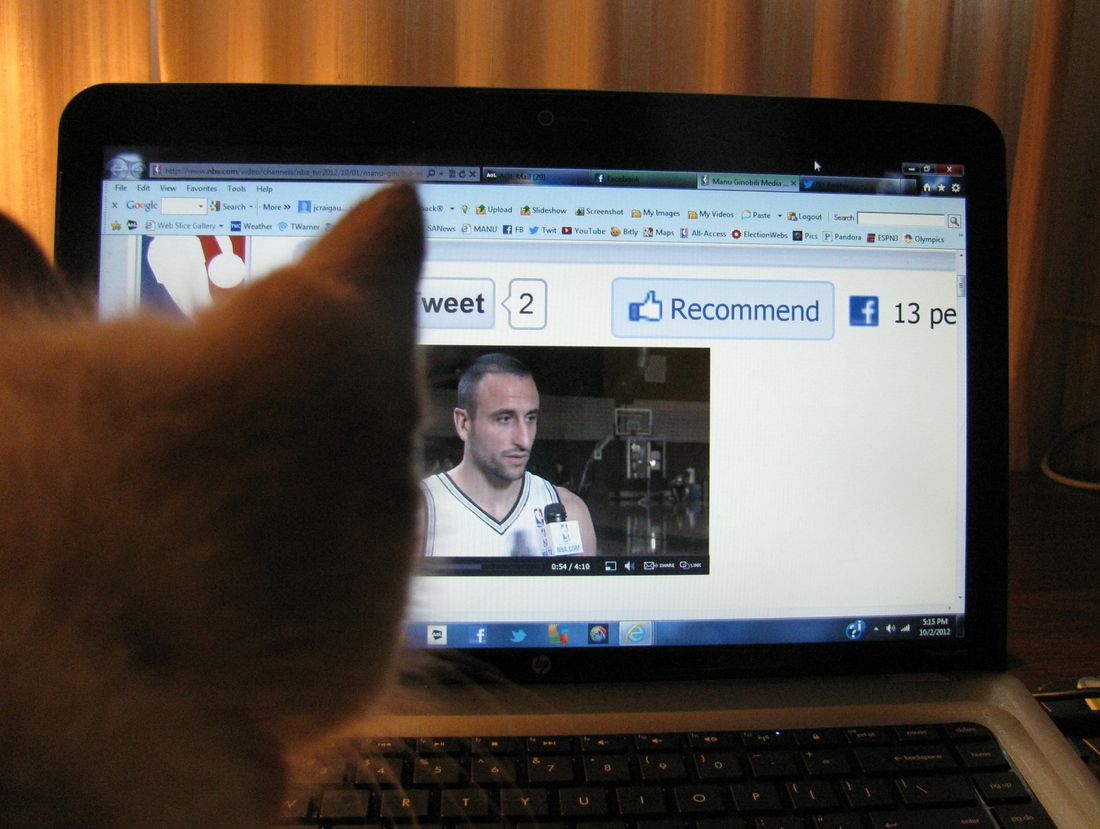