Other than Tim Duncan's Turn Back the Clock Performance, there wasn't much that could be said for this game. The two teams combined for 46 turnovers. Denver was so turnover-prone to start the game that they didn't score until the first quarter was almost half over (only put up 5 shots in almost 6 minutes). 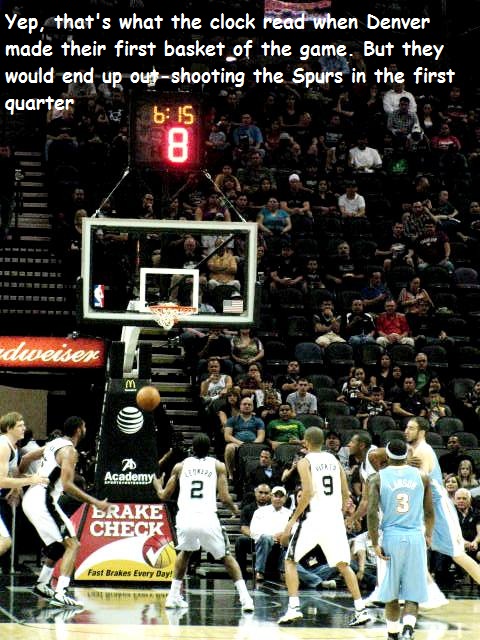 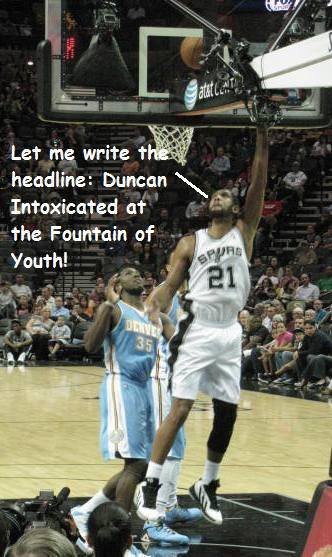 Poor Kosta Koufos never had a chance on this shot - Tim showed off some beautiful footwork: turning, bobbing and weaving, faking, until he got his shot. And just look at that side-kick! 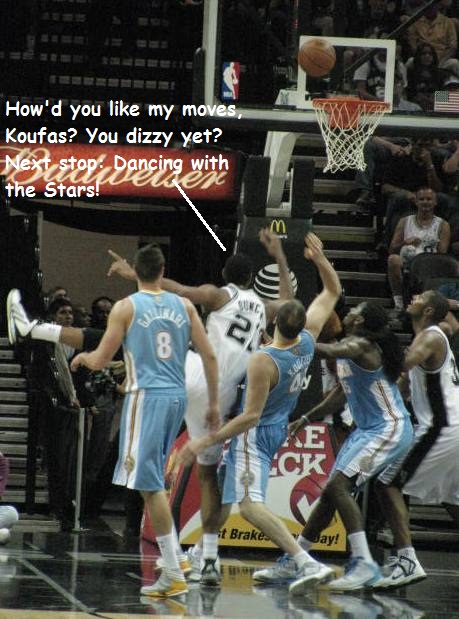 Speaking of Koufos, has anyone else noticed a resemblance to a certain Spur (although not nearly as handsome - I have to add that disclaimer in case Manu reads this)? 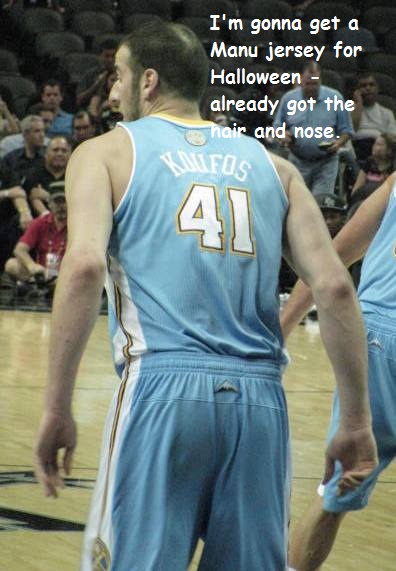 During warmups, the captains always finish early and sit on the bench to watch the rest of the guys finish up. There's usually a laughter-filled conversation between Tony and Tim: 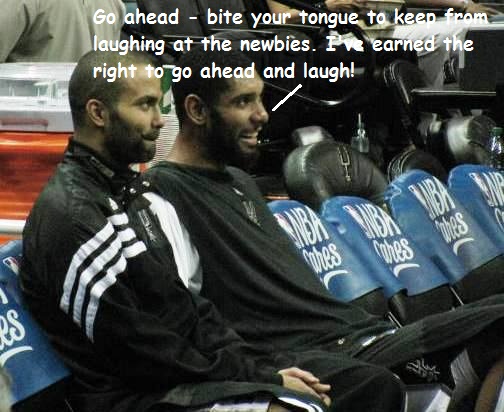 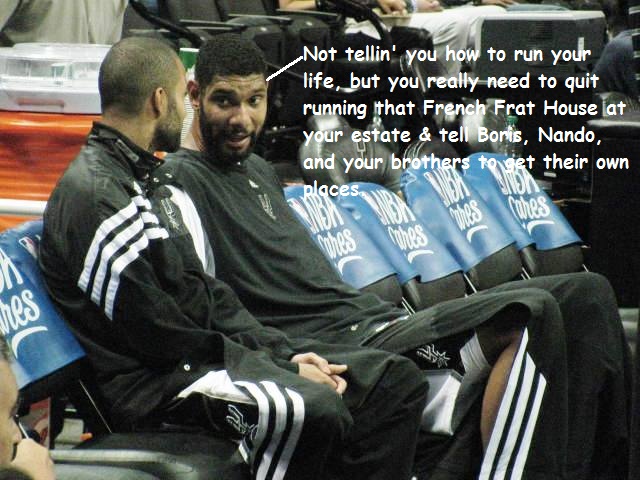 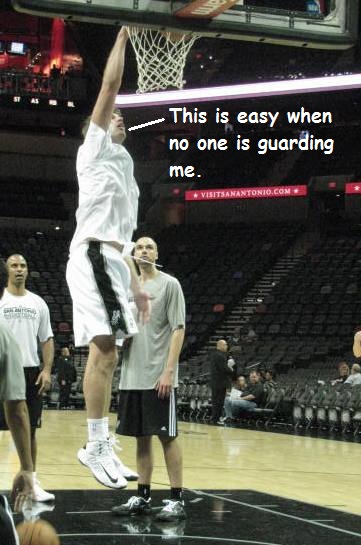 Stephen Jackson got upset after getting called for a foul in he second quarter - it's only preseason, but he still plays with emotion. 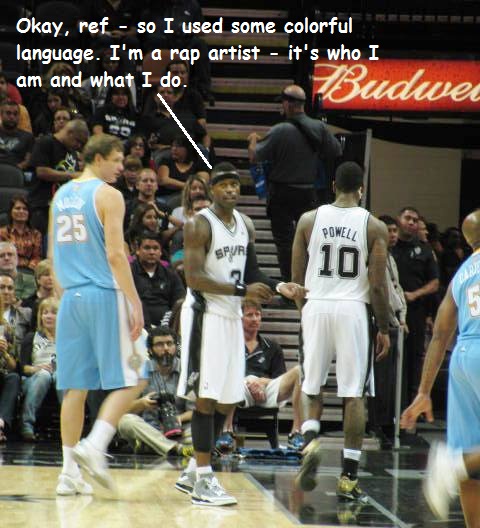 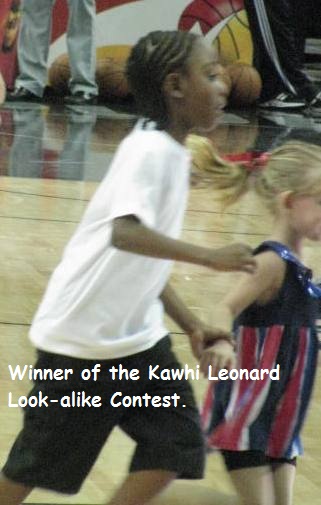 Finally, one of my favorite things inside the AT&T Center: a HUGE basketball art piece made from real basketballs painted and arranged as a US Flag. 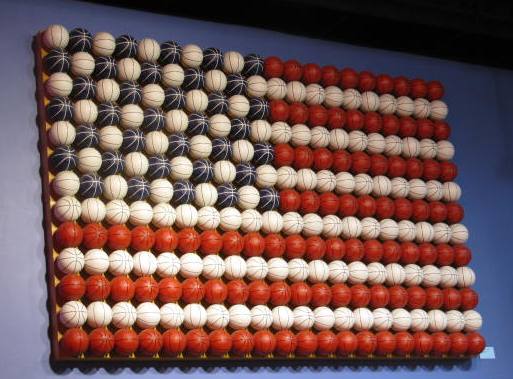