Oh, what fun! Even the third quarter when both teams combined only scored 24 points! This game was over early, and the crowd sat back and enjoyed a buzzer to buzzer convincing win. The number that counted the most when it was all over: if the score had been based solely on 3 pointers, it would have been Spurs 48, Mavs 3. Gary Neal, starting for Manu, set the three point standard early: 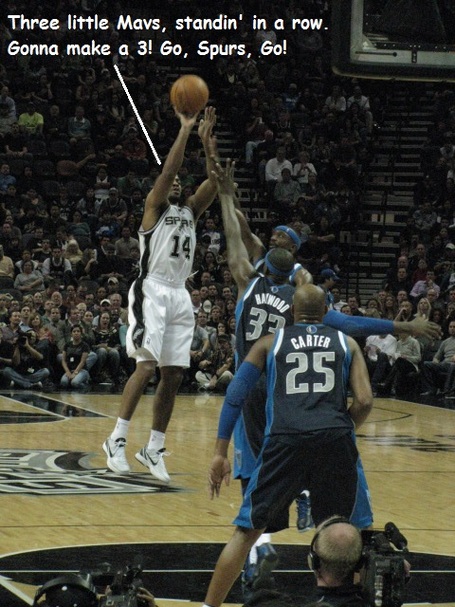 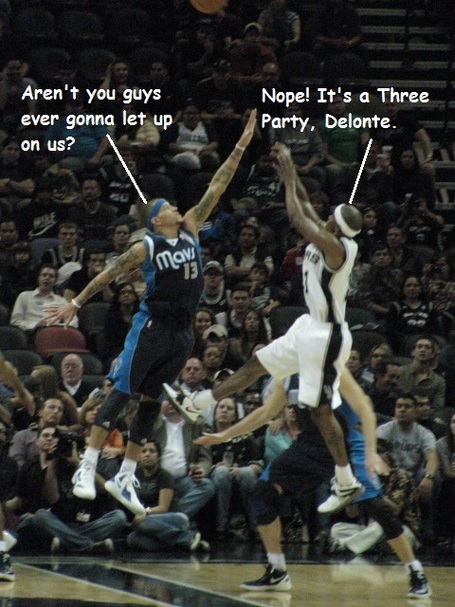 Tonight I was more inspired to take action photos, and the camera performed as though it was inspired, too. During introductions I caught the right light to get DeJuan engaging in his pregame custom: jumping into Timmy. Surely someone has told him this is not a good idea! 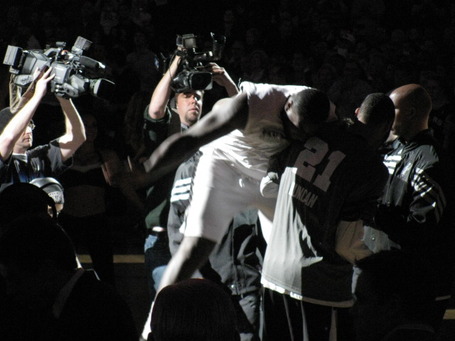 So many guys contributed to this win that no one seemed most likely to inherit Manu's SuperMan cape for the game, but Richard may have been trying. (Manu, incidentally, was watching from home, and tweeting.) 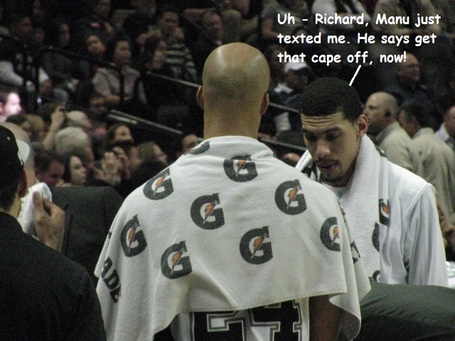 Pop was a bit more calm than during the Warriors game, but at one point he did slam the scorer's table hard in frustration about the team's lack of transition defense. He then had a word for Tony at the next timeout. 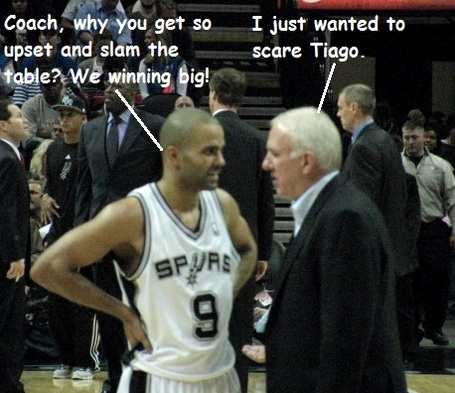 The last part of this post is about Tiago and his free-throw shooting technique. He finally seems to have developed a fluid motion in shooting them. He was 3 of 4, swishing the net on all three makes. I could not resist doing a little photo essay about it.

Tony and Tim always stop warming up before the rest of the team and sit on the bench and watch. 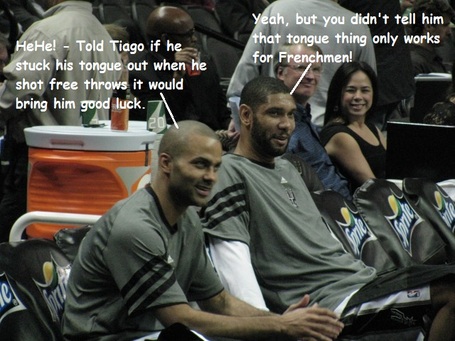 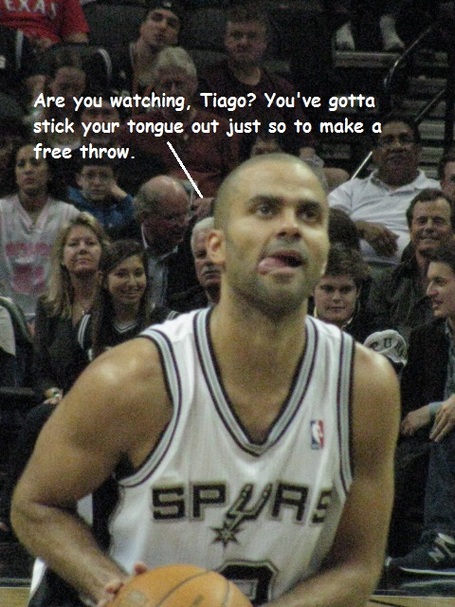 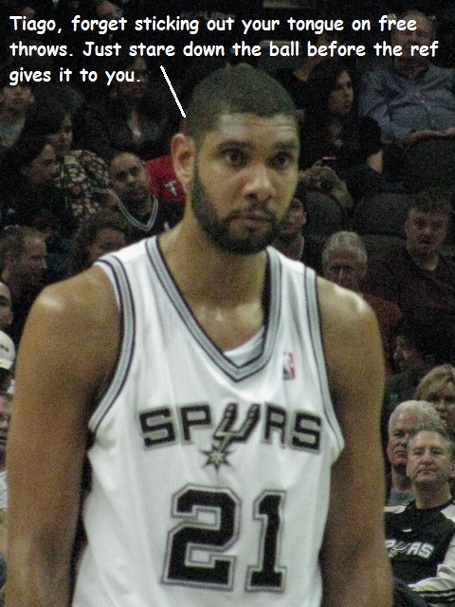 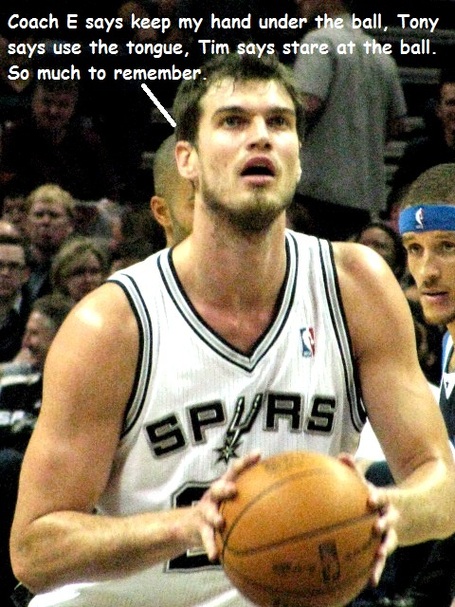 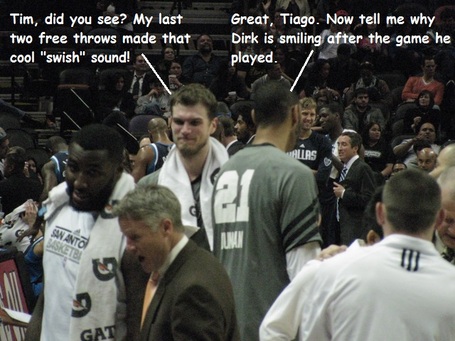 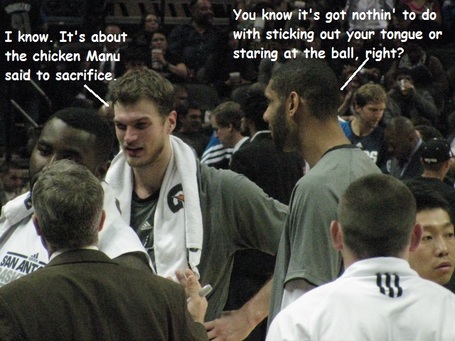 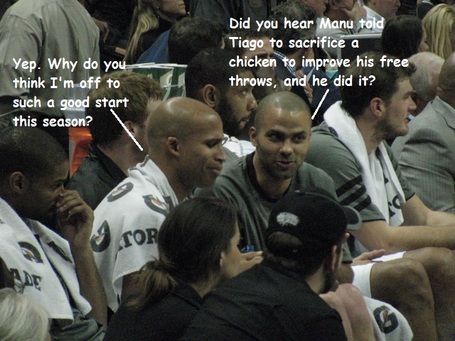 No sneaker photos this game, but here's a pic of Tim that cries out for a caption. Just remember to keep it clean, okay? 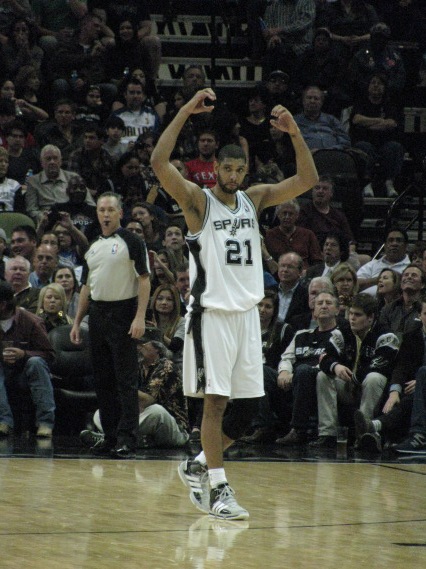