AT&T Center — The natural reaction for fans and members of the media is to overreact to dominating wins like the one the Spurs had tonight against the Mavericks. So, naturally, I will now overreact. This 93-71 massacre was better than anything San Antonio could have reasonably hoped for as the Spurs approached the second game in LWM.

(LWM: Life Without Manu - a period of time during which Manu Ginobili is dressed in street clothes during games, generally, and almost always, due to injury.)

In a game involving two teams coming in clearly worn down from a rigorous schedule, it was the Spurs who came out and delivered a quick death blow, giving the Mavs more than they could handle from the tip. Gary Neal dropped a 3-ball from the right wing just 12 seconds into the game and the Spurs would never trail from there. Not only that, but the lead would eventually balloon to 29-11 just eight minutes into the game.

The Spurs scored nearly a third of their total points during the stretch that delivered the knockout. It was a completely dominant performance by the home team on the SEGABABA, when history suggests it generally doesn't go San Antonio's way.

Neal scored nine of his 12 points in the opening period, but it was Matt Bonner that stole the show throughout. His 17 points were more than the combined total of Dirk Nowitzki (6) and Tim Duncan (10). It was nothing more than a typical night.

"That’s what Matt Bonner is supposed to do," Duncan said as his deadpan acknowledgement and general look of sincerity fixated upon the reporter. "That’s what we brought him here for. So that’s what we expect from him night in and night out from now on ... I guess."

All joking aside, let’s call this one like it was: Dallas was cooked. Don’t get me wrong, I don’t want to discount what the Spurs were able to do, but once Gary Neal knocked down those early threes it was a punch to the gut of the Mavs. Open jumpers were falling short, defensive rotations were late, Jason Kidd was chasing Neal through screens with a cane … they were spent. 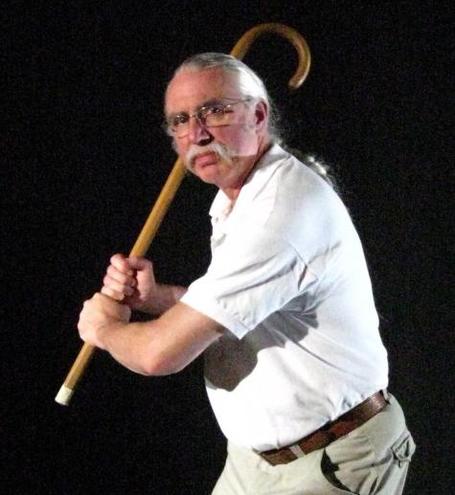 Don't you dare come off that screen, Gary!

But such is life in this lockout-shortened season. While this was a THIGAFONI for the Spurs, the Mavericks were faced with the even more dreaded FOGAFINI.

"You didn’t see the real Dirk tonight, that’s for sure," Pop said after his team's destruction of its I-35 rival. "As the season wears on, all the teams will get in better shape and get sharper and look better."

Let’s put Dirk’s night in perspective: the Dallas superstar made just three of his 11 shots while missing all three of his 3-point attempts and his lone shot from the charity stripe. Dirk, a nearly 90 percent free-throw shooter, seems to miss about as often as hell freezes over and DeJuan Blair uses his ACL's, so this was obviously not his night.

Here’s the kind of night it was: by halftime, Matt Bonner had outscored the Dallas starting five 11-8. I’ll give you a second to digest that one: after 24 minutes, Matt Bonner had 11 points while Dirk Nowitzki, Brendan Haywood, Shawn Marion, Delonte West and Jason Kidd had eight. Combined. I mean, the only person that doesn't surprise is Duncan.

And the numbers tell the story. Dallas shot 35 percent from the floor and turned the ball over 15 times, but it was a staggering 5 percent clip from the arc that doomed the Mavs. On the other hand, the Spurs dropped a season-high 16 threes on 33 attempts as they ran away and hid early.

But this game was ugly. Quite frankly, San Antonio had a bunch of open looks due to the Mavericks’ inability to get out to shooters, and the shots fell. Other than that, when the Spurs tried to get to the interior against the Dallas length, it didn’t go so well.

Despite shooting nearly 49 percent from the 3-point line, the silver and black managed less than 40 percent shooting on the game. That’s 18 makes out of 53 attempts not beyond the arc. It was ugly, but against a divisional foe you’ll take it however you can get it. "Winning ugly" is part of the game, and the teams who master this art are oftentimes the ones left standing in the championship rounds.

So let’s put this one behind us and dwell on it no further. In a shortened season it’s great for the record, but keep it in perspective: this wasn’t the real Mavericks. Is Dallas the same team it was last season? It doesn’t really look like it, but it’s better than this. 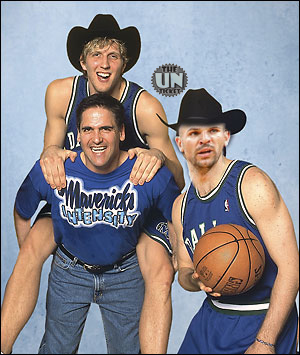 But not better than this...

For all that concern over just how the Spurs would respond during their sixth game in nine days, I failed to consider just how the back-to-back would affect the Mavericks, the NBA’s oldest team. Still, there’s plenty of reason for optimism.

Spurs fans have studied the upcoming schedule with anxiety since learning of the injury to their team's best player, so tonight was a great chance to take a deep breath. The fresh legs of Gary Neal and the sandwich-fueled stroke of Matt Bonner gave San Antonio the scoring it needed, and the increasingly impressive play of T.J. Ford as the leader of the second unit is proving more formidable than perhaps originally thought.

With this kind of adversity staring the Spurs straight in the face from the get-go, it’s clear this group is ready for the test.

2. Gary Neal — His fresh legs were crucial to the Spurs' fast start as he hit three 3-pointers in the opening frame on his way to 12 points in the game.

1. Matt Bonner — The Red Rocket was a no-brainer here. A game-high 17 points on 5-for-9 shooting from the arc will make you star of the game.