With games coming so fast and furious, I'll only post a few photos from last night and then give you links to view the rest.

Coach Pop was unusually animated last night. I caught just a few of his antics: View more at Pop Gets Animated 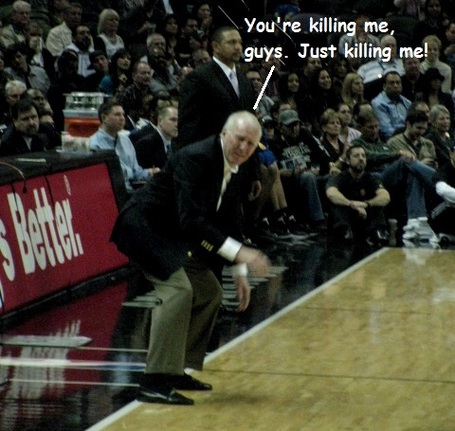 I didn't take many action photos - just wasn't in the mood, and watching Manu on the bench was just plain sad. He almost never changed expressions, and I never saw that famous Ginobili smile, even when he waved leaving the court at the half. In this photo, he seems to be trying to will his hand to heal. By the way, the surgery went well, according to Many, his wife, and he was out of surgery shortly after 9:00 a.m. The procedure will give more stability to the bone and maybe let him begin rehab earlier.

View more of Manu on the bench at The Sadness . . . 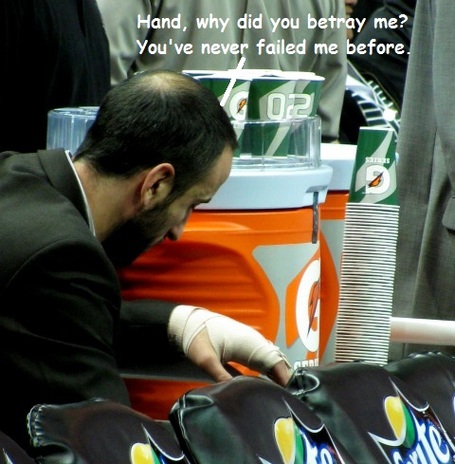 And just a few game photos - Tony and Tim had moments with the refs, with Tony using his best body language to voice his disapproval.

More game photos can be viewed at Spurs 101 - Warriors 95 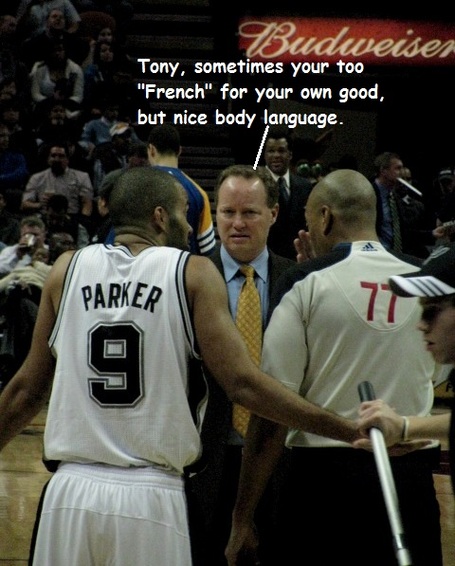 And the sneakers from the last game belonged to Sean Marks. Here's another -