Welcome to the fourth installment of my very own, JRW-mandated series "Coach Pop Culture Lessons," where I comment on things wonderful and terrible in the world of entertainment, and desperately attempt to connect it to the Spurs.

There's a mole right at the top of the Fiesta.

He's been there for years.

If this season takes a turn for the worse, worse than it is already, there are only a handful of men who would be in such a position to commit that level of athletic espionage.

Let's take a look at the suspects. 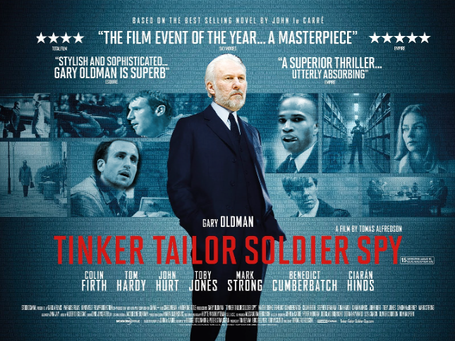 You'll notice my man-crush remained unmolested. I also forgot there was a woman in this movie.

1. Carpal. Manu Ginobili's debilitating, freakish injury led to many expressions of impotent rage and despair, and the Spurs have managed to do alright since (all things considered), but potential injury looms like a spectre over this team. Not just because we're old--we're not, really, don't tell BSPN--but because a championship season requires luck as well as skill. It was bad luck, followed by extraordinarily good luck, that got us Robinson and Duncan in the first place. Tank the season? No, not necessarily, but you never know when we'll find it happening anyway, against our will. Are Manu, TJ and Gary Neal merely outliers in this already bizarre season, when so many teams have also suffered injuries? Time will tell.

Evidence: Circumstantial; Anecdotal; the fact that we miss Manu dearly

2. Princess. An easy mark; Spurs fans have been rightfully suspicious of Richard Jefferson since he failed to deliver in his first year here. We've seen flashes of brilliance, then slumps. Right now, he's in a slump. Was RJ 3.0 a mirage? Or are his struggles just a symptom of a recurring team-wide problem? Does he need TJ Ford as much as I'm on record as saying he does? Does RJ even have the power to single-handedly earn--or lose--the Spurs a championship? So many questions. So many questions.

3. Sandwich. This isn't just code for the Spurs' most polarizing player, Matt Bonner*, but is representative of the kind of passive, ugly defense that makes Pop wax hyperbolic, and drives £'rs far and wide to drinking heavily. Even if--IF--defense doesn't win championships, it can sure lose them. Others among you can write at length about this, so suffice to say the numbers are not on our side so far this season, and things have to get better, and fast.

Evidence: Statistical; "Who are you going to believe--me, or your own eyes?"

4. Old Man. Wait, what is Pop doing on this list? He's the one conducting the investigation! That would mean... is our Front Office no longer the best in the business? Pop is now the ranking "top dog" on the Jackson-free Totem Pole of Coaches, so he has nothing left to prove. For every expertly-drawn game-winning play, there are complaints about his rotations, stubbornness, and possible drunkenness (that last one I wouldn't really see as a complaint.) Is the mole at the top... really at the very top?

Skullduggery aside, this is just a discussion starter. What do you think is this team's biggest liability? And should I give up on waiting by this rotary phone for my inside man to contact me?

*Although it could be referring to Blair's fluctuating weight. Jury's still out.