The monkey is finally off their backs! The San Antonio Spurs return home with their first road victory of the season against the Orlando Magic. This was a big moral victory for the team, that is very young outside of Duncan, Parker, Bonner and RJ. Although road games will always be tougher, especially in LWM, the victory gives the young players some relief from the pressures of being the only +.500 team to not have a road victory.

After two difficult road games in Flordia, The Spurs (10-5) prepare to face the Keith Smart led Sacramento Kings team (5-10) with their brand of young, athletic and inexperienced play. You never know what to expect with them.

The Sacramento Kings arrive in San Antonio following an impressive comeback victory (92-88), where they outscored Georgie's Indiana Pacers 26-8 in the forth quarter.

Spurs come back home with a classic-Spurs style victory, grinding out a victory, despite the game being super ugly. They were led by Tony Parker, who was on fire in the 4th quarter, scoring 14 of his 25 points to lead the way.

After two difficult games, Spurs get a little treat with the Kings. They lack the experience and consistency to win at that next level, but are always potentially dangerous if you do not take care of the ball.

Pop should have the opportunity to rest his older players and focus on teaching the younger guys how to play within the system. Additionally, this game can serve as a way for players, such as James Anderson to work his way into a routine that breaks him back into the rotation. 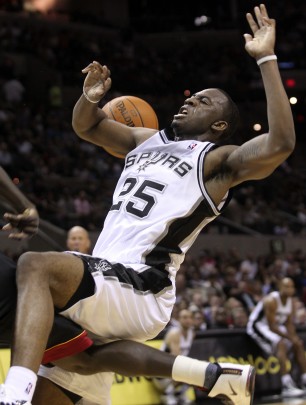 However, with each and every game in this shortened season, you never really know what to expect. Although the Spurs only recently pulled off their first road win, as of January 18th, only two teams in the western conference have more than 2 road wins (Denver at 4-3 and OKC at 6-2).

Looking at the team at the moment, there are some items to be happy with and some items that could use some work.

In order to win, the Spurs must...