A New Identity for the Spurs?

Share All sharing options for: A New Identity for the Spurs?

Take the hard-working approach of Skynyrd on both sides of the floor, combine it with the way DeJuan Blair keeps pressure on his man to chase him as he begins every offensive possession sprinting down the court for the chance at an easy bucket, added to the way Mean Joe Green never takes a play off (or even PART of a play) - it seems to all be working toward creating a new identity for this squad, which is just what's needed.

It's not like the team's sense of self is in trouble without Manu. We see Parker and Duncan still playing nightly, and occasionally teaming up with sparkling efforts like they did did against Houston and Phoenix. But for anyone who has hasn't been able to watch every game, there's an ever-increasing amount of time being played without any member of the Big Three on the court.

These are the stretches where the team used to go immediately go into a funk on both sides of the floor, resulting in a TQC, regardless of which quarter it happened to be. Skiers call such events yard sales: a wipeout where skis, poles, hats, masks and gear of all kinds fly off the person in question, and the end result looks like something in front of which you could set up a table, pull out your change and start taking best offers from passersby. 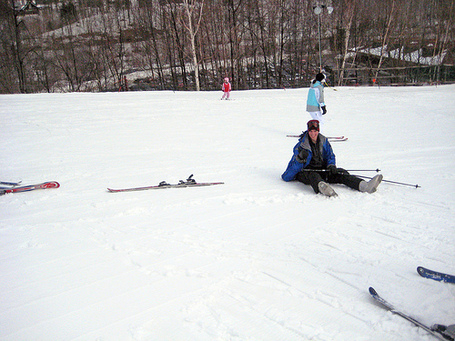 Anybody want these? I'm not using 'em.
via farm3.staticflickr.com

But those moments are fewer and farther between, and what's often happening instead, is Pop deciding that things are going well enough that he's happy to hold off on returning Tim and Tony to the game, to see just how long the youngsters can stay up on those wobbly legs. The season began with a number of Green Circles, and Blue Squares but as the year goes on, there will be plenty of opportunities to see if they can handle the Double Black Diamonds. Letting Kawhi Five Oh and the Downhill Gang take on that kind of trail doesn't just save the knees of Old Man Timmeh, it also earns experience that can't be overestimated, and that will be tested all too soon with a Florida BABA on the map for this week, with roadies at Miami and Orlando.

Dress warm, boys. Those mountains can be cold and unforgiving.

I'm seeing some comments lately about how Richard Jefferson has had two sub-par games in a row, and quite a few of you seem to be ready to get the Panic-mobile ready for an early January cruise. Look, I'm not to the level of SfS, where I can tell you what's going to happen weeks from now, but last night I saw all I needed to see from RJamnesty to let me know I don't want to hop on the doubter's vehicle just yet. 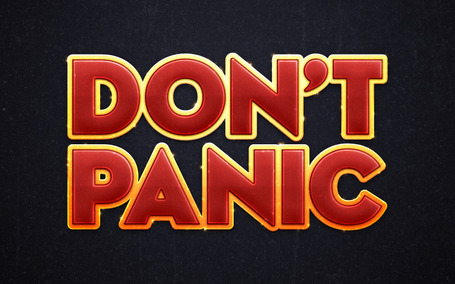 RJ's 3 point shot has certainly been falling at rate that's both unprecedented and unsustainable, so the prudent fan would expect some sort of drop-off, and take courage from the fact that last night when chased off the 3 point line, RJ3.0 pulled up from 19 feet and comfortably, calmly and cooly drained a jumper without hesitation. Over the last two years, the seasoned Spur fan came to know from a glance at Jefferson's body language whether he was in Rage mode, or whether to expect another tepid game from Princess Peanut, but even more than the set of RJ's shoulders and his sharp shooting from the arc, I've come to depend on how he looks when he's taking something besides a three pointer with his feet set.

That shot he swished last night made me as happy as the fact that he still looks engaged on defense. So, c'mon £ers, let's give the guy a few games worth of support before we jump ship. I think he's earned that much from us through his good play so far this season.

Enjoy the rest of your holiday (for those who didn't have to work, like I did) and we'll see you in the comments.