Phoenix. The Suns. Our old buddies from the Valley. This season, I've been fortunate to be able to preview some games for PTR against some teams that our beloved Spurs have a lot of history with. To start, I did the second pre-season game against Houston.. Next, I had opening day against the Grizz. I think I have a Mavs game later this year. And, goodness, then there's the Suns. Where to begin?

The Glory Days
via thehoopdoctors.com

They were on top of the league in the regular season about five years ago, during the Seven Seconds or Less era, only to run into a magical thing called defense in the West Finals. Then there was the 07 scorers table incident, Duncan's 3 at the end of Game 1 in 08, Ma$e's Christmas Day 3 later that year...and with exception to a few more... I think it's kind of been downhill from there. They got big revenge, sweeping the Spurs out of the 2010 semi's - how embarassing. Manu got injured against them last spring, correct?

And now, I gotta rant for a bit, sorry all. Let me put on my Sam Kinison beret for a second. I'll be first to tell you, as if it isn't noticeable enough already, that I'm not so great when it comes to breaking down the finer aspects of the game - like matchups, points in the paint, who's faster than who, back to back game road winning percentages, and who plays better if we bring Bonner of the bench when DeJuan doesn't change his socks for three days.* I will leave that to you folks, the much more intelligent members of PTR. But one area of our team that absolutely must get better before it gets any worse is their darn free throw shooting! Let's make 'em tonight! If there's one way I wish our guys would be more like the Suns, or dare I say it - even the Mavericks, Steve Nash or Dirk Nowitzki - it's how they all shoot free throws. Per hoopdata, the Suns are the 3rd best free throw shooting team in the NBA - and I highly doubt this will change by tonight - at just under 80%. The Mavs are 12th at 75.4%. The Spurs are 21st overall (10th in the West), at 72%. Every team in the Southwest Division, with the exception of Memphis, beats them at the line.

The Western teams with worse free throw percentages are the Clippers, Grizzlies, Jazz, Warriors, and Timberwolves. Two of those five teams might make the playoffs. We saw first hand Tuesday in the closing moments against Houston (who also may not make the playoffs) - and countless other times - just how key those extra points can be down the stretch. For the record, we missed only 5 free throws in that game. But when you only shoot 17, and 3 of the misses come at a critical point...you get the idea. It might have sealed the victory, and prevented overtime, or it night not have, we'll never know. But, I prefer to err on the side of caution. And given our teams current health and age, I have a feeling we're going to need every one of these close wins. I cannot stress this enough. Putting on my coaching hat for a second - and stacked on top of a Kinison beret this'll look pretty goofy, I know - free throw shooting is something I'd make every player practice everyday. Steve Nash is a career .904 shooter from the line for a reason - and he's said it numerous times - because he practices a rhythm, daily. Dirk, .877 for his career, is the same way. It's a guaranteed 3 - or 4, because he can hit three pointers - point play if he get's an And-1. He can do it in his sleep. And it's a difference maker. Through 11 games our two best free throw shooters (Manu, and TJ) are injured. Four of our starters (Tim, RJ, Blair, Neal) are below 68%.

Phoenix, who has started the exact same lineup every game through their first 10, has one starter at .588 (Gortat). Dare I say, with the rest of the other regulars pulling their load, and given Gotat's other strengths, this is actually acceptable! All others are above .727. Dallas is just as good. The only player who has started all 11 games this season with a bad percentage is Brendan Haywood, at .419. Yea, news to you too, right? Dirk, Marion, VC, Delonte, and Kidd are all above 78%! I'm jealous! Now I get that 10 and 11 games is not long into a season, but this has been fairly consistent for...long enough. If there's a time to nip this in the budd, this is it. Remember we're down a few key players? I don't care who you are, how much money you make, how much you play - or how little. If you're on my team, you will make free throws - 100 of them everyday before you leave - or you're fined - and benched. Until it's like drinking water - or in Pop's case, drinking wine. And you only get 125 attempts. That'd put you at 80%. Yea, upping the stakes, eh? That's Coach Ed's rule. And here comes Coach Ed's pink slip. Can I at least keep my hats?

Bottom line, if the Spurs get better in this area, the wins will come somewhat easier, they'll be by larger margins, and our losses will be by lesser margins. Our shot selection, and theirs will be different at the end of games, ultimately effecting the final plays. I'm not saying it's the answer to all of life's problems, but I do believe it is a step in the right direction. I know we can do this tonight. Let's rock. 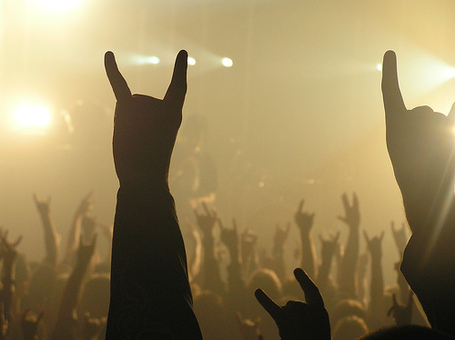 *I have no evidence that any of this is true, although, I am definitely an advocate of changing your socks on a daily basis. But to each his own.

UPDATE: Both Hill and Nash are day to day, and may not start tonight.