RJ, are you for real?

Share All sharing options for: RJ, are you for real?

Growing up in a very conservative home, I was never told that Santa Claus was real or that he'd bring us presents. My parents, for a variety of reasons, never felt it necessary to tell us that some fat guy from the North Pole was going to give us the presents they had bought us (why give him credit?*). Part of our Christmas tradition became reading the book "Santa, are you for real?". It's a heart warming tale of the real St. Nicholas and his exploits.

Having just come out of the holiday season and enjoying some Spurs basketball, I took notice of a seemingly much-different Richard Jefferson. Now we all remember RJ2.0. He started off really, really well last year and even ended up with some very nice stats, but he faded. In fact, he faded quite badly down the stretch; so much so that we didn't even seem him in the last half of the final playoff debacle game. So the question is now RJamnesty, are you for real? 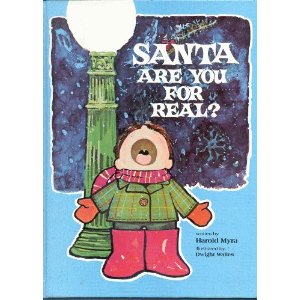 I hope he's real. Rage has been somewhat of a thorn in the side of us Spurs fans. He was brought in as the missing piece. He was going to push this team over the top and on the their 5th ring. Then he played a game. All was at an end! What had the "Greatest Front Office" in the league done? Why were we playing this guy who looked lost as a baby lamb that's...lost? Clearly, it was a failed experiment and we'd just have to overcome it somehow.

Then, miracle of all miracles, Princess Peanut opts out of his crazy contract. Well, what do our beloved Spurs do? Re-sign him of course . Now realistically there were no better options at SF that the Spurs could afford. RJ then came out and made the FO look really smart, which they are. He shot great, rebounded and even played some defense. Sound familiar? 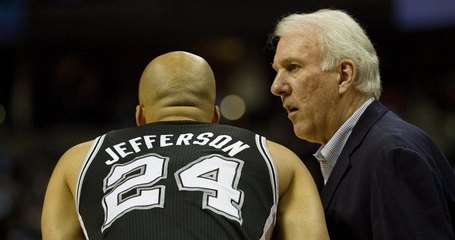 So what am I to think? I've been burned by RJ 2.0 once and I'm afraid RJ 3.0 is going to take me on a wild ride only to break my heart when it matters most, the Christmas season of the basketball year, the playoffs. Now maybe it's presumptuous of me to think the Spurs are a lock for the post-season...or at least have really good odds, but is it really? We've got the core, we've added some youthfulness, and we have the GOATPUFF and The Sickness (and Tony...Heeeee's GREAT!). With the team San Antonio fields I have a hard time seeing them miss the playoffs. So what I want to know is Richard Jefferson going to be a factor when they get there?

Here are RJ's stats thru the OKC game from Basketball-Reference.com:

The thing that jumps out is the crazy 3 point shooting percentage (58%, what?!), but besides that RJ is ranked 11th in PER among Small Forwards. To me the biggest improvement is in the WAY he's playing. The attitude is better, and he's showing a hunger and desire that I haven't seen. Also, it doesn't hurt that he's getting his rotations and spacing down. I can't imagine that RJ is capable of playing any better than he has been. Can he?

This leads me to believe that RJ 3.0 is not for real. Hey, fool me once shame on you, fool me twice, shame on me. I love seeing Jefferson play well and with confidence, but I can not get over what happend late last year. He simply couldn't keep the good play going and he lost it mentally, in my opinion. That said, I'd still take this play with a big fade at the end over what he gave us in year one, which was just brutal. I would love to see the improvement from last year stick, but I'd also like to get a ton of free gifts from a jolly guy living at the top of the world.

I guess I'll believe it when I see it.

*(In case my mom reads this) That wasn't a real reason my folks didn't do Santa with us, but it is one I'll be using.