Share All sharing options for: Cream Rises to the Top: Argentina 84, Dominican Republic 58

The first half of this game was close, with Argentina ahead by 39 - 33, in spite of a 13 point second quarter by Manu. In the third quarter, the Dominicans closed to within 4 (51 - 47) with 2:43 left in that period. Then the cream started to rise, and Argentina outscored them 33 to 11 in the remaining time. (For those of you too young to remember such things as milk coming in glass bottles, the cream would rise to the top of the bottle and it was a treat if Mom would let you drink the cream when the bottle was first opened.) Scola and Manu again led the scoring with 25 and 17 respectively. Argentina capitalized on DR's 15 turnovers, scoring 26 points on turnovers to 2 for DR. Perhaps the oddest stat of the game was that Argentina had no points from either of its two point guards, Prigioni and Sanchez. Neither is known as a shooter, and between them they only took 3 shots. 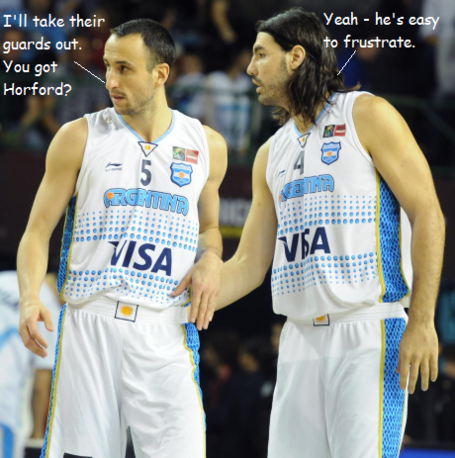 The surprise of the game for Argentina was the play of Frederico Kammerichs, starting in the place of injured Nocioni. He had looked dreadful against Brazil yesterday, but in this one, he found himself. His 10 points were impressive, but his four blocked shots were amazing. He also pulled down 9 rebounds. Here he is congratulated after the game by Fabricio Oberto (who played 12 minutes today with 3 points and 3 rebounds). 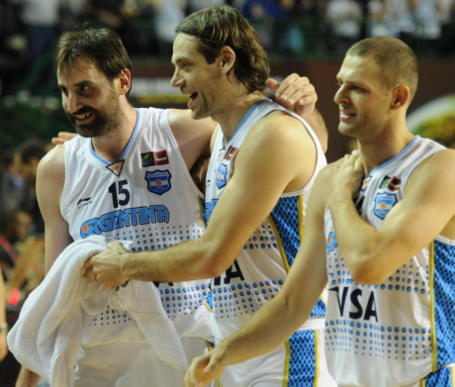 Manu skinned his nose in this one - little wonder as he was hammered on drives to the basket, but what's new? 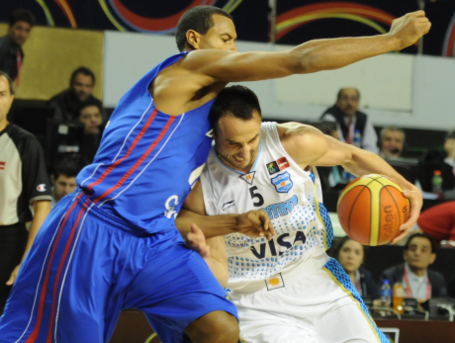 Julio Lamas may be the calmest coach I have ever watched. I have yet to see him yell at his team in a huddle, even though he had pretty good cause in the third quarter today. He speaks in measured tones, drawing up the specifics on his whiteboard. The commentators called him "The Professor" - I think the name fits. 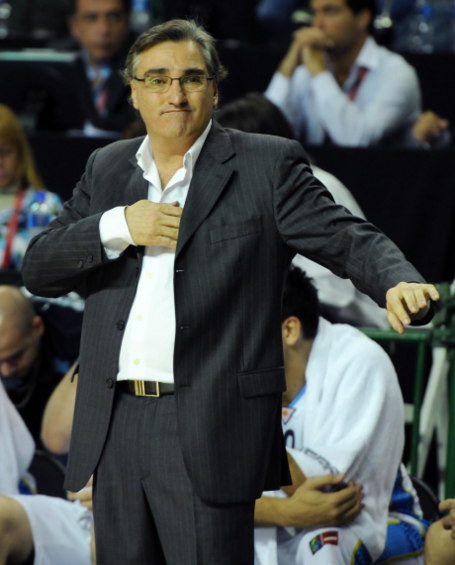 This is a great photo of what could have been called a jump ball, but ended up as a foul on Manu: 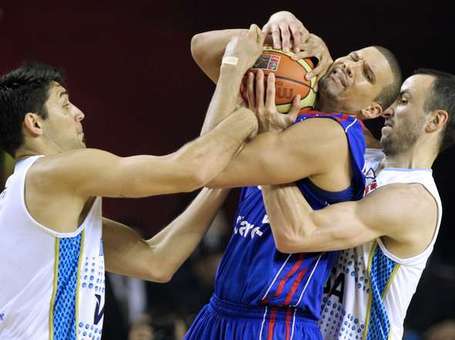 Finally, there is a really nice custom in FIBA ball: teams applauding their fans at the end of the game. 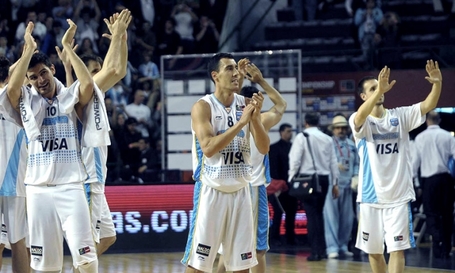 After playing 8 games in 10 days, Luis Scola soothed his knees with an ice bath. 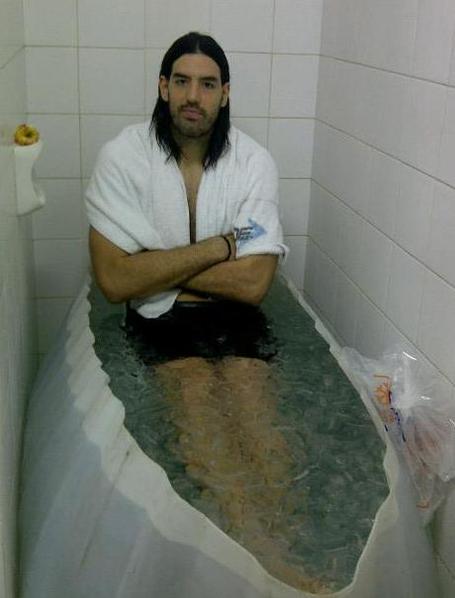