The FIBA Americas tournament kicks off on Tuesday with eight of the ten teams seeing action on the first day. The games are being played at the Polideportivo Islas Malvinas Stadium in Mar del Plata, Argentina, a beautiful city by the sea (but forget the beach - it's winter in Argentina). The stadium has undergone some renovations for the tournament, not the least of which is "the cube," a large NBA-style lighthouse scoreboard suspended over the center of the arena, the first such scoreboard in the country. 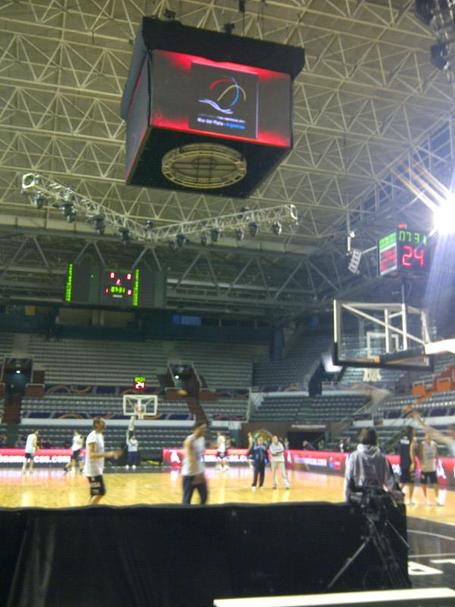 Spurs fans interested in following the action may do so via computer at ESPN3.com or possibly through ESPNDeportes. Tiago Splitter and his Brazilian teammates take on Greivis Vasquez and Venezuela at noon CDT. Manu and the Argentines tip off against Paraguay at 4:00 p.m. CDT. Brazil and Argentina are in different groups for pool play, and each is favored to win their pool.

In a column for LaNacion, (Buenos Aires newspaper), Manu wrote that his goal in the games is not necessarily to be a scorer, but to be a creator of the game. He also cautioned the excited fans in his country not to expect every game to be won by 30 points or to be a show of dunks.

Prior to the Argentine game, opening ceremonies will be held - an extravaganza with some 60 performers, everything from acrobatic dunkers to rock stars. A large tent, 150 meters by 25, erected outside the arena houses a Fan Zone with various games, a merchandise area, and various food booths (I didn't see alfajores on the menu, though).

The Argentines held their final workouts today, and one of the photos just begged for a caption. 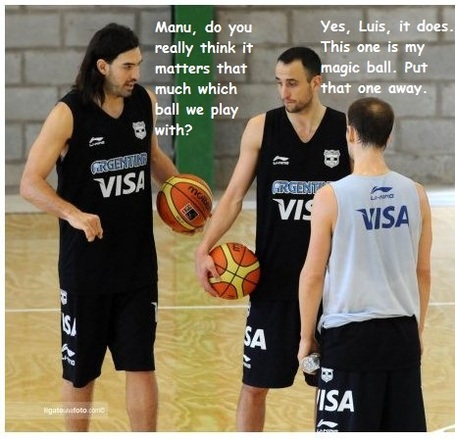 Manu and Scola have been playing together so long they can remember when Manu had no bald spot and Luis had short hair. 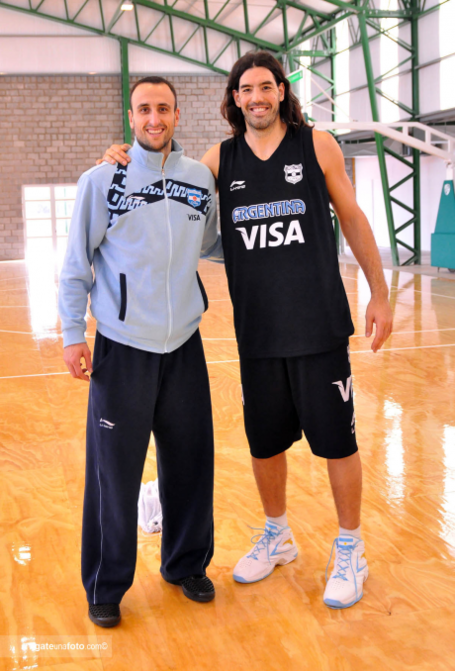 Two other players have been part of the national team for many years: Andres "Chapu" Nocioni and Carlos Delfino. Delfino turned 29 on Monday, one of the youngest guys on the team that averages 32 years. He will most likely sit out the first game against Paraguay with tendinitis in his ankle. Fabricio Oberto also will miss the first game, as a precaution against aggravating a muscle tear in his thigh. 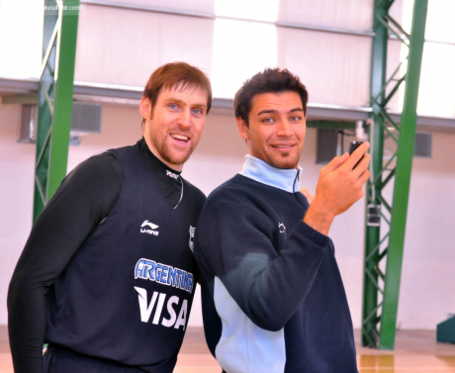