The San Antonio Spurs had four picks in the draft. Naturally, the 59th – second to last of all the draft – was the more mysterious one. With this pick, the franchise selected Hungarian shooting-guard Adam Hanga, a 6'7" 200 pounds swingman. Just 22 years old, the prospect hasn't yet played in a big league. But he has just been transferred to Assignia Manresa in Spain, from his previous team, Albacomp-UPC Szekesfehervar, in Hungary. 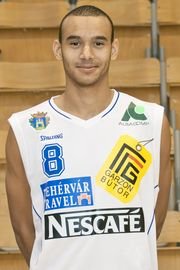 In the domestic league, he was in the spotlight. Last season, he played 39 games and averaged 17.6 points, 4.4 rebounds, 3.4 assists, and 2.8 steals per game. Now, playing in the ACB League – probably the strongest national league on Europe – he will be able to test his skills on a higher level.

In touch with the Assignia Manresa media crew, we managed to talk with Hanga via e-mail. Among other quotes, he revealed that he sees himself with the same kind of role Manu Ginobili plays with the Spurs. He also said that his speed and his power jumps are the strengths of his game, but he has to improve his defense.

Spurs Brasil – This looks like a big summer for you. Being drafted for the San Antonio Spurs and transferred to the ACB League to play for the Assignia Manresa. Are you happy with these changes in your career?

Adam Hanga - I’m very happy to play Assignia Manresa next year. I hope to provide all that I can for this club.

SB – ACB League is probably the stronger national league in Europe. Is it a good challenge to you?

AH - Obviously, play in ACB League is a challenge for me and my career. I know that I’ll improve as a player.

SB – Have you already seen the training facilities of your new team?

AH - Yes, I stayed in Manresa two days for my medical revision, and I have to say that the facilities and the technical team are very agreeable.

SB – Playing in the ACB League, you’ll be facing Erazem Lorbek, another San Antonio Spurs player who’s going to play at Europe (he’s a PF for Barcelona). Do you intend to talk to him?

AH - Erazem Lorbek is an exceptional player, and I hope to speak with him, play against him and win. 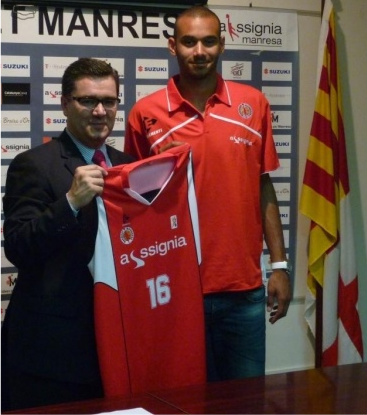 SB – Is you intention to come play for the Spurs? In witch season are you planning to do this change?

AH - I don’t know what my future will be, now I’m a player of Assignia Manresa and I’ll try exploit and enjoy this moment.

SB – How do you see yourself fitting in the Gregg Popovich’s team? Are you more a defensive swingman, like Bruce Bowen, or a scorer shooting guard like Manu Ginobili?

AH - Gregg Popovich is a very good coach, and of course I’ll see myself playing in his team. I’m more like Manu Ginobili, I have to improve my defense.

SB – What are the strengths and the weakness of your game? Describe yourself for the fans!

AH - My strengths are speed and power jumps, and a weakness is the defense, especially when guarding smaller players.

SB – I read that you had been in San Antonio. Do they talk to you about your game? What aspects of your game did they ask you to improve?

AH - A basketball player always have to improve more things. In my case, overall defending and specific defensive techniques.

SB – Is your intention to play for Hungary at the Eurobasket? What are the chances of your national team?

AH - I will like to play for Hungary, but now I’m thinking of my new team.