After undergoing knee surgery at the end of the NBA season, Luis Scola had been putting in extra time in rehab. Some wondered if he would be 100% by the time the Tournament of the Americas rolls around the end of this month. Against a stubborn squad from Uruguay, he proved he is back: almost 25 minutes played, 21 points, 8 rebounds, 2 assists, and 2 blocked shots. Twelve of his points came in the third quarter, when Argentina buried their opponents with a 32 point barrage while giving up only 11 points. At one point Uruguay went 3:29 without scoring. Argentina's rebound lead after three quarters was 38 - 21, and Uruguay had no second chance points in the game.

Manu played about 18 1/2 minutes and only took 6 shots, finishing with 8 points. Uruguay played some strong defense against him. He played some tenacious defense of his own, grabbing 4 defensive rebounds and blocking a shot. Oddly, he shot no free throws during the game, and committed 4 personal fouls. Like the rest of his teammates, he was mostly cheered by the crowd who had come to see the Golden Generation, but after his first turnover, he was greeted with catcalls. 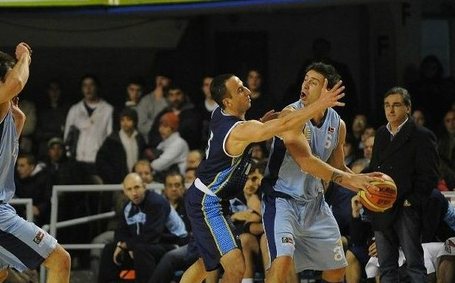 Evidence of the tough play: 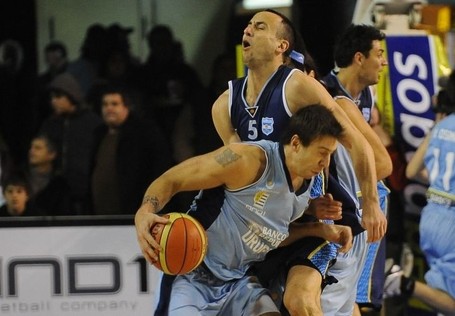 Of equal importance to the game against Uruguay was the mode of transportation for the Argentine team. Continue reading after the jump for this sidelight story. 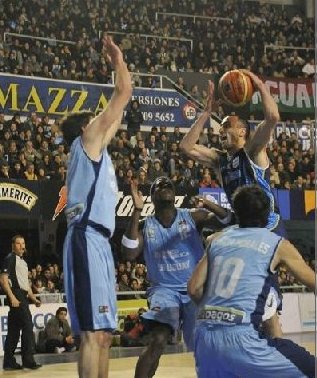 The game was played in Montevideo, Uruguay. The fans, while supporting their home squad, showed great affection and appreciation for the Argentines. At the close of the game, the Argentine team stood on the court and applauded the fans, and Scola posted a thank you on Twitter.

As a sidelight to the game, Argentina flew to Montevideo on a plane described by Juan "Pipa" Gutierrez as a "mosquito." Admittedly afraid to board the tiny aircraft, he posted this photo on Twitter. 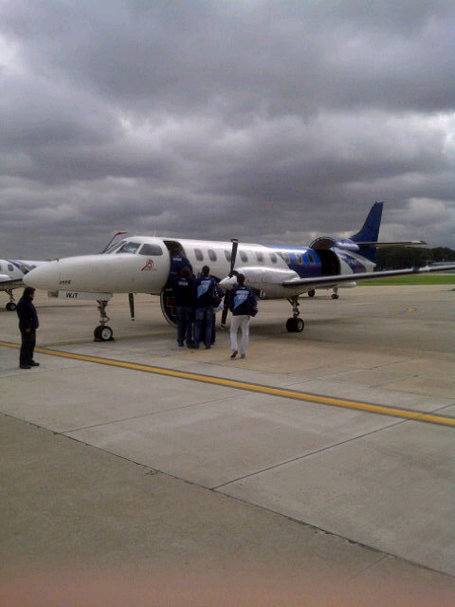 I hope the flight was short, as the small plane left little room for tall men to stretch their legs. Gutierrez also posted this photo inside the plane before takeoff. Players were assured by their pilot that he had "experience." 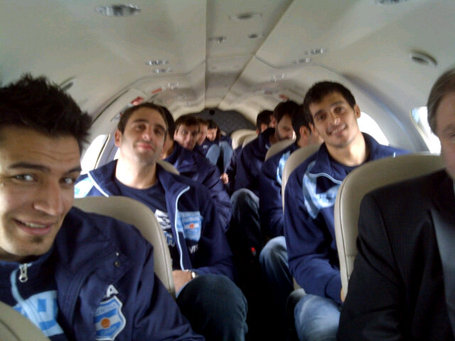 And how did Gutierrez play in the game? Quite well, thank you - he kept Argentina in the game in the second quarter with 6 points, 6 rebounds, and a blocked shot in the quarter as the Argies led 32 - 23 at the half.

PS - They made it back to Buenos Aires this morning. Manu seemed to have doubts about the plane as well, tweeting about how small the wheels were ("De estas rueditas dependemos para llegar A BsAs...Que chiquitas que parecen!"). Upon landing, Scola tweeted that the flight was "vuelo tranquilo" or very smooth. 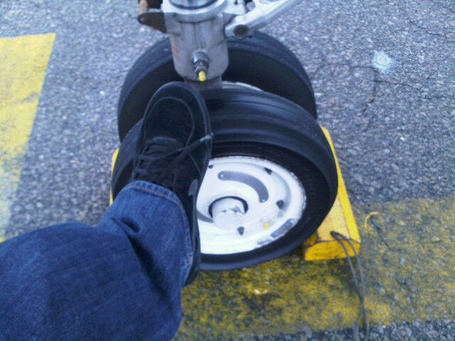