After doubling-up Venezuela on Sunday night, the boys of the Golden Generation encountered a more combative Venezuelan team in a rematch played Tuesday night in the city of Rosario. A slow first half by Argentina had them up 39-38, but they slowly pulled away in the third quarter, outscoring the visitors in each of the last two periods by 8.

Manu played 27 minutes and led all scorers with 19. Eleven of his points came from the free throw line. With a minute left in the third quarter, he was fouled hard driving to the basket, and a flagrant was called. When Venezuela protested, a technical was added to that, and Manu made four free throws in row. He was 0 for 2 from the three point line, and seemed to be making a conscious effort to the drive the lane (recklessly a few times - I actually got to watch this game on the Internet thanks to a link from Jalberto). 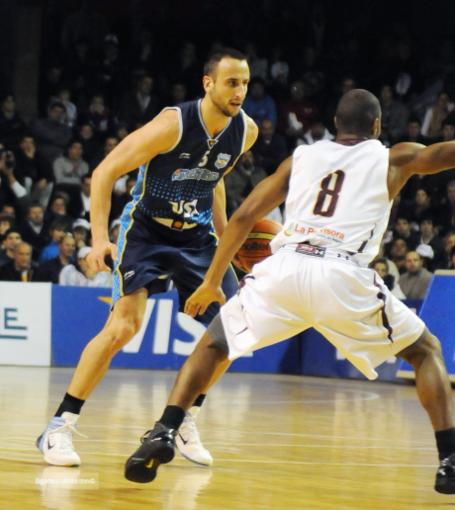 Fourth Quarter Highlights - watch at about :55 as Manu & a Venezuelan have a little"chat" under the basket (and they call these warm-up games "friendlies").

Each team was missing a key player: Carlos Delfino (laryngitis/sore throat) for Argentina and Greivis Vasquez (foot/ankle) for Venezuela. Delfino's ball handling and defense were missed, and his absence also explains why Manu played more minutes tonight. Oberto played only four minutes before developing muscle tightness in his thigh, and "Pancho" Jasen left the game early in the second half with a nasty cut on his lip.

Missing also was much of Manu's hair, thanks to a midnight haircut begun by Fabricio Oberto and finished by Delfino. The bald spot had been enlarged a bit and their was a lack of symmetry at the temples. After the game, Manu donned a referee's shirt and "teed-up" teammate Andres Nocioni, no doubt to stop the endless teasing he was getting.

I found it interesting that a trophy was awarded at the end of the game. The crystal piece on the table in front of Manu was presented to him as the outstanding player of the game - it looks like a giant wine glass (would be nice filled with a good Malbec). 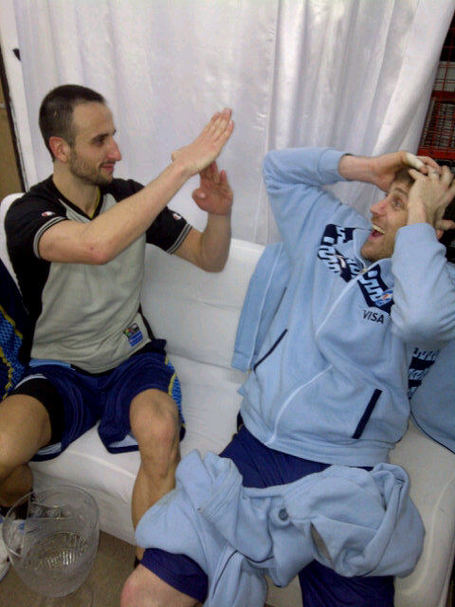 More views of that haircut, these from Herman Solares, an Argentine amigo: 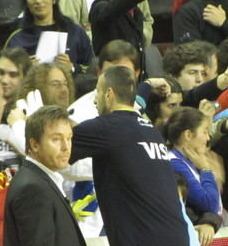 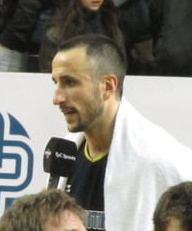