Manu and Friends Take Greivis and Pals to School 106 - 53

Share All sharing options for: Manu and Friends Take Greivis and Pals to School 106 - 53

In what was supposed to be the toughest game of the four they have faced in getting ready for the FIBA Americas, Argentina walloped Venezuela. Before the game, Greivis Vasquez (of the Memphis Grizzlies) was interviewed and said that Manu was his idol. After the game he probably had some words of praise for Carlos Delfino, who guarded Vasquez, holding him to 2 points and twice stealing the ball from him in the eight or so minutes of action Greivis saw, all in he first quarter. By the end of the first quarter, it was Argentina 35, Venezuela 8, and the boys in blue never looked back. And how did Vasquez' idol fare in the game? Continue reading after the jump to find out. 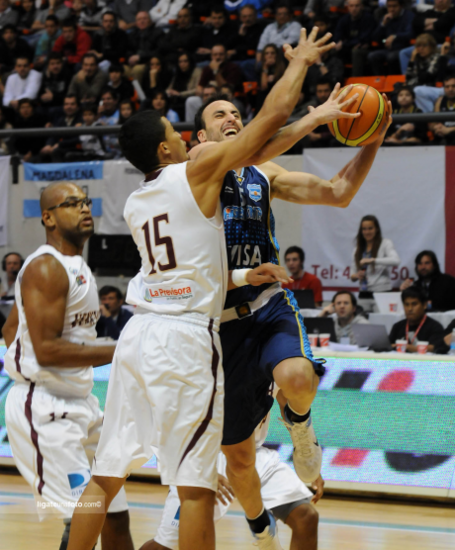 Link to highlights is in the comments

Manu played the entire first quarter, going 4/5, including 2/2 in threes, 2/2 in free throws, grabbed one rebound, and had three assists - all in that quarter. He sat out the second, then played about 7 minutes in the third, adding 10 more points. He also uncharacteristically picked up 4 fouls along the way. He thought he was done for the night, but the crowd began calling for him to come back into the game in the fourth quarter, so Coach Lamas reinserted him for the final 3 minutes. His line for the night: 6 of 7 made (4/4 threes), and 6/6 free throws.

After the game, Manu said, "We played almost perfect." Luis Scola said that, "Venezuela quit ahead of time," unlike Cuba in the previous game, who played hard the second half. Perhaps the best thing about the game was that Fabricio Oberto returned to the court after ten months of absence, playing around 10 minutes. 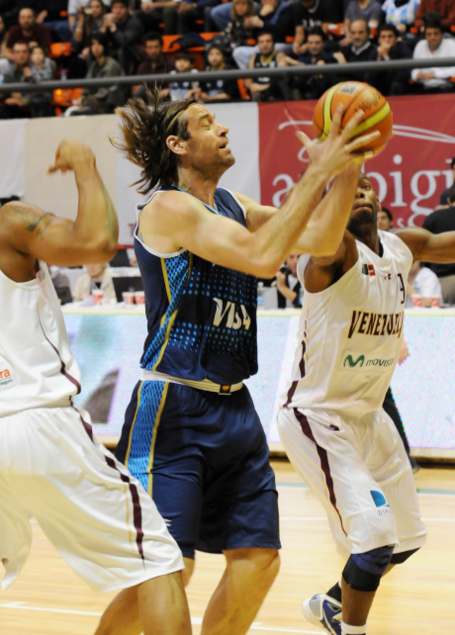 Fabricio played around 12 minutes and was 1 for 2 from the field with 5 rebounds, but had 3 turnovers. The next "warm-up" game for Argentina comes on Tuesday, again against Venezuela. And my Spanish continues to improve slowly. I actually listened to this game on CABB (Argentine basketball) radio as I watched the stats being displayed, jugada por jugada, on their site.