Popovich And The Far Off Place, Part 3

Share All sharing options for: Popovich And The Far Off Place, Part 3

Day 73- Somewhere between Colorado and finding out that I couldn't talk to my guys, I lost track of time. It's been pretty nice. 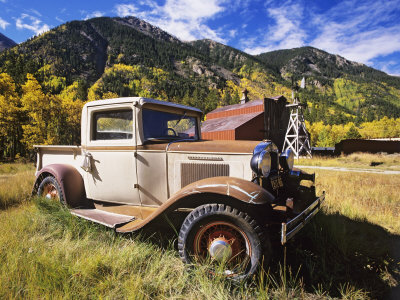 You know how whenever you go on vacation, you always have this list of things you have to do. You never even bother writing that list down, because your mind is already made up. You're doing everything on that list, and that's that. Half the time you don't even realize that you hadn't done a single thing until right after you zip up your suitcase on the night before you come back home. That's when the panic sets in as to whether you actually even had the vacation that you're technically still on. It takes a few minutes of retroactive itinerary perusal before you finally figure out that you'd actually just relaxed the whole time, and that forgetting the whole damn list had been the first step all along. That's how it's been for me for the past two months. Hearing about this whole mess of beans the League got itself into along the way only makes me feel good about leaving when I did.

I moved up through Colorado during the past month's time, spending some time in Lake City, before moving up through Delta, Rifle, then finally Craig. I stuck with what seemed to work, and fished my way from city to city, and managed to lose track of how many times the sun passed over me in the process. I do know for certain that I lost the first notebook I'd managed to fill out, but I'd taken to drawing a lot of the things I saw and did in there, and they weren't very good so it's probably for the best.

I kept on my northerly heading and hit Wyoming coming by way of the 789 to Highway 80. I caught a lift with a guy who was headed up towards Jackson, and might've just gone all the way with him if I could've kept telling myself there were things I probably needed to see along the way. He dropped me off at Rock Springs, so I could take that junction the rest of the way whenever I felt the need to get going again.

I purposely kept my ears and eyes away from the League's news since I'd been on the move. To me, seeking it out seemed kinda like when you were a kid, and you had that one teacher who always gave you homework to do over spring break. I just felt that if I'd started this whole damn thing under the auspices of traveling light, then keeping up with basketball was just kind of counter intuitive. These days though, you can't keep away from any kind of news for too long it seems like. I can't really say I found out about it on TV, since I'd known it was coming for quite some time. I did see it on TV though, a few days after it went official. I found another one of my diners and holed up for a coffee, and they had it scrolling across the bottom of ESPN, on this TV that looked to be about as old as Timmy.

As far as the lockout itself goes, I won't sacrifice too much thought on its behalf. The NBA is a league chock full of guys who've all been told they're the best for as long as they've been around, by people that want to ride on somebody else's coattails rather than doing something for themselves. That league is, in turn, run by a bunch of guys who feel like they need to control those guys by acting like they need to build a bigger fence around the country club. Both sides are right to a degree, but both sides feel the need to be all the way right, and that's the problem.

As far as not being able to contact the guys, that's honestly fine with me. Half the guys on the team usually have someplace better to be anyhow, so it's not like I'm kicking down any doors to keep tabs on them. For the most part, they're all good guys, and I trust them to do the right thing. Manu, Timmy, and Tony usually just jet off to their corner of the world as soon as the season ends anyways, so in that regard, this lockout isn't changing all that much. The worst that could happen from all of this is that the strength and conditioning guys can't follow Dejuan through the cookie aisle at the HEB anymore, so I guess everybody just has to hope he can control himself. Personally, I'll believe it when I see it.

As far as myself, I've been in a good place recently, and that's really as much as I can say. Through all the walking, fishing, and everything else, I've found myself to be relaxing in a way I really don't feel I've been able to in quite some time. I miss my family sometimes, but I often find that I really don't in the very same breath. That isn't to say that I don't want to be around them or want to see them, but it's just nice to be out here on my own. When you're effectively paid to look after a bunch of big kids before going home to be with your own, a lot of time can pass before you realize how long it's been before you haven't gotten to hear "nothing". It's been quiet out here, and I appreciate that.

I'll probably stay here another day or so before I ship off towards Jackson. It's not so much my destination as it is on the way to wherever I'm going. Right now though, that's good enough. 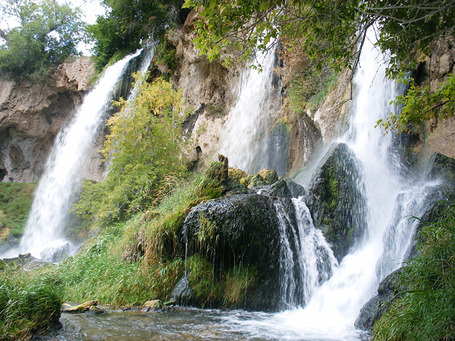