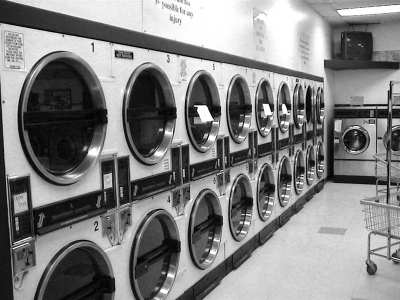 I thought for about two seconds that I might call my weekend sports and life review something else, but the laundromat kind of makes sense if you spend your weekends like I imagine you all do. Don't ruin my incredibly cool imaginary perceptions of each of you by telling me you went to Barnes and Noble or something this weekend. Quick hits inside.

Like I said, this is just kind of a way to tie up things that happened over the weekend into a nice little package. Seeing as how there's the whole "lockout" thing going on though, it mostly doesn't pertain to basketball. Mostly.