Here are 10 photos selected from three seasons that represent various aspects of Hill's career as a Spur. 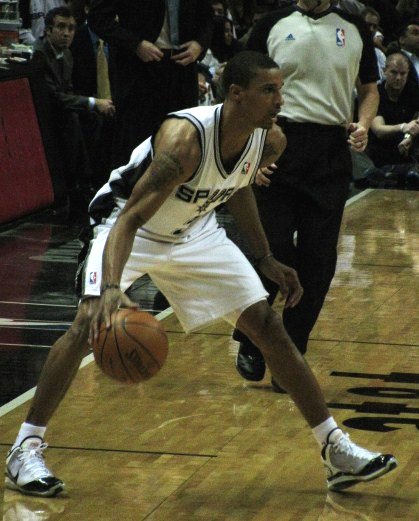 The number of tattoos grew over the years. The SA Express News reported that the newest one added this summer was a map of the state of Indiana with an old English G coming out of it - prophetic? 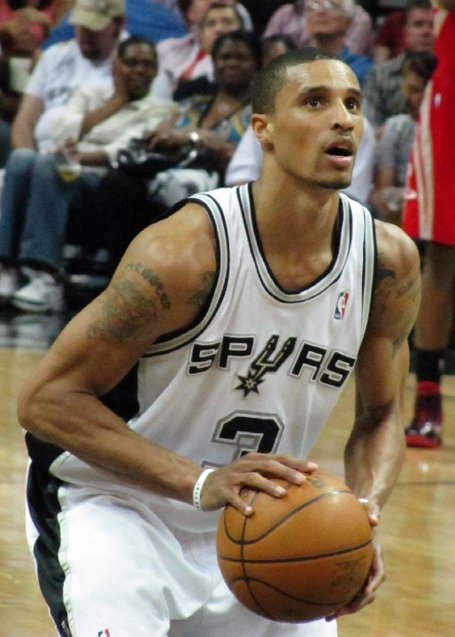 The ladies loved this look as George came out post game to be interviewed as the Impact Player of the Game. 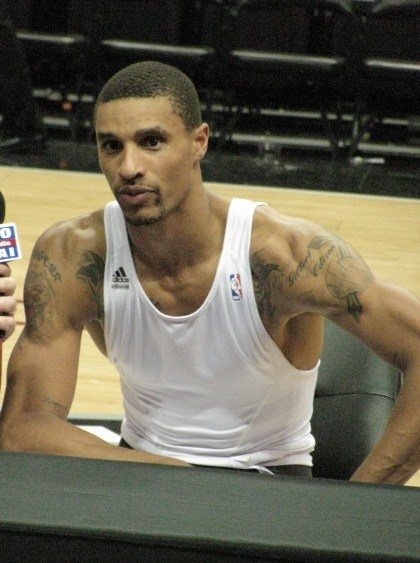 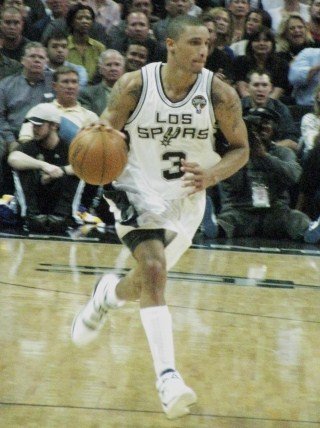 Hustle was the key to everything George did - here he steals the ball and takes off on a fast break. 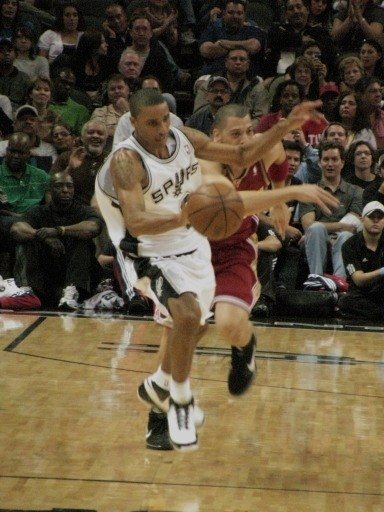 Gloria Drash and husband Will (subject of a PTR profile piece by Hirschof) were adopted by George as his grandparents. Before each game, they waited until after shootaround to give him a few words of encouragement and a hug from Gloria. They also were there at the end of each game. The couple spent time with Hill off the court as well. 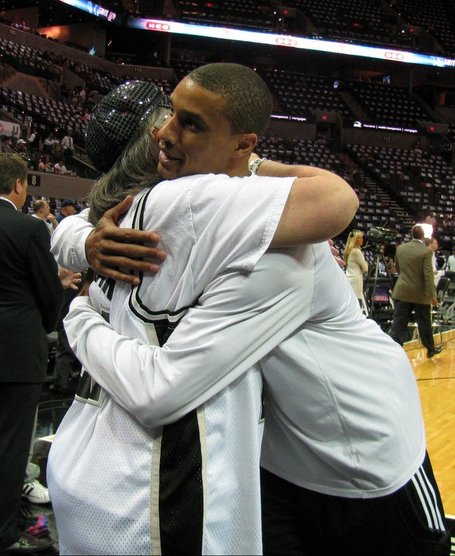 Hill never backed down on defense, even to bigger, more athletic guys like Durant. And of course, we all remember his standing up to Kobe. 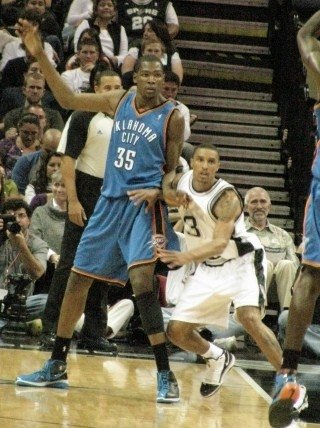 I believe Popovich genuinely loves George as if he were his own son. Hill was extremely coachable and willing to work hard, having to learn how to be a point guard after playing shooting guard in college. 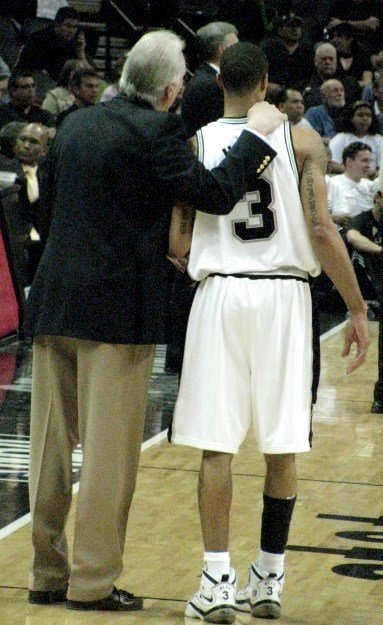 DeJuan and George became like brothers, and did a couple of comic features for the Spurs' website, calling themselves "Bigs" (Hill) and "Smalls" (Blair). 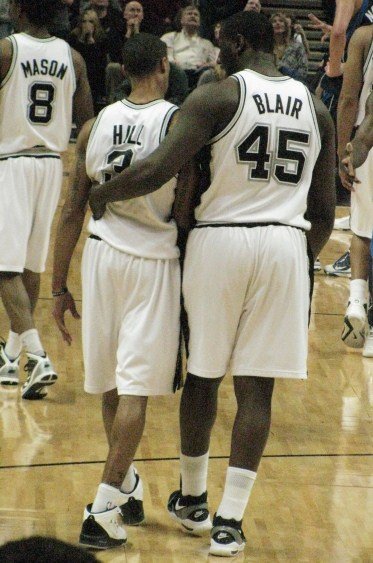 How many times did we all enjoy those off balance, no-way-it-can-go-in shots? 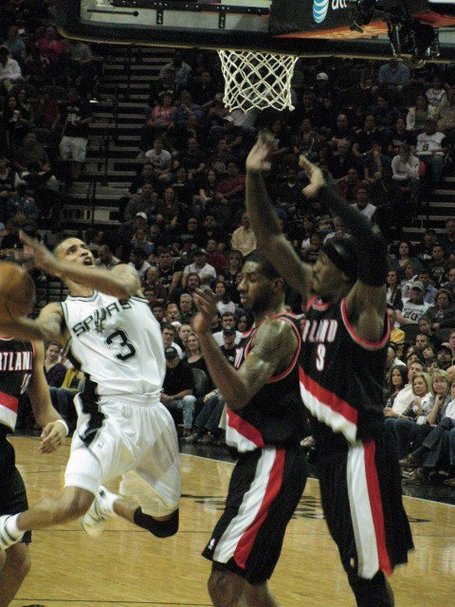