Popovich And The Far Off Place, Part 2

Share All sharing options for: Popovich And The Far Off Place, Part 2

When you're taking some time, if you keep telling yourself there are things you need to see or do, then you aren't really taking any time... 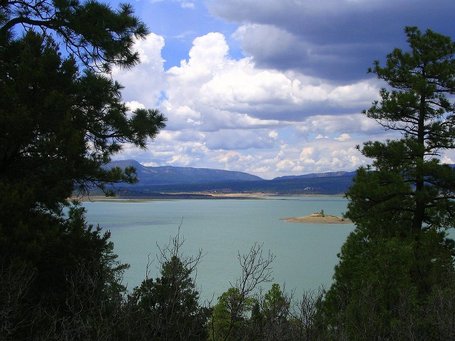 Sometimes it helps though, when the things you thought you had to see aren't quite what you'd thought they'd be. Roswell was kind of a cute town, if you could call it that. It kinda seems to me like your run-of-the-mill small town that drew the UFO straw instead of the one that said they had to have the world's biggest box of Cheerios or whatever. It was neat, and then I was through it, and that's pretty much that.

New Mexico kind of reminds me of a John Wayne movie. A whole lot of sparse landscape, that seems to look exactly the same from one place to the next, no matter how fast you make your way through it. Still, in the event of boredom, it helps to have the ability to get wherever you're going sooner rather than later. Of course, some people would call nearly being trampled to death by a calf running from a couple of coyotes exciting or whatever, but I'd been sleeping, and it was too early for self deprecation, so I call it boredom. It's amazing how one's desire to sleep in the great outdoors can fluctuate wildly in the event of... whatever you'd call that, but I found myself pressing to get further quicker just after that, so I moved on.

I came to the conclusion that ,since you don't see too many movies about old guys with beards hitchhiking as successfully as some twenty-something kid with fiery eyes and washboard abs, I might as well take what I can get. I guess a lot of people in New Mexico don't bother with cinema much, because all I can really say about hitchhiking and not shaving you playoff beard, is that if I tried it closer in to a big city, somebody''d probably just run over me to prevent a horror movie from happening on their stretch of road. Like I said though, take what you can get. I caught a lift to Santa Fe just outside Roswell, and made my way up to this small, unincorporated place called Tierra Amarilla, which is just a few hours outside. I've been here for about five days now.

The town is one of those places where people know right off the bat if you're not from around there. My ride dropped me off in front of a small cafe, and a couple walking across the street noticed me before I'd had a chance to duck in. It wasn't one of those scenes like where the jukebox stops in the movies when I got inside, but people looked for a bit longer than I feel like they would've if I'd been living here for ten years. To be honest, I prefer that to how you're typically received in bigger cities, where people don't even bat an eye. Here I am trying to get lost, and I end up in some place where the whole damn town probably knew I was there before I'd finished my coffee.

I hadn't planned on staying. In fact, I was clear through town on the other side when I finally got a glimpse of the place. It's gorgeous. That's really the only way to say it. You keep your head down to bull your way ahead, and occasionally you'll miss some things you'd rather have seen if you had the choice. It didn't take much more than a first glance to know that there were probably a couple of things around here that were actually worth seeing, unlike that UFO Museum back in Roswell.

I've finally gotten to do some fishing since I've been out here. I'm not sure why I got the urge to, but it'd been nipping at me pretty much since I'd walked off back in Texas, so I figured I might as well do it now that I've got the chance to. I bought an old fly rod off a guy who'd been at the diner when I first rolled into town. It felt kind of neat to do that, honestly, because I know damn well that, if I'd been in a bigger city, I'd probably have just wandered into some sporting goods shop like a bumpkin. I just caught the guy as he was leaving, struck up a conversation, handed him a few bills, and that was that. I asked him if he'd be willing to give up any good spots if I promised I was just passing through town, and he gave me a few. He even drew me a map, though the town's small enough that he probably just could've pointed someplace, said "over there a ways.", and I'd have been OK. Still, it was appreciated. 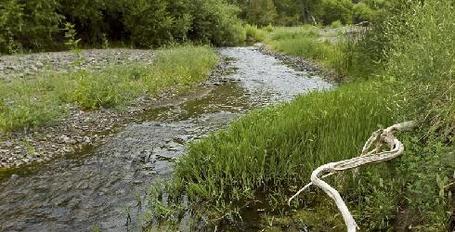 I didn't catch anything the first day, which seems like some unwritten law of fishing in new places. Still, I appreciated the time I had to think. I'd been kinda forcing myself not to think about the guys and the way the season ended up, but when you have enough time to yourself, things just seem to make themselves at home in your head. I thought about how tough it had been for them out there. I'd be lying if I said it didn't get to me. I mean, you probably already know, but I see a lot of things other people don't get to see, especially the ones asking all the damn questions. I know how bad those guys wanted to win out there. It was just one of those things where nothing went right. It happens, but that's never a good enough excuse for people who want all the gory details, as if you can't ask them if they've ever had a bad day. Hell, if they've ever had a bad week. People wonder why I don't bend over backwards to hold hands with the media, and I get the feeling they wouldn't if they'd just let themselves realize it's pretty damn annoying to be asked about your fault by people who use a tone of voice that suggests they'd have been able to do better.

By the end of my third day out here, I'd caught enough to occasionally allow myself to think that I had a real gift for this fishing stuff. I bring everything back to that same diner I stopped at when I arrived back in town. Marty, the cook there, just stores what he cleans in the freezer for later, though he cooks some up for me every night as part of the deal. He's a damn good cook, so I can't help but think that even if I paid on top of it, I'd still be coming out on top in that deal. He usually hangs out after close, which is right about when I get back. He cooks the fish, and sits there and talks while I eat. He's one of the nicest guys you'll meet, but it isn't like in the movies, where the bartender or waiter is always dispensing this invaluable advice. Not that he's a dumb guy or anything. Just excitable. Marty's one of those guys that'll start telling you a story about one thing, then try to describe an event of that story by telling another story. By the time he's finished talking, you've only learned a third or so about what he was originally telling you, and about half of everything else he mentioned on the way to confusing the both of us. It's funny more times than not though, because he's always just as excited about the last thing as he was the first, even though they couldn't have less to do with one another.

It's been raining since yesterday, so I didn't get as much time outside as I'd have liked. It started off lightly enough, but somebody called to me from a bridge not too far upstream from where I'd wandered, and told me that a big one was rolling through any minute, so I just gathered my stuff and went back to the diner again. I'd just sat down with a cup of coffee by the time it really started coming down. Today I just kind of repeated the last part of that equation. I never counted how long, but I caught myself just idly staring at the rain a few times, like if I relaxed my eyes enough, I could slow everything down enough to count all the raindrops. I didn't so much do that though, as I just thought about things again. I kept myself from over-analyzing things, which is hard enough to do in my line of work. I sort of compromised with myself and just thought about the guys' faces in the locker room. So many different kinds of guys, and they all had the same look on their face, but for totally different reasons. The older guys had it on their face because you could tell they were more tired than they were angry that they'd lost. They all have the luxury of enough ups and downs to know that sometimes things just don't break your way, even if that doesn't necessarily make it easier. The young guys have the same looks on their face, even though you could look straight through their eyes and see them thinking about how we'd have won if there was just one more minute.

Young or old, you can't tell a single one of the guys that were in that locker room that they lost for a good reason. No matter how many times I sat with them on that bench and watched them lose, you can't look them in the eyes and tell them that sometimes you just don't win.

Just like sometimes you don't catch any damn fish. 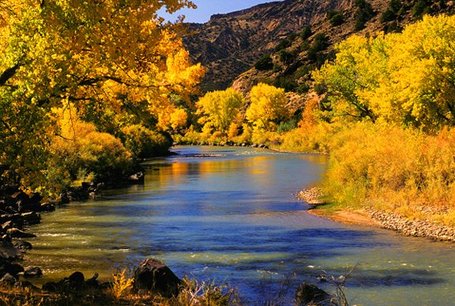