Popovich and The Far Off Place, Part 1

Share All sharing options for: Popovich and The Far Off Place, Part 1

I told Timmy I was just gonna grab something from my car. I just kept walking though. It works for me. I've always wanted to have an adventure. 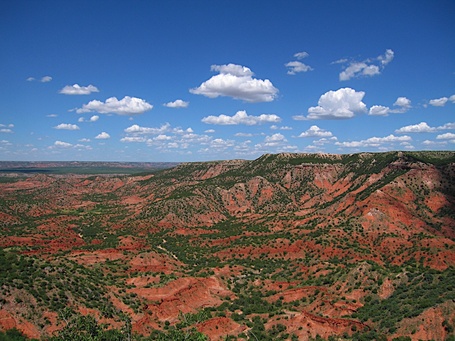 I've been out for awhile now, but this is the first I've written anything about it.

We hadn't been back but maybe a minute or so. We'd just lost the Memphis series, and the whole of the sports world was falling all over themselves to call it not just an upset, but the biggest of all time, like we'd barnstormed into the playoffs with the panache of a summer blockbuster preview. If you ask me, we fell into the playoffs about like how a drunk falls out of his car after being pulled over. Manu had hurt his arm, Timmy had twisted his ankle, Richard was playing like he wanted those excuses for himself, and Dejuan was playing like he'd eaten Richard. Not a whole lot seemed to go right over the last couple of weeks of our season. When the final buzzer sounded, I walked off the court, told the players about what you'd expect a coach to say after a tough loss, gave Gatorade their free plug at the postgame, and headed to the bus. I didn't say a whole lot on the flight back.

After I told Timmy I'd be right back, I got about halfway to the car and just decided I wanted to see what the horizon looked like.

I hadn't planned on doing it, of course. Like I said, I just kept walking. The spontaneity is the upside of it for the first few days. I decided that I didn't feel like taking my phone, so I called Erin, Pete, and some of the guys to let them know I was taking "some time". A couple of them asked questions, but everybody seemed to understand that all I was gonna promise was that I'd be OK, and that I'd call when I got there. I didn't know where "there" was the first day, and I sure as hell don't know where it is now. Looking for it gets more fun every day though. Timmy made some crack about looking for the One Ring during my quest, and Erin was put out because I promised her I'd take her and the kids on vacation after the season was over.

"The offseason is long enough." I told her. "There'll still be time." After that, I just let the battery die, and I left the phone sitting on top of a rock in the middle of a creek I passed through.

At first, I thought about going to Nantucket, because I've always enjoyed it up there and haven't been able to go as much as I'd like. Part of me worried about passing back through Memphis though, as irrational as that might have been. Still, losses sting, some more than others, and I didn't need the reminder so soon. I decided to head west instead.

Nobody ever says this about making rules up as you go, but sometimes it's kind of hard to stick to those rules when you make them before there's a chance they might be broken. I'd told myself I was just gonna walk, but damned if those long stretches of west Texas won't make you strain your eyes looking for the first car heading your way. I got lucky and hitched with the second. The guy was heading all the way up to Amarillo, which was a fair piece. I told him I'd go as far as Big Spring, that way I wouldn't cheat either of us out of a deal. He was nice enough, but didn't talk much, which was fine because I didn't feel much like it either.

The whole of the drive was relatively uneventful, with nothing much being said. The scenery tends to blend together after awhile, and that's never gone away with the years of coaching. Sometimes it can be as maddening as it is relaxing, but this time it was the latter. Maybe that was because I knew what I was doing, at least as well as I could expect. Hauling off to someplace tends to have this sort of wash of excitement that bleeds onto a lot of the things you'd otherwise consider to be mundane. When we rolled into town, I asked the guy where I could get some comfortable clothes and other supplies. I wasn't shocked when he pointed me towards a Wal-Mart he was familiar with, but nodded thanks and walked on before he could offer to take me there. I'd find someplace better on the way.

Big Spring is about what you'd expect a west Texas town to be like. It's bigger than a small town, and smaller than a big one, which seems to work for most everybody there. I'm sure that somewhere there's somebody coming up with a plan to escape Big Spring and go live their life to whatever their fullest might be, but most of the people I passed seemed like they weren't there by accident. I didn't have to walk more than a couple of miles before I found a smaller clothing store. The city has a lot of pride, so there's a requisite amount of those smaller places around that aren't gonna let some corporate belligerent run all over them. I wish I could remember the name of the place, but I've been looking past every other place I've been since I started walking, and this was unfortunately not an exception. I remember the lady's name, who worked there. Ruth. We didn't have a discourse or anything, but besides my driver who didn't say much of anything, she was the first person I didn't have to answer stupid questions to. Sometimes that'll do. I got a couple pairs of jeans, a few shirts, and some more comfortable shoes. Allen Edmonds sure doesn't make his shoes to go adventuring in.

I didn't make any plans to hang around Big Spring for too long, but thankfully a lot of what that place has to offer aren't the types of things you need to be inside to see. The country is really something else. Texas as a whole is able to make vast stretches of land look absolutely gorgeous, and this place is no exception. It takes about one second flat to look out over some of these expanses and not think for a second that I didn't do the right thing. It doesn't give me any clearer path as to where I'll end up, but it does a lot to make sure I won't be in any hurry, there or back. I walked all the way through the state park there. If it would've gone on forever, I would've been fine with that. As it was, I just kept on walking. I headed dead west for about four days, passed through some small town called Andrews, and kept going. I hit New Mexico a few days later.

I finally grabbed a notebook in this city called Hobbs. It's a smaller city, but they had this neat little bookstore there, with these notebooks that looked like they were something Hemingway would've written in. I bought a few and decided I'd play a little catch up and kind of summarize. I'm sitting in a diner now, writing this. I love how small towns across America all seem like they got stuck in the fifties. Looking back, it's the best decade they could've gotten stuck in, aesthetically speaking. There's just this sort of charm about it that makes it all work, even if the other parts of town look like whoever was taking care of it just forgot about them. This diner is kind of like that. It'll work for now. It's nice to take a break from walking all over the damn place. Can't be getting any plantar fasciitis...

There's this movie I remember catching bits and pieces of, called "Radio Flyer." It's one of those flicks you take a glimpse at, and write off as a kids' movie if that one glance is all you take. Sure, there's nothing about it that screams "high art", but it's got a lot of what it has. Some of the players I've coached have done a lot less with more, but that's beside the point. I always managed to catch part of it here and there while I perpetually forgot to just sit and watch it, but I guess that ended up making the ending stand out that much more. Like I said, it wasn't a movie that was made to clean up awards, but that stack of postcards the older brother had collected from all the places the younger had been stuck with me. There's kind of a romanticism to it, all those postcards signifying some new place you've never been. For me, they aren't something I need, because every day since I started walking has been its own postcard. I sent Erin and the kids one. It had Carlsbad Caverns on it, which I thought was funny, because Hobbs is a ways up the road from Carlsbad, but it worked well enough. I thought about sending the guys on the team one, but decided against it. Instead, I just sent one to the front office. It just said "Greetings from Hobbs" on it. They don't give you a whole hell of a lot of room to write on those things, so I just told them:

"Tell Dejuan I am eating something right now. Be back when I'm back."

I think I'll check those caves out in Carlsbad. Maybe do some fishing somehwere. 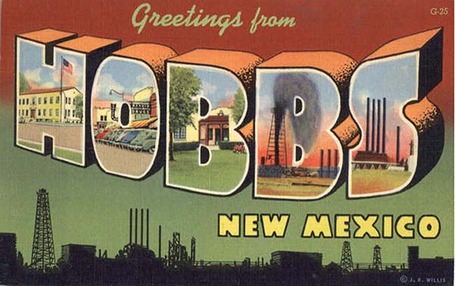