I'm not going to lie, I want to be a General Manager. Unlike coaching, I think I could do it. I might end up being the next David Kahn or Isaiah Thomas, but I can't help looking around the NBA and thinking that I could do a better job than a lot of the guys currently running teams. I am constantly amazed and the dumb decisions made by teams. It makes having a front office that is aware and on top of their game something to be relished. Most teams either luck into success or they have a natural advantage of market size. Having a super-star does not guarantee championships, just ask Cleveland, Orlando, Dallas and many others. It's rare to see a franchise in any sport that is a small market team have the kind of success that R.C. Buford has managed to have in San Antonio.

The off season after the end of the 2009 playoffs when the Spurs were knocked out by the Mavericks in the first round was the most active I can remember the Spurs front office being. Instead of making a couple of under the radar type moves to help get role players that would help Tim Duncan and company the front office made a big trade acquiring Richard Jefferson for Kurt Thomas, Fab Oberto and Bruce Bowen. They also were able to get DeJuan Blair in the draft. It seemed like the Spurs were going to take names on their way to another title. We all know how that season ended. After getting some sweet revenge on the Mavs, the Suns unceremoniously swept the Spurs from the playoffs. It was clear that the Buford and Co. still had work to do.

Many Spurs fans, including myself, were very interested to see how the Spurs would handle Jefferson and his hefty contract. Jefferson was due to make 16 million, but he had a player option. After his less than stellar 2009-2010 season the consensus was that RJ would gladly hang on the the 16 million he was owed and not risk the open market. The Spurs FO did a remarkable job of getting Jefferson to opt out of his last year and resign to a longer term deal as less money per year, but more money overall. The reason this was such a good move is that the Small Forward market last off-season was not good. The Spurs could not have gotten a better SF through free agency or the draft. Rage rewarded the FO's faith in him with a off-season of hard work and a much much better season in 2010-2011. 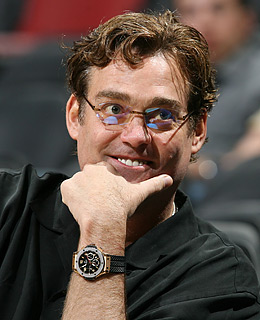 When you're this good, chillin' is easy

Thanks to Jefferson's contract restructuring the Spurs were able to bring in their 2007 first round draft pick, Tiago Splitter. Splitter was seen as the Spurs answer for their lack of depth inside. Unfortunately, Splitter picked up an injury in training camp and didn't really get some serious playing time until the middle of the year. I think the Spurs early season success was a little bit of a curse for Tiago. I think if things hadn't been going so well he might have found his way into the lineup. Despite Splitter's limited playing time he showed flashes of why the Spurs took him in the first round 3 years earlier.

One thing that Buford did that some fans will not appreciate is resign Matt Bonner. Bonner signed a four year deal during the off-season and really had himself a nice regular season. I think we all know that Bonner is what he is. He's a specialist who can really help the Spurs during the long season, but I think it's pretty clear that he's not a reliable post season option.

The Spurs were able to draft in the top 20 for the first time in many years and with that pick they took James Anderson. A scorer from CapHill's beloved Oklahoma State. Anderson started the year off very well. He looked like he might be the answer for the backup SF spot. Sadly, the injury bug found another rookie and Anderson was out for an extended period. Anderson came back, but wasn't in game shape and ended up spending time in Austin playing for the Toros. Anderson ended up only playing in 28 games for the Spurs in 2010-2011. Overall not much to go on as to the success of drafting Anderson. 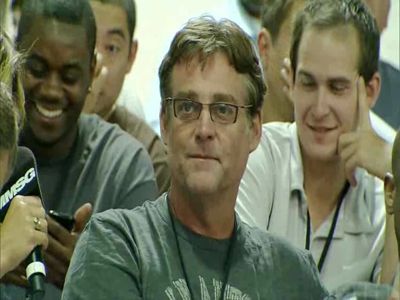 Perhaps the best off season move was the very Spurs like acquisition of Gary Neal. The unheralded SG after he played in Turkey, Spain and Italy. Neal was quite possibly the steal of the 2010 off-season. Neal not only showed off his ability to hit the 3-pointer, but he didn't back down on defense and showed that he can be a solid two way player. A lot of credit goes to Buford and the FO for finding Neal and having the guts to sign him to guaranteed money before the season started.

Let's get to possibly the best move the the FO made. It often gets lost since it was a fairly quiet deal and it happened mid-season. Buford was able to re-sign Tony Parker for an extremely reasonable contract. Parker would surely have gotten something in the neighborhood of a max contract had he tested the free agent market. If Joe Johnson can get 120 million dollars, I feel confident that Parker could have gotten something like that. It's a credit to the Spurs organization that players of Parker's caliber are willing to sign for less to stay in San Antonio.

Overall I still think that Buford is one of the best in the business. He makes shrewd moves that other GM's are sometimes unwilling to make. He clearly is not perfect and has made some decisions that in hindsight may not have been the best. I would still take him and his staff over the vast majority of GM's currently running this in the NBA.