Share All sharing options for: Grading the Position: Small Forward

Now we get to a position that's not quite as cut and dry as the guard spots. The Small Forward spot has been a question mark for the Spurs since the departure of Bruce Bowen and the decline of Michael Finley. We've all wanted the elusive defender that Bowen was and we've all missed the shooting that Finley provided. This year the Spurs took their chances with a revamped RJ, much to my consternation.

The SF is the most occupied position on San Antonio's roster, but is there anything worth having amongst all those players? Join me as we take a gander and grades all those SF's racked up.

See here for the grades of the Point Guards

See here for the grades of the Shooting Guards 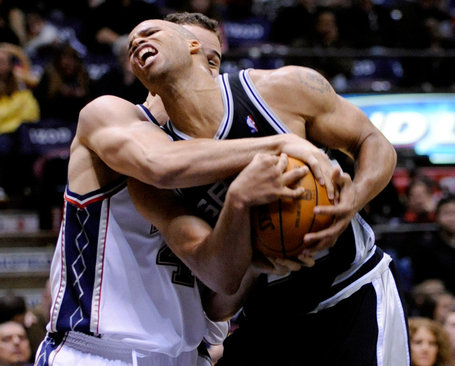 RJ 2.0 was better than last year. He hustled on defense, he shot his 3's pretty well and most importantly he didn't look too lost. That was the way the year started. Slowly as the year wore on Jefferson's shots stopped falling and his agression ebbed and wained. Don't get me wrong, he was way way better than last year all year, but he couldn't keep up the same level of play throughout the year and certainly didn't provide the scoring or defense punch we all had hoped of before the 2009-2010 season. Credit should be given to Jefferson. He worked hard in the off-season and it paid off. A "B-" grade was pretty much unthinkable at the end of last season.

The playoffs looked a lot like the regular season for Rage. He started off pretty well, but faded. He faded so much that he only played 10 minutes in Game 6. He wasn't effective against the quicker Memphis team and his confidence, much like his offensive game, was shot. The Small Forward spot killed us against the Grizz and RJ bares the vast majority of that blame.

Going forward it's hard to see how Jefferson fits in on this team. He no longer provides strong athleticism at his position, he costs a lot of money and he pretty ineffectual when he is on the floor. I can live with limited ability on the offensive end if there's a defensive presence brought to guarding the opponents best wing player. Problem with Princess Peanut is he brings neither. However, unless the Spurs pull of some sort of crazy trade or somehow buyout Jefferson (neither of which is likely), I foresee Jefferson being in San Antonio for the remainder of his contract. I think his role will diminish, but probably not as quickly as his play will. 3 more years of ineptitude at between 8 and 11 million bucks remain, so we have that to look forward to. 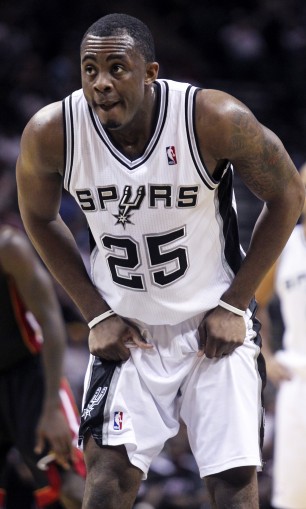 Talk about a tease. Anderson came out of the gate and played really well for this team. His pre-injury game gave all of use hope that if Jefferson didn't improve we had somebody that could really fill in well. Then the injury bug found Anderson and bit him hard. Anderson ended up only playing in 26 games as a rookie and all the games after his injury early in the year were hardly encouraging. It seemed like the former Cowboy was doomed to have a season that will easily be forgotten.

Anderson was clearly not ready for the playoffs and didn't play a lick in them.

Going forward Anderson still has great potential. He should be able to play either the 2 or 3 spot and be effective at either. His scoring touch will be a welcome addition to the Small Forward position, so he'll probably be moved over to the SG spot. Anderson's got the potential, but at this point that's all it is. We saw glimpses of more, but until he can put together and good season worth of play and prove that the fact he came back from the injury woefully out of shape is an anomaly, we won't know what the Spurs have in him. 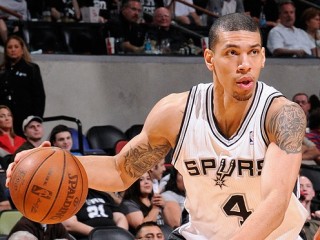 Green's season and playoffs didn't amount to much. I probably shouldn't even grade him on either, but considering he played, I guess I should. Green did a fine job, but didn't really stand out and thus the passing grade.

In my opinion, of the players we've seen at this position play, Green has the most potential to stick at the SF spot for the Spurs. He's got really nice size (bulk not that he's short on height) and he's athletic enough to guard the position as well as guard a lot of SG's. I'll be very interested to see how Pop uses Green in the future, assuming of course that he sticks with the team. I like what I've seen of Green and I hope the Spurs give him a chance going forward. 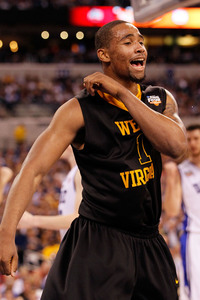 Butler is an enigma, wrapped in a mystery. He was signed late in the year after being drafted by Miami and recovering from an injury suffered in college. Butler was sent to Austin in late March and I really have no idea how he looked while there. R.C. Buford told the SA Express News that signing Butler wasn't about the 2010-2011. Butler is 6-7 and 230 pounds. He's got really nice size and you hear nothing but good stuff about him from people around West Virginia. Let's hope that the low risk signing of Butler turns in the high reward on the court. I'm looking forward to seeing what he brings to the table.

The Spurs need a more athletic more talented version of Richard Jefferson. They've got several guys on the roster that could fit that description, but we don't know for sure. I have a feeling the Spurs will hold on to what they have at the SF position and wait to see if any of the young guys pan out to be the SF of the future.

I want to trade Richard Jefferson. I am probably too hard on Rage, but he just doesn't get it done for me. I had expected him to come in a be a difference maker, but instead he's been a very highly paid non-difference maker. Frankly, I don't think the Spurs improved by getting him and cutting Michael Finley or trading Bruce Bowen. At least you knew those guys were going to hit their open looks from downtown. I would trade Jefferson for almost anything that would help this team, but ideally I'd like to get a defensive minded SF that can help as the young guns develop.