As a fighter and former competitor, I know that winning a match can be as straightforward as whoever lands the knockout blow or tallies the most shots. Basing your entire strategy around either one of those methods however, is a sure fire to place you in the land of ineptitude. Every great fighter is a smart fighter. Smart fighters dictate every element of the match; the speed, rhythm, distance, intensity, etc. Smart fighters also know that, with each round, new difficulties present themselves and tactics must adjust accordingly. Smart fighters never depend on luck, for luck is merely the idol of the idle. Smart fighters pound that rock. 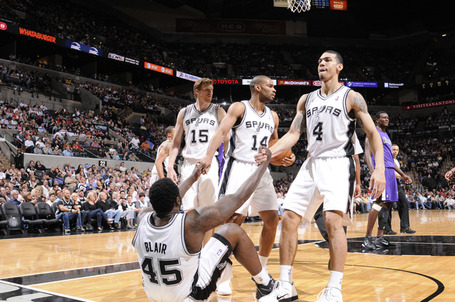 On Wednesday night the Spurs rolled over the endangered Sacramento Kings, pushing their winning streak to three games and further cleansing the putrid taste of a six-game losing streak from our collective mouths. After dominating most of the season, the injury bug, the constant fear of the Spurs, finally reared its ugly head. When Tim Duncan collapsed to the floor gripping his ankle, we knew the road ahead just got rockier. The upcoming teams on the schedule were already difficult match-ups with the thirteen-time All-Star pacing himself, not to mention the odds of facing them short-handed. Then, after Duncan returned to lineup after missing four games, the Spurs offense looked as if they had no history of playing with one another. Ball movement was nil, and the fast-pace tempo that Spurs fans had finally grown accustomed to was a sporadic sight. As a result, the Spurs fell back onto their favorite punch: the three-pointer. Over the losing streak, the Spurs chucked up the deep ball, contested or not, nearly 25 times per game, while connecting on only 35% of them. Although the shooting percentage wasn’t abysmal, the impact was more prominent due to 30% of the offense being produced beyond the arc (season three-point shot percentage was 25.7% prior to losing streak). As Coach Pop said after the loss to Boston, the Spurs were a little "three happy."

Aside from poor shot selection, a variety of other mental errors on both sides of the ball crippled the Spurs' ability to close out games. Stupid fouls, errant passing, lack of hustle, broken communication, and poor transition defense all contributed to the ruin of fourth quarter leads in 5 of the 6 games. Many of these issues still lingered in their streak-breaking blowout victory over the Phoenix Suns, a team that was without an ill Steve Nash, the only player that makes them remotely relevant. And even though the Spurs were finally able to close out a fourth quarter in their second straight victory since the losing streak, it came against the Atlanta Hawks; arguably the best mediocre team in the league who was missing one of their best players in Josh Smith. Still, after so many squandered fourth quarters, the victory over the Hawks was a small positive that the Spurs were willing to take and build upon. "If we don't learn from those, something's wrong with us," Tony Parker said.

Wednesday night’s first half against the Sacramento Kings was just more of the same issues; poor decisions, sloppy ball control, etc. The mental mistakes (9 turnovers) and the lack of hustle on the defensive glass (10 Kings offensive rebounds) allowed the visitors to answer ever San Antonio run. As a result, the Spurs had just a two point halftime lead over the second worst team in the Western conference. Almost as if a light finally came on in the player’s heads, the Spurs came out in the third quarter and played one of the season’s best quarters. San Antonio resumed pushing the ball as they had done for most of the season, and used excellent ball movement to spin Sacramento's defense around like a contestant in pin-the-tail-on-the-donkey. 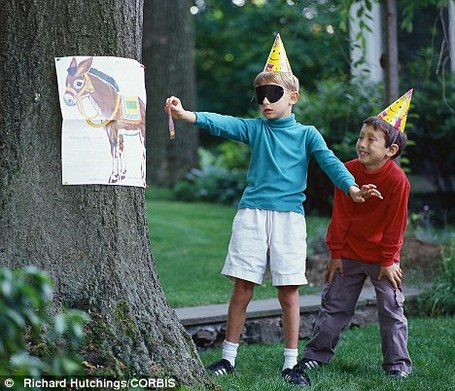 With the faster tempo and clean play, the Spurs scored a season high 41 points in the third quarter on 14-17 baskets. The Spurs controlled the ball, turning it over just once and allowing only 2 Sacramento offensive rebounds and no second-chance points. "We pushed the ball a little bit more and defensively I think we were pretty good in the first half too. But the key was to move the ball, attack quick," Ginobili said. "We made a few shots, so we had the whole package in the third quarter." The dominating performance flowed over into the fourth quarter with the Spurs bench delivering the majority the blows. Eventually the Kings both physically and mentally threw in the towel. On a successful Gary Neal catch-and-shoot, Sacramento’s Omri Casspi was well within range to easily contest or even block the jump shot, but instead decided to speed-walk his way towards Neal.

After suffering through their longest losing streak since 1997, the San Antonio Spurs have picked themselves up off the floor. And although the fight for the ultimate prize is long from over, there isn’t much time left in the regular season for the Spurs to regain their footing and to strengthen the weaknesses in their game. The Spurs are smart fighters; they know they can’t rely on what they’ve done throughout the season. This post-season may be the toughest the Spurs have ever faced and they'll need to play lights-out to bring home a fifth title. Perhaps the 73 point second half performance over Sacramento is an indication that the old hammers of the southwest division are ready to take back control of their own destiny. Perhaps. But the Spurs know they have to seize control, never relent, and keep swinging at that championship rock until it splits in two.