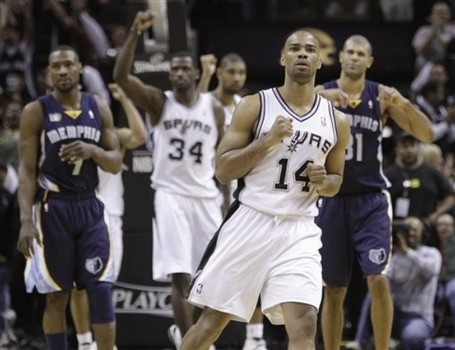 -On Gary Neal's shot at the end of regulation.

He was huge. That was the most confidently he's played int he series. We've been trying to figure out why he hasn't been more aggressive with his shot. He's been hitting it all year long and doing a great job of it, and tonight he did that. He was huge for us. I thought he played well on the defensive end also. I think this was his most aggressive.

-On Tony Parker in OT

Reporter: "Manu went to the corner and Neal looked at him maybe to pass. Was Manu a second option?
Pop: "Are you a coach now?"
Reporter: "No, just wondering"
Pop: "Well keep wondering" 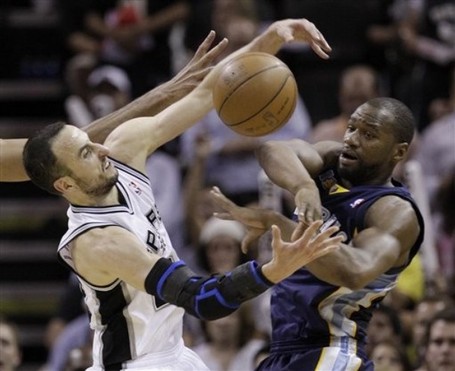 Because you win doesnt mean your defense was good or the others bad. Both teams played their butts off. Both teams made stops. It was anybodies ball game.

-On effort of the Spurs

We've got to let it go. we've been here before. It's the nature of the game. It's still a loss any way you look at it.

-On the loss tonight 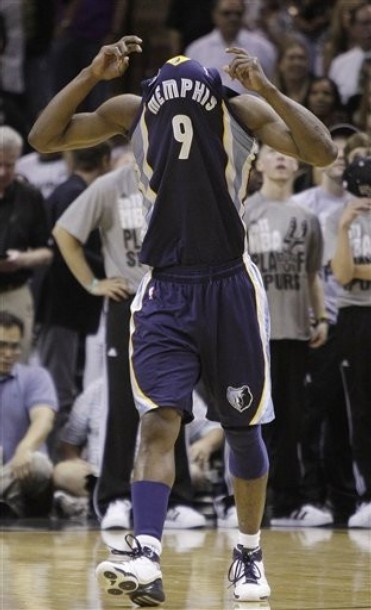 I think we were down after the loss of the lead and the tie at the end. I think we had too many guys that were hurt and not mature enough to just let it go and go play and get the win. They attacked us. Ginobili and Duncan started off early. Parker took over in OT.

-On making only one shot in OT

I'm very proud of them, I knew it was going to be a battle early on. Breaks didn't go our way.

I didn't even see the rim. I had Marc [Gasol] on top of me, falling out of bounds. I got lucky, it's the truth

-On his fade away shot near the end of regulation

When you are facing elimination you always get something out of no where. Some energy or those kind of shots. It kind of happens. I don't think we showed the heart of a champion. We got lucky. They played better in the second half. Overall they played a better game. We just stuck in there, kept fighting. We played together way more than in Memphis. As I said before, we made those two shots that kept us alive.

-On finishing with this squad 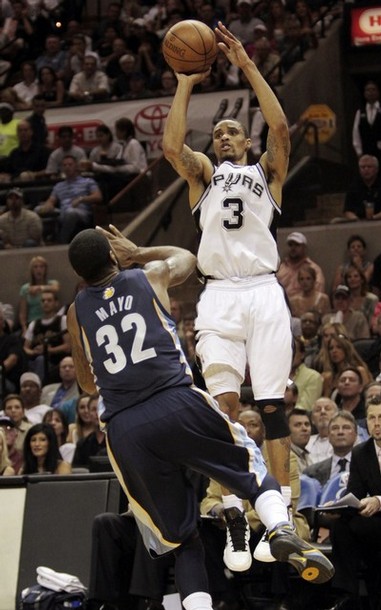 It was in mid-September, I was working out. I saw him miss the first 20 shots he took, I'm not kidding. He started feeling slowly that he belonged.

-On the first time he'd heard of Gary Neal

-On what it is going to take to win in Memphis