Share All sharing options for: Series Preview: Spurs (1) vs. Grizzlies (8)

Our beloved Spurs still aren't getting much love from the MSM, despite the stellar record. But much like a great musical artist, the team amps it up when the performances count. Basketball and show business have a lot in common, and with that in mind, we offer you the following Spurs-meet-the-music-industry Playoff Preview Extravaganza. Yes, that's right. The playoffs are upon us which means that it's time for another Epic Preview, in the tradition of silverandblack_davis' previous previews which defined the genre.

Coach Pop as The King: Just like an actual monarch, there's not much that goes on in the Spurs organization that mustn't parade in front of his regal gaze for approval. And just like Elvis, he's always about TCB. To hear jrw and Hirschof tell it, when the coach's interviews are over, it's very obvious that "Elvis has left the building" if you know what I mean. And I think you do. 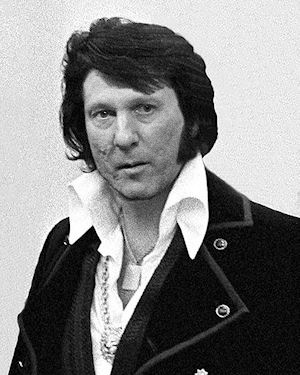 You can't tell me that Pop doesn't shoot the TV when he sees Joey Crawford.

The Big Three as The Police: Manu Ginobili as the creative force (Sting); Tim Duncan is the anchor of the group, setting the tone and keeping the beat (Stewart Copeland); and Tony Parker is the under-appreciated talent in the background, even though he's just as responsible for the greatness (Andy Summers). The only difference is the longevity of the Spurs triad, which is due to the fact that Duncan's ego didn't sabotage San Antonio's success, but actually enabled him to share the glory with Ginobili and Parker. Oh, I'm sorry, Gordon Sumner, was that hitting below the belt? Too bad. Maybe you shouldn't require the world to call you by a high school nickname next time. 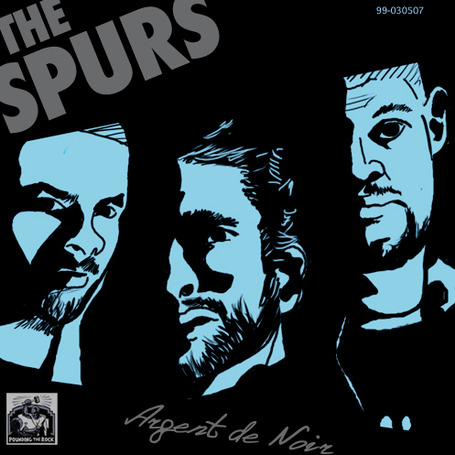 Why The Police? The Big 3 play basketball with perfect Synchronicity, of course.

Richard Jefferson as Seal: Boy did RJ2.0 get it together this past summer. Adding more than 12 points to his 3pt% had some in the media making noises about whether there should be an age limit on who's considered for the league's Most Improved Player award. Add to that his work on the defensive end and it would be crazy to consider this team without our favorite ex-Net. 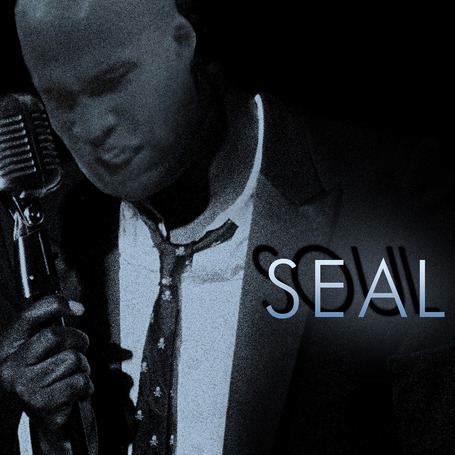 If he continues the transformation through this year's postseason, Spurs' fans won't have to say a prayer for the dying playoff dreams.

Antonio McDyess as Herbie Hancock: Bit of a stretch here? Not at all. Herbie started out as a jazz artist with the second great quintet while in his early twenties in 1963, but by the time he experienced mainstream success, it was in his 40's with the synth-driven and scratch-heavy Rockit. McDyess' days as a high-flying, air-walking dunker may be long gone, but his reinvention has been just as fun to experience as Cantaloupe Island, or this cut off the soundtrack to Fat Albert. Didn't know Herbie did that too, did ya? 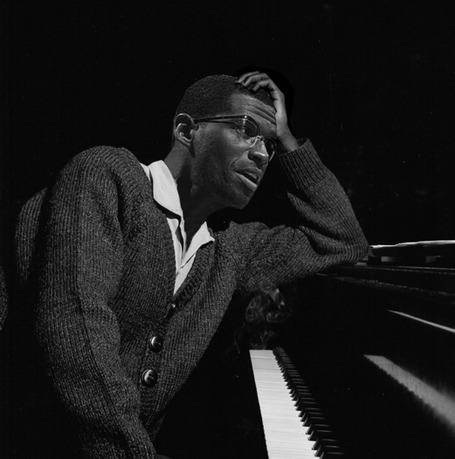 Much like Herbie Hancock embraced varying musical genres, Dice has altered his game from the original high-flying days and fused it to the more fundamental, grounded game of today.

DeJuan Blair as the Godfather of Soul: Energy, passion, drive, energy, emotion, verve, enthusiasm, energy, soul, tempo, and did I mention energy? I think I did. James Brown might have been the hardest working man in show business, but how would he have dealt with an adversary like The Beast? It's a good thing we'll never know the answer. 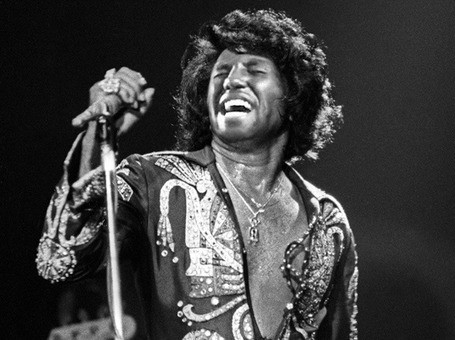 Does DeBeast ever not Feel Good?

George Hill as Ray Charles: As Billy Joel once said of Ray Charles, "Who the hell ever put so many styles together and made it work?" George has been the consummate make-it-work ballplayer, doing whatever Pop asks him to. He'd probably even wear sunglasses on the court, if necessary. 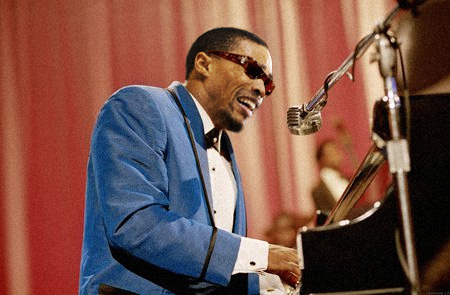 Gary Neal as Jimi Hendrix: Back in the day, the Stones' manager took on a pass on Jimi Hendrix, not liking the music. Back in 2007, every single NBA team passed on Neal. The Spurs front office finally recognized the potential of the Nail Gun, and the rest have learned to regret missing it. 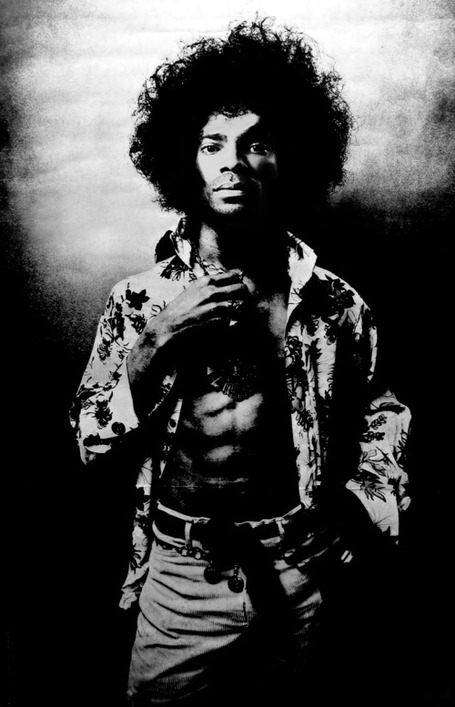 Matt Bonner as David Bowie: We hope you enjoy the following excerpt from Hoops Oddity, an upcoming release from PtR Records.

This is Coach B to Coaching Staff,
I'm stepping toward the arc
And I'm shooting in a most peculiar way
And the defense looks very different today 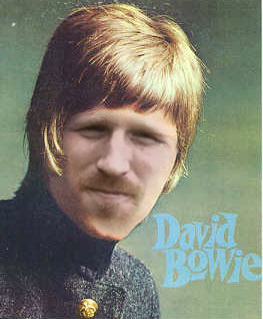 Is there a single Spur under more pressure from the fans than Matty B.? I think not.

The bench as DEVO: Tiago Splitter, Steve Novak, Chris Quinn, James Anderson and Danny Green. There are five of them; same number as in the band DEVO. Wow. That's weird, huh? 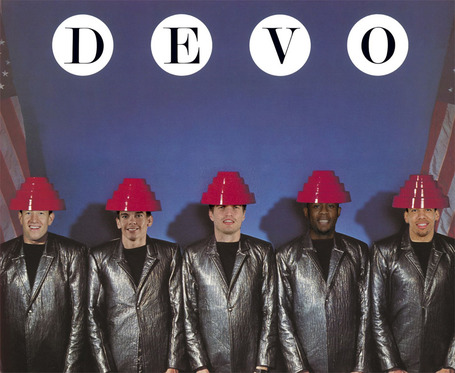 And for the oppenent of the Spurs in the first round, we have a special treat. For the singer that most annoys America, Rebecca Black, we give you an entire team of Rebecca's, the Memphis Grizzlies: the team that most annoys San Antonio. 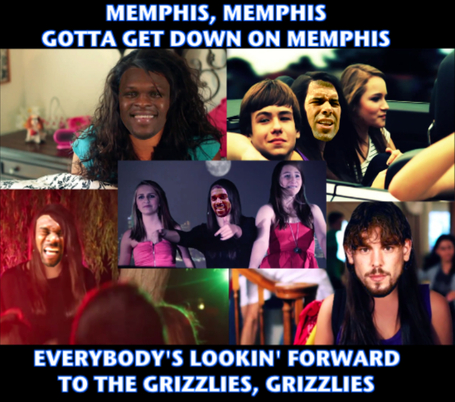 Until a team actually wins a playoff game, it doesn't get the status of an established (or even talented) "artist".

SG: George needs to be aggressive, without turning the ball over. That's a tough sell when guarded by an excellent defender like Allen. I still have faith in you, Cubits.

SF: Young has played very well since being promoted to the starting lineup. It's not that I think they're equally talented, but RJ hasn't been involved very much in the offense since January.

PF: Z-Bo is the Grizz's best player. Dice is definitely not the Spurs' best, but if he can keep Z-Bo from getting a bunch of offensive boards, I'll consider that a big win for Antonio.

C: I'm hoping to see the elusive beast that we've only caught glimpses of this season: Playoff Timmeh. He sounds motivated, after noticing the Grizz tanking to get this matchup. Let's see what happens.

One of the oddest things I noticed towards the ed of the regular season was that Pop seemed to trust Green more than first-round draft pick James Anderson. So, I would assume he's backing up RJ. Our bench is pretty weak without Hill, so let's hope Manu is back.

Hollins has really done a good job in Memphis. But he's no Pop.

The Grizz always seem to injure us, which is mainly due to their physicality. That is a major, major intangible.

Spurs come out focused and take this one.

Don't give them extra possessions - We need to take care of the ball and crash the defensive boards. The only reason Memphis is even in the playoffs is because they get a lot more possessions per game than their opponents. Otherwise, they're on par with Houston or Phoenix.

48 Minutes of Hell - Still the best Spurs analysis out there.

Project Spurs - This is another fun bunch. Be sue to check out their podcasts.

This game is on TNT

Story by jrw (with a little help from CapHill)