Photos - Not Much to Say or See

Share All sharing options for: Photos - Not Much to Say or See 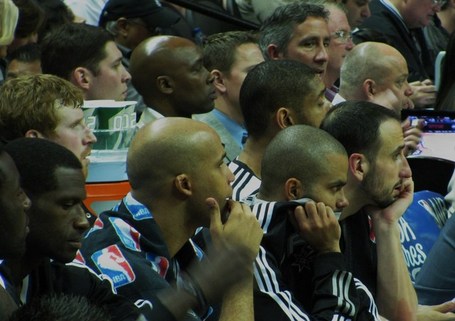 I'm reminded of a nursery rhyme I used to recite as a kid about the little girl with the curl, "right in the middle of her forehead. When she was good, she was very, very good, and when she was bad, she was horrid." As good as Friday night's showing against the Heat was, today's effort against the Lakers turned horrid. I put my camera away early, but this photo of Tony and Manu on the bench pretty much sums up the emotions. I hope I never have a chance to capture another one of these shots. 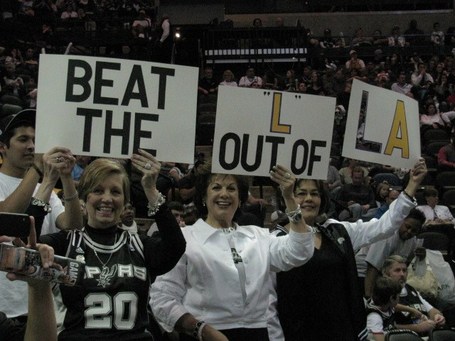 The night pretty much went like this shot by Bonner. It looks like a sure thing, but rimmed out, 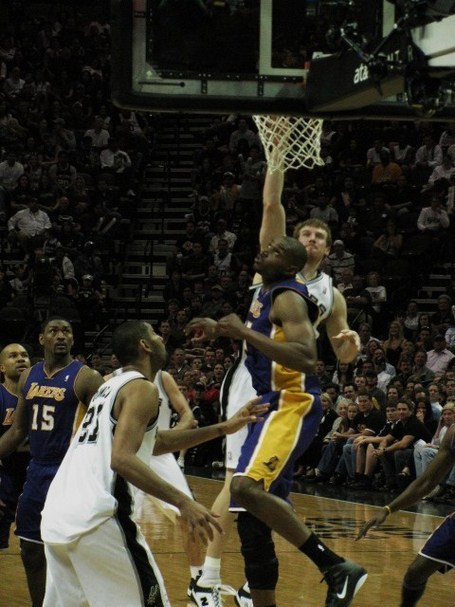 Gary Neal appears to be trying to work some magic on the ball. Heck, why not - not much else had worked (and as I am typing this, the Grizzlies just sank one to beat the Mavs by one - guess there is a basketball God after all.) 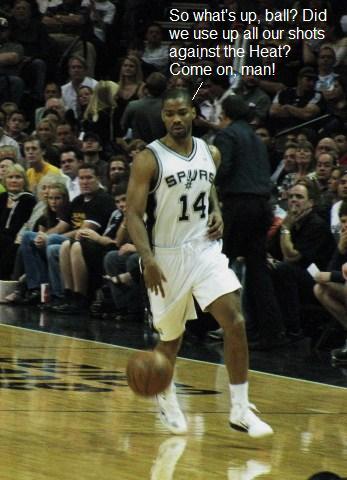 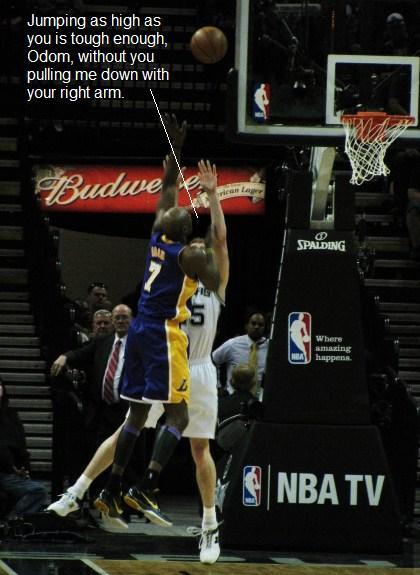 To say Manu was not a happy camper as he left the floor at halftime would be an understatement. 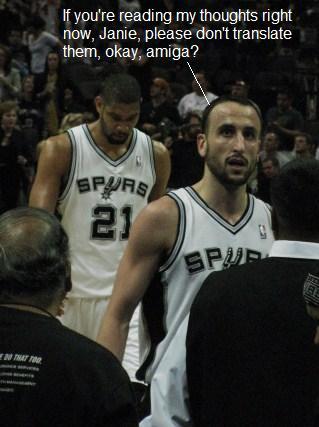 Manu was nearly in Kobe's shirt on this shot, but he got it off and it went in. 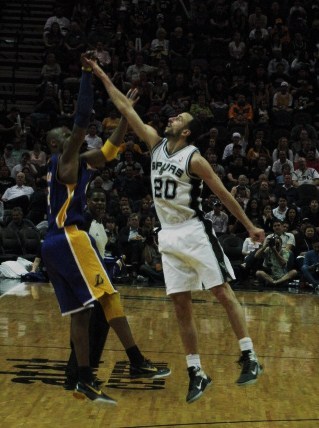 Sparkles did have a nice little hook shot over Gasol late in the game - gotta have at least one photo of a highlight. 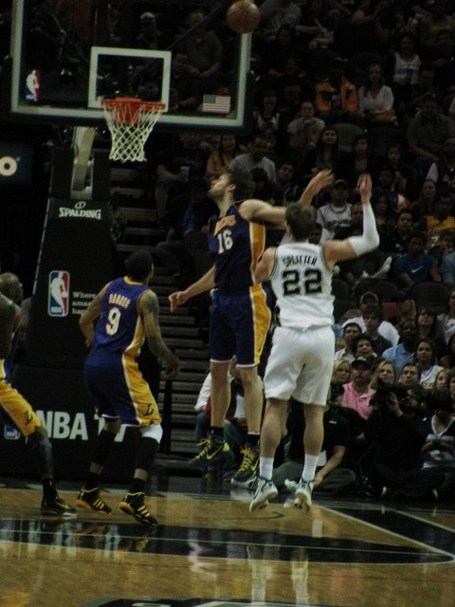 Count on Ron Artest for the "least enduring Laker moment of the game" - in the first half he blocked a shot out of bounds near the corner where Peter Holt and David Robinson sit. He turned to face the Spurs crowd, raised both arms to flex his biceps, and then kissed each of his "guns." I kept thinking that if a Spur had done that, Pop would have personally jerked him out of the game and sat his behind on the bench. I love my classy team. 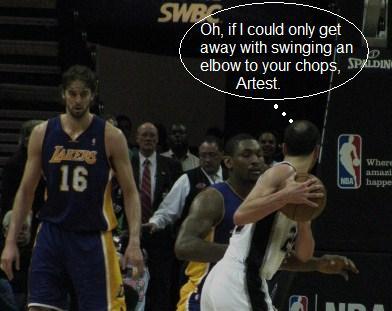 The stands were liberally sprinkled with Lakers fans tonight, and, of course, they were very loud with their team on top. I wanted to get a picture for you of the one in front of me with the "diamonds" in his "grill" but couldn't get him to stand still long enough. There was one nice note about tonight, though - a young lady from Argentina sat with our group. When the game was over, she managed to get to the railing at the tunnel and get Manu's attention. He took the time to give her a quick "high five."