Share All sharing options for: Game #62 Preview: Spurs vs. Heat - a look at the NBA "champions" 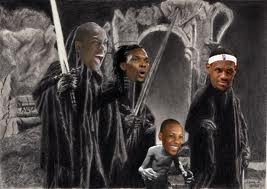 Finally, we get the 2010-2011 NBA champions coming to our house. What? They didn't win yet? You would think that based off the media frenzy and their own celebration at the beginning of the season they'd already been crowned champions. And here I thought that the regular season was just a formality. That's why the Spurs have been doing so well, they had to be champions of something. Here in Spurdom, we know that championships take hard work and luck.

This Miami team, while irritatingly fantasized about by the big three back in 2008, has been both phenomenally good and average at best. They have 1 win against the top 5 teams in the league, and that was against LA. Their advanced statistics claim that they're the best team in the League with their point differential at 7.62 (though they've had a far easier schedule than the Spurs). Since starting off 9-8, they've gone 34-9. Of course, they've boosted their point differential by playing their top 3 guys more minutes than anyone on the Spurs average. To be fair though, if you went from MVP level PER to less than average after 3 players, you would probably be playing your top 3 guys a ton. Hereafter, these three players will be referred to as The Nazgul.

Everywhere I turn, people have an opinion of 'LeDecision'. To be honest, I don't condemn LeBron for his decision. I disliked greatly the way he went about it. I hated that he colluded with these three, Anthony, and possible Chris Paul to make a super team in Miami. It feels different than Boston because each player was traded and KG had to be convinced to go there. The Nazgul want to be the NBA Globetrotters with every other team as the Washington Generals. This is great if you're the Miami Heat/any other big name market, but it's a possibility that July 9, 2010 will go down as the day that the NBA died.

But if there's one team that can survive this threat to mid-sized metropolis, it's our mighty Spurs. Even while Boston and LA were playing Godzilla and King Kong to the league's Empire State Building, the Spurs were not incapable. They've only missed the playoffs 4 times in their NBA existence and have often played David to the league's collective Goliath. In a world dominated by 'Melo-drama', the Decision, 'Anything is possible' and Black Mamba movies, the professionalism and character of the Spurs stands above at 50 and 11. Here are the stats:

PG:Parker needs to dominate Fisher. We need George Hill to show up. One of the glaring weaknesses with the Heat is the point guard position. if Parker was here, I would have given him the double Spur.

SG: I know. I know. Two previews by me in a row where Manu doesn't get the Spur? Wade is 1A to Kobe Bryant's top shooting guard spot. Manu probably should get a half-star, but I don't see us winning this matchup.

SF: RJ should give back at least 4 million dollars for his last 3 games. LeBron is still the dominant force he used to be. Thankfully, he still uses a lot of isolation which allows us to know what's going to happen.

PF: Bosh vs. Blair for this matchup. Bosh is the quintessential Spur killer. A cross between Dirk and David West, if he shoots well, it's highly possible we lose.

C: Duncan has played against Dampier a lot. I've never seen Dampier win the matchup yet.

Our bench is the best in the league. Miami's is one of the worse. Even without Hill as a sparkplug, we win this hands down.

Pop vs. Spoelstra? The only coach who rests this Spur away from Pop's clutched fingers is P-Jax, and I don't see him around.

We lost Parker. They're on a TRANS-SEGABABA. I think we lose this category 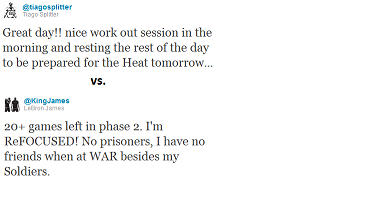 We win the Mojo!

I've flipped back and forth so many times with this game. In all honesty, if Parker was not injured, I would have said we crush them by 10-20. But, an extremely good team, even on a TRANS-SEGABABA. If Bosh goes off (as most mid-range shooters do against the Spurs) they win. Otherwise, I think we win a very close game.

Key 1 - Stop 1 of the big three. The Heat have lost most of their games when a single player has struggled. If we stop just one of them, we win this game.

Key 2 - The Heat excel at defense. But there's a flaw, they are one of the worst teams defending assists. If we can get easy baskets by utilizing good ball movement.

Key 3 - These guys are fantastic in the open court. Let's limit turnovers and transition rebounds. I've heard if the Heat get a stop, they can run whatever play they want, but if the other team scores, they have to run Spoelstra's play. Let's force them to listen to their coach.

Spurs Planet - Our old friend Wayne Vore is back. Too bad he updates so rarely