The Spurs and The Beatles

Share All sharing options for: The Spurs and The Beatles

Have you ever seen the movie Let it Be, the documentary about that Beatles album? It's ok if you haven't; it's pretty hard to find, and the surviving Beatles have chosen not to release it on DVD. That's probably just as well, because it's kind of a depressing movie if you're a Beatles fan. Everyone is getting pretty long in the tooth for a rock and roll band. None of the boyish enthusiasm of Hard Day's Night or Help! anywhere to be seen. It looks like real drudgery. They are all cranky with each other, brooding, and the sessions are a struggle. Nobody seems to be in sync. If you listen to the entire album today, you're likely to enjoy a hit or two, but find that many of the songs are uneven and forgettable. When it was recorded, nobody in the group was pleased with the results, and the project was shelved; perhaps never to be released. At that moment, the Beatles were out of gas. They had stopped doing live performances, they seemed to be falling apart, and they were making second-rate music. Most fans, journalists, and maybe even The Beatles themselves, believed the band was finished.

If, my dear reader, you have made it to paragraph two, you know where I'm heading with this: I'm a Beatles fan, and I am about to launch into a comparison of the Fab Four with your very own San Antonio Spurs. Like the Let it Be sessions, the last couple of seasons of Spurs basketball had many an observer, and even some loyal fans, thinking that the dream was over. But after a brief hiatus, Ringo, Paul, George and John decided to give it one more go. They gathered in London in their familiar studio and gave the reigns to longtime producer George Martin. They got back to basics. They all had songs to contribute, and they all worked hard to complement each other's compositions. Turns out these guys weren't quite done after all. They had one album left in them: a masterpiece. They weren't young anymore, and maybe they could see the end in sight, but they were still The Beatles. And they were still capable of doing what they did, together, better than just about anybody else. That's why the Beatles didn't end with a whimper, but with a bang of proverbial proportions: an album called Abbey Road. 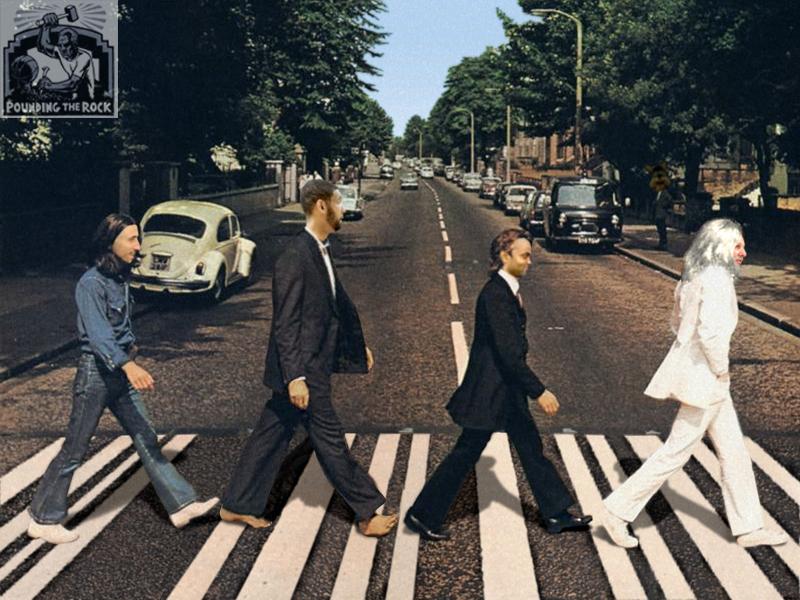 One great thing about Abbey Road is that there is no lead performer. The days of McCartney or Lennon acting as bandleader were over. By then, every Beatle had become a fine songwriter in his own right, even Ringo! That sounds a lot like this season's Spurs. Gone are the days when seventy percent of the plays run through Tim Duncan. This year's team is, undoubtedly, the most balanced one ever. No team in the history of the franchise shares the load like this team. To date, eight different Spurs have lead the team in scoring, and nobody averages over seventeen points a game. Timmy, great as he still is, does not have to carry that weight any more. Its success through balance and collaboration. Next time you see a beautifully run play with pinpoint passing and cutting that ends with a lay-up, consider listening to Because. Those are some fine vocal harmonies there, with no one taking the lead. Why are these Spurs so good? Perhaps the answer is buried in the the way Harrison plays the chords of Beethoven's Moonlight Sonata backwards on the Moog synthesizer as the only instrumentation in Because.

Sometimes when I listen to Abbey Road, I try to ignore all that great synchronous collaboration and just focus on one musician's contributions. For example, one time through I will try to only listen to Ringo's utterly unique drumming. Next time, I'll focus on George's polished guitar solos or listen intently to Paul's incredible work on the bass. It's kind of hard to maintain this focus, because the album just begs to be listened to in a more holistic way. But it is a great way to appreciate the skill and energy that each Beatle brings, as an artist and as a bandmate. Try this yourself during a Spurs game. Record the game while you watch it live, appreciating the gorgeous team play. When this team is in sync, it's a thing of beauty. Then watch the replay, and just keep your eyes on, say, Richard Jefferson, and focus on all the things he contributes, most of which never shows up in the box score. It really makes you appreciate the wonders of individual brilliance in the service of team harmony. 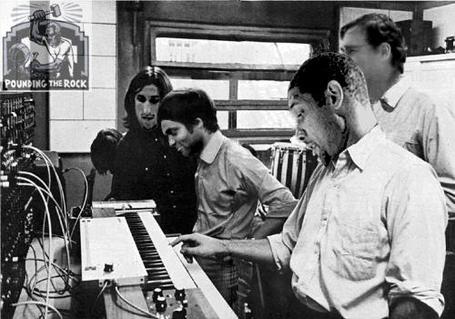 Hard to Pin Down

Just why is this team so good this season? The answer defies easy explanation. For years we have grown used to the games in which Duncan looks like he isn't really doing anything outstanding, until you glance at the box score and realize he somehow got yet another double double. How did he sneak up on me again? I should know better. This season, it's not only Duncan who has these quiet nightly wonders; it's the entire Spurs team. They're making a habit of sharing the scoring, delivering very few plays that would raise anyone's eyebrows on the highlight reel, and... winning by ten. To really appreciate these Spurs, I am trying to learn to take the long view. A highlight, a big game, a streak, a "statement" win. None of these things really tell you how good this team is. You have to try to look at the entire game, at the entire season, to appreciate their body of work over the course of these seventy games and counting. And likewise, if you approach Abbey Road looking for hits, it's just the wrong approach. The greatness of the album is that it truly is an album. The songs are not really meant to be heard in isolation. Heck, you can't even listen to Abbey Road on shuffle because most of the songs flow right into the next song. It really requires you to set aside an hour and listen from beginning to end. I think this year's Spurs are also best appreciated in this way. They're a great album, so much more than a collection of hit singles.

The Same, But Different

Abbey Road is unmistakeably a Beatles album, but it's different. Everything seems so tightly structured, so perfectly pieced together. They were strictly a studio band by then, and they were highly experienced, accomplished musicians. There is a refined quality to every moment on the album; all the layers of sound carefully placed like a thousand piece puzzle. Most of the songs on side two are really just snippets of unfinished songs, but the Beatles and George Martin somehow weave all of these pieces together into something at once intricate and solid. Every second of this album... fits. Watching the Spurs at their best this season, especially on offense, I get this same sense of a carefully constructed machine. Every little layer and piece is in place, and just where it needs to be. If these musicians and athletes were not such artists, this would almost be boring. But the results are so beautifully composed and executed that it is riveting to experience it.

But this musical precision came with a trade-off. The Beatles had been a great live act, but by the time they recorded Abbey Road, they had abandoned the road, and now only played in the recording studio. I have to say that the Spurs have made a similar transformation. San Antonio used to play bruising, relentless defense night in and night out. Like a great live band that has honed its sound in dives and bars, the Spurs had those suffocating defensive chops that could always be counted on against any opponent and in the biggest of games. But this Spurs team is winning in a different way. For a lot of us long-time fans, this is hard to swallow. Hey, plenty of Beatles fans got fed up with the band when it quit touring. A real rock band has to play live and loud, they felt. I am probably equally dogmatic in my stance on basketball: defense wins championships. Maybe I'm just kidding myself and being a fanboy, but I have to say this season has planted some doubt for me regarding that old truism. Should we dismiss Abbey Road because the Beatles were by then only a studio band? Should we dismiss the Spurs' season because they aren't tops in defense? 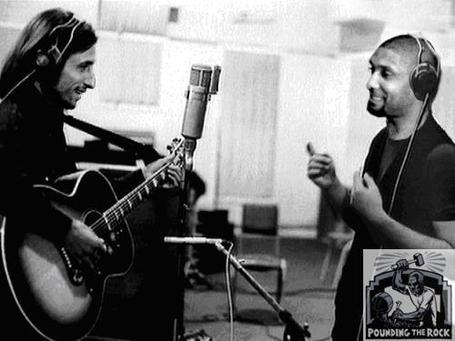 All the Way to Her Majesty

Right now, if the Spurs' season is Abbey Road, we're just about to "Mean Mr. Mustard", or maybe "Polythene Pam". We're in the middle of a disorienting but somehow beautiful medley, and we really can't tell if all this sound and fury will end up in a satisfying way. Will it all come together? Will it fall apart in failure? Personally, I've decided that I just don't know. Like the Beatles in 1969, the Spurs are in completely uncharted territory for them. Those championships are in the distant past, as relevant as Sgt. Pepper's or Rubber Soul must have been to John, Paul, George and Ringo as they gathered together throughout the last July of the Sixties. Great achievements, and surely a source of pride, but too far in the past to matter much for the present. What that band and this team share is greatness, along with uncertainty. What I have decided is, I'm going to embrace that uncertainty, too. You can't appreciate Abbey Road if your ears are only prepared to hear Revolver. You need to soak in its greatness to be open to hearing it for what it is; a work of four men whose band had evolved into something far different from the collection of mop-toppers they'd been when recording Please Please Me. To fully appreciate the album, you're going to have to stop believing in yesterday. For these Spurs, I am trying to adjust to a different kind of greatness. Tim, Manu, Tony and Pop, those Spurs that have won titles in the past, maybe it's the uncertainty of this journey that keeps them pressing on for a new kind of greatness with this team. We did it that way, and we did it better than anybody. Can we do it this way? They don't know the answer yet, and neither do any of us.

I was a little boy when the Beatles broke up, too young yet to appreciate what they meant. Abbey Road has been around for nearly my entire life, and I have listened to this record countless times, but always in the aftermath of the band: after the end. I try to imagine what it must have been like for a Beatles fan in 1969, before the end, someone who perhaps had lost hope that there was anything more to be heard from them... What it must have been like to buy that record, not knowing what to expect. Rushing home to the turntable, sliding the vinyl album with green apple core label from out of its jacket -- that photograph of the four Beatles sullenly strolling, dressed haphazardly but in perfect unison, across an empty Abbey Road crosswalk... What it must have been like to listen to that album for the first time. However it ends, this season for the Spurs is already superb, a magnificent twilight masterpiece. Conscious of this, I am determined to set aside the past glories, and continue to be as open as I can be to what makes this season truly special.