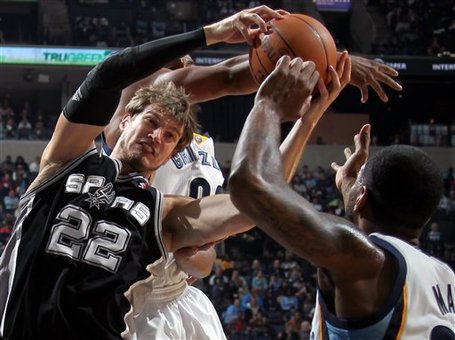 The San Antonio Spurs lost their third straight game, 104-111, to the Memphis Grizzlies, ending the two teams' season series at 2-2. The Spurs lost Manu Ginobili to a lower thigh contusion midway through the third quarter, but the team kept it close throughout with big contributions from the bench. George Hill had a stellar offensive performance with 30 points, while Tony Parker had 20 points, 6 assists and 5 turnovers. Tony Allen and Zach Randolph had 23 points each to lead the Grizzlies, with Allen in particular making a clutch basket and free throws in the remaining minutes.

It's a second straight non-recap recap, after the jump, so let's get to it. 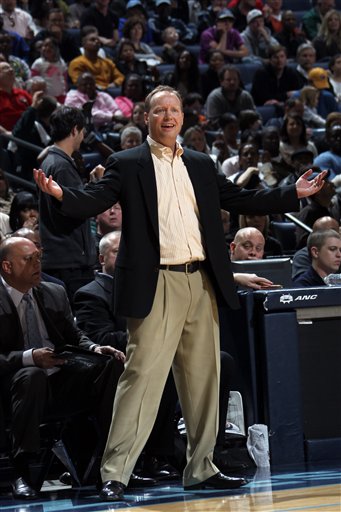 The real recap, Coach Bud? I didn't know where it went to either.

The Recap that Wasn't Meant to Be

I originally wrote a wall of text that had more of a rah-rah and eff you haters theme, and while having lunch with this girl who seems to be growing a little bit on me, contemplated whether it was time for that kind of recap. As I was walking on my way back to work, I decided to just forget about it and write something short. When I got to my desk, I found out that my awesome work computer decided to reboot itself, thereby eradicating my draft in the process.

Sigh. I just spent an entire morning not working and writing that crapper. That recap wasn't meant to be, I guess.

I don't want to make excuses for the team. We lost to the Memphis Grizzlies whose players were more clutch than ours in the waning minutes. Actually, the last three teams have been more clutch than the Spurs. Anytime a strictly defensive guy like Tony Allen drops 23 on your team, you know there's something wrong. Zach Randolph getting his double-double against the Spurs is as automatic as Tim Duncan's bank shot. We had no Manu Ginobili, our most clutch player, for the 2nd half, and a lot of defensive lapses late cost us another game in which we were ahead late but just couldn't close it out. That's basketball.

But make no mistake about it, even if you're mad at this team and the coaching staff right now, they fought tooth and nail to try to win this difficult road game. Our young guys stepped up big time in the absence of our stars, so that's something positive to take away from this slump. We're going to get there guys, but hopefully the step up memo will arrive at Matt Bonner's desk soon. 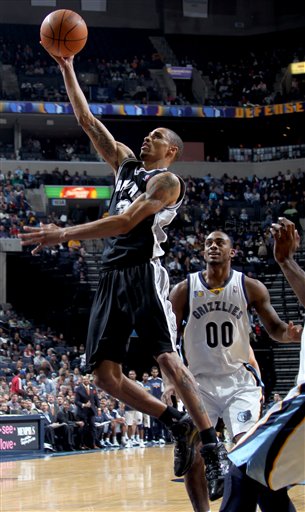 Hill stepped up to the challenge. Can you?

So What is the Moral of the Story?

Do you believe in moral victories? I do. Otherwise, it'd be really difficult for a team to find meaning in losses. Yes, there is some meaning that can be found in the rubble of a loss, and they're not just all negative unless you're a Negative CapHill (I love you Cap, by the way). Yes, the Spurs have lost three in a row, the sky is falling, and just as sick as how people love to kick a good man when he's down, other fans will kick this team now that they're slumping and showing a lot of vulnerability.

Even more surprising, is that fans of this team have also been kicking them, and that just somehow makes me sick to my stomach. Winning regular season games has brought out the spoiled and greedy side in most of us, thirsting for blood after every win, and screaming for heads to roll after bad losses. "We can't win because we lack size, Bonner sucks, Pop has been making awful decisions, Tiago should play more, yada yada yada." We're on pace to win 60 games and our chances of winning it all are closer to zero than say fifty, isn't that right?

If you don't believe in this team's ability to win, then let me show you the door. It's that easy. Wait. Forget it. These players don't care about what we think. They wouldn't read our opinions on this blog, and if they did, they'd probably not give a shit anyway. The coaching staff knows what to do, the players know what to do to and what to work on to turn things around. I say keep on underselling your team now that they're stumbling, but don't as hell show your face around here when they succeed. If they fail, I'll gladly eat the crow that I've spat out in this recap if that'll make you feel good about yourself.

The ugly side of fandom is that people can take eons to muster enough hope, but only a few losses to extinguish it. The Spurs have won 50+ games to this point, don't we have to somehow give them some space to make mistakes? Whatever happened to being a Spurs fan and understanding and knowing by heart all these concepts about the big picture and pounding the rock? Everybody's an armchair analyst these days, I get it. But not everybody has the audacity to keep the faith on their team at its darkest days. You can choose to look at the bright side, or continue to allow yourself to be consumed by the voices of people saying this team isn't built enough to win it all. If you chose the latter, well... I hope you're happy with that.

Coach Pop had this to say post game: "I was really proud of them. We’ve had three tough road games. They pulled together pretty well and gave it their best shot. They just came out on the short end." I'm equally proud of these men. Games like these three loses are needed if this team is to have championship hopes. We didn't lose any of these just for the lack of trying. We were there and fought valiantly down to the final minutes. We just didn't win in the end. Not everyone will, especially in an 82-game grind. But this game should tell you something about the make-up of this team -- even if the odds are stacked against it, it will not back down.

Tim Duncan will be back, and his time off would be very beneficial not because he got a lot of rest, but because he got to step back and take a good hard look at what he has with his teammates. Tonight, despite the loss, I'd be somehow willing to bet that he liked what he saw.

Up Next: at home vs. Portland. We're banged up, but at least we're home.