While every Spurs fan was holding a collective breath as Tim Duncan went down early in the first quarter, Tiago Splitter was instead taking a deep breath as he stepped on to the floor to fill Duncan's big shoes. His start in the previous game seemed to pay off in this one as he appeared to play with more confidence. The kid grew up a bit tonight and filled up the stat sheet with 10 points, 14 rebounds, 2 assists, and 3 steals in 27 minutes, and kept his fouls to only 3.

I don't believe the Spurs do a lot of rookie hazing, but as Tiago steps on the Spurs logo, I couldn't help but be reminded of one of the rules for freshmen at the high school where I taught: "No walking on the school logo!" 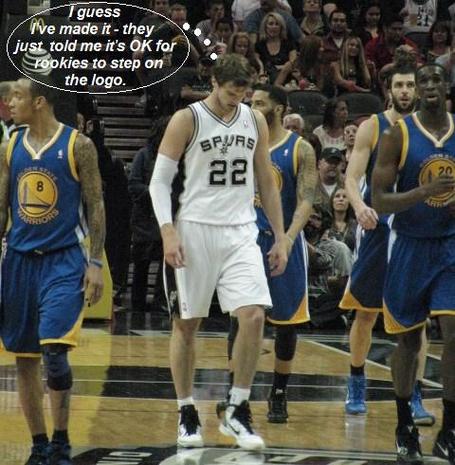 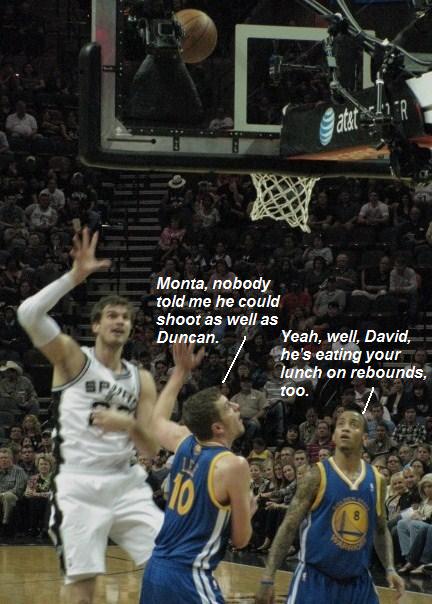 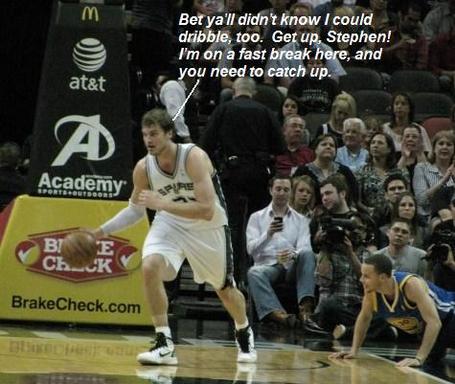 Tiago continued to struggle from the free throw line, missing both attempts. 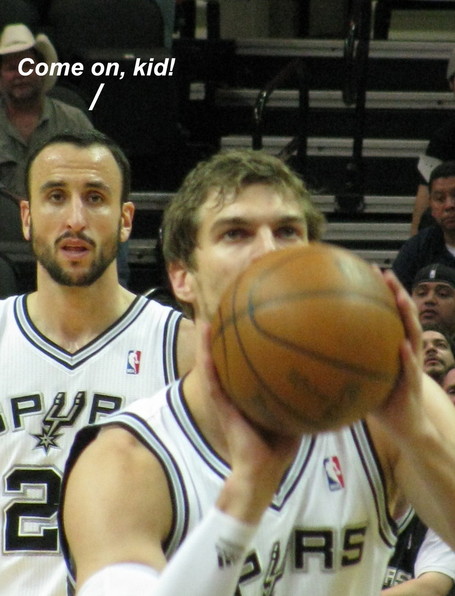 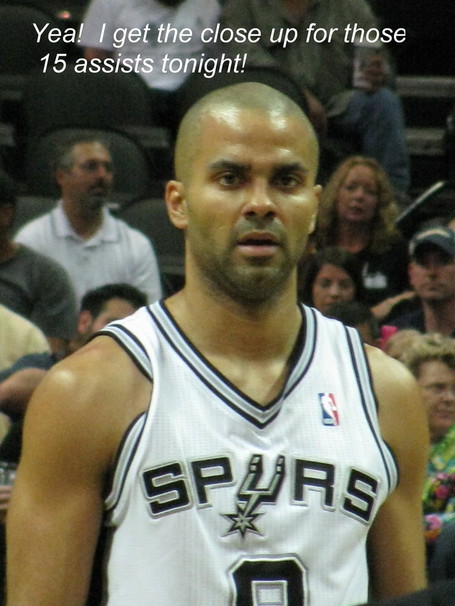 Actually, Tony, you get the close up because I was hoping to capture THIS moment - 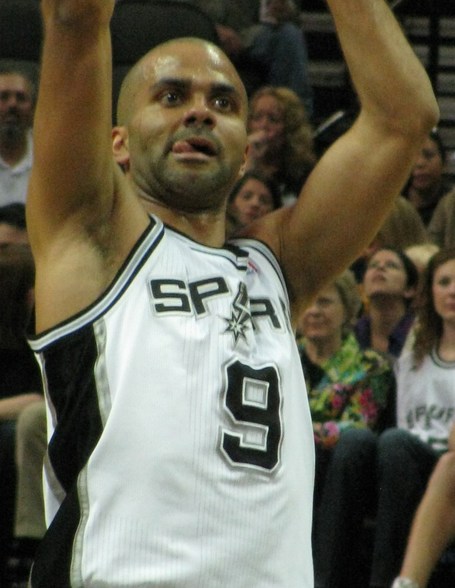 Steve Novak also had another great shooting night: 13 points, including 3 of 4 threes. 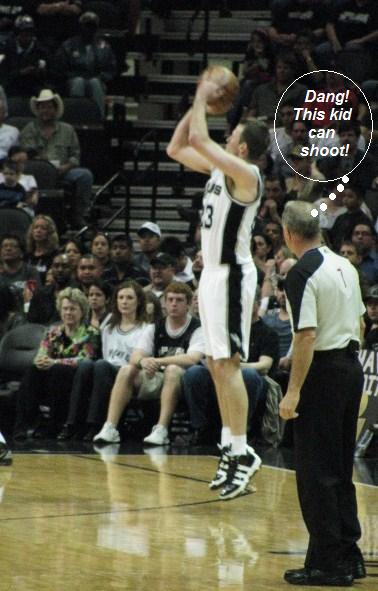 Novak was named WOAI's Impact Player of the Game, coming out to be interviewed by Bill Schoening after the game. You've gotta love that smile! 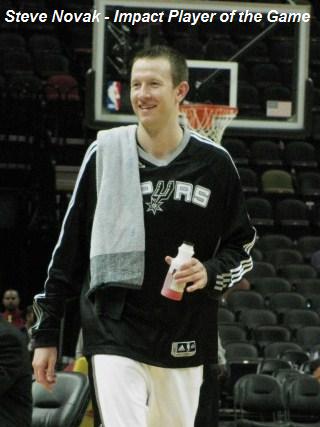 Manu was Manu again - 28 points, 4 of 9 in threes, and three steals. This was his 30th game of at least 20 points this year. Last year he accomplished that in 24 games. 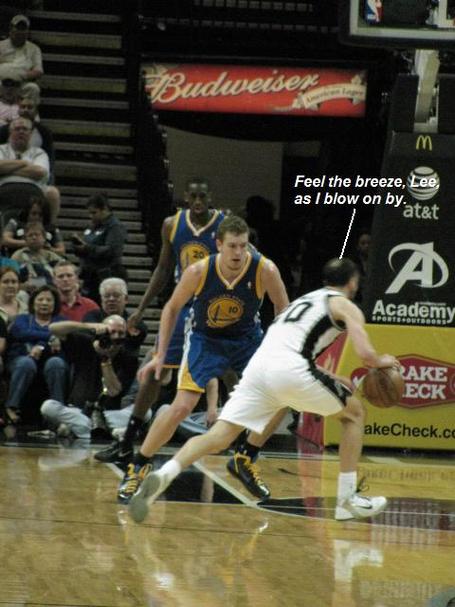 A fourth quarter steal by Manu led to a dunk at the other end. Players on both teams just stood at the other end of the court and watched (move, please - I've got a photo the take here!). The ball hit Manu in the head as it passed out of the net. 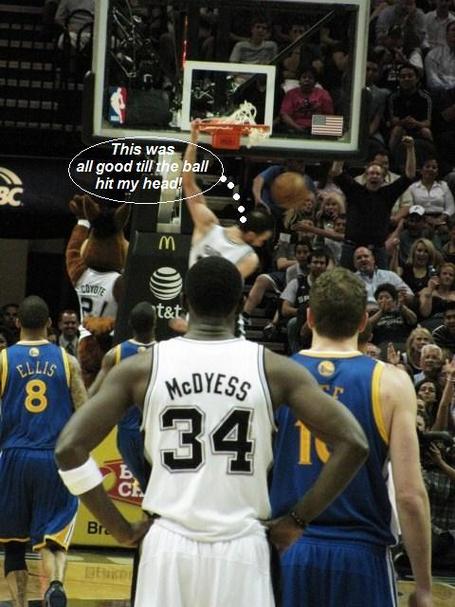 Basketball Jesus was in the house again - his sign had a large trophy on it and said "Have Faith". His "disciple" has a t-shirt that says "Jesus Loves the Spurs." 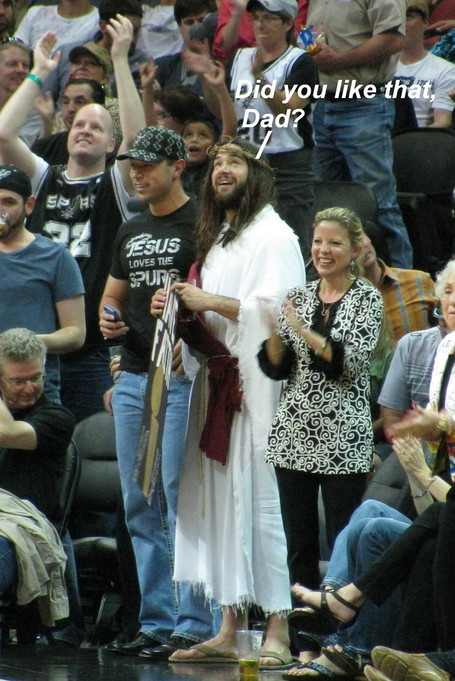 Coach Popovich seemed hell-bent for getting tossed as he protested a non-call involving RJ. He got a technical before Coach Newman jumped in and calmed him down before he could get tossed. 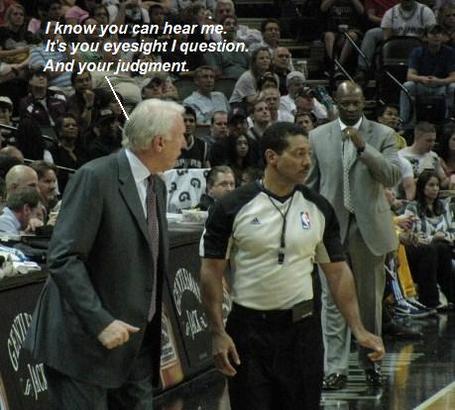 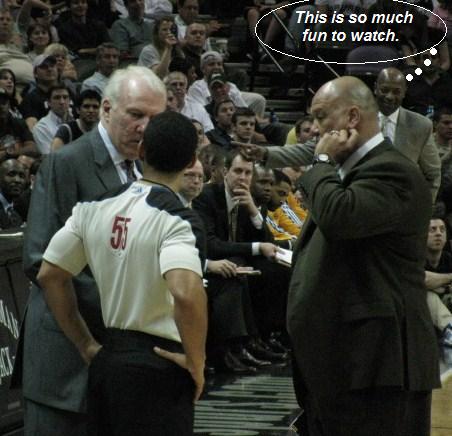 The rest of the photos are shots of pre-game to the opening tip: 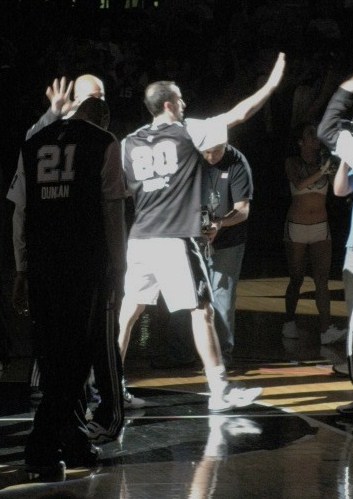 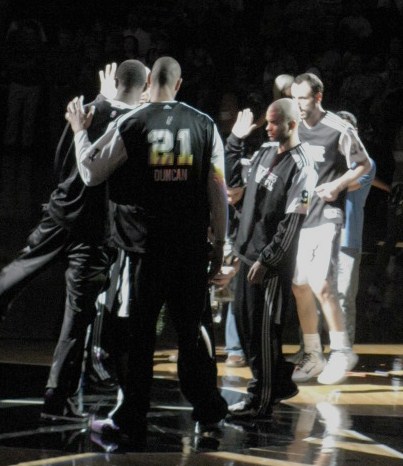 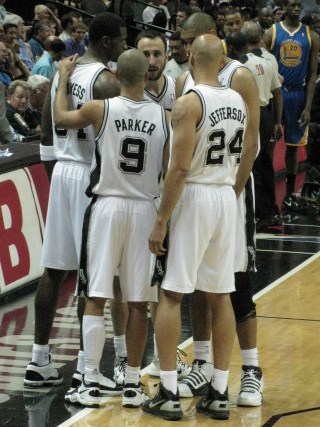 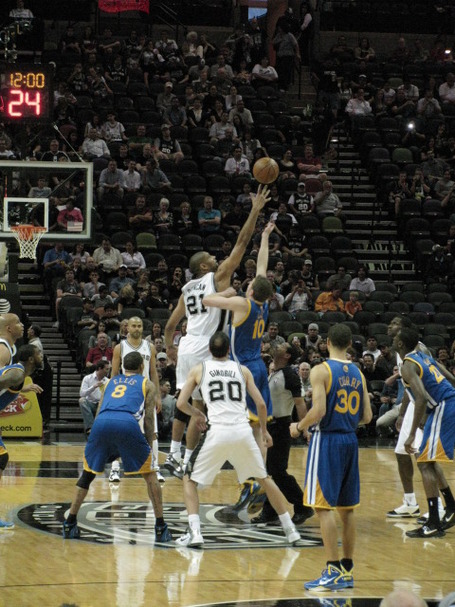