Share All sharing options for: Photos - Magic Shoes Make the Difference Against Houston

If you've read the original book The Wonderful Wizard of Oz, or seen The Wiz, you know that Dorothy was able to get home to Kansas thanks to the magical powers of the silver shoes (they were changed to red shoes for the 1939 movie to take advantage of the new technicolor process). But when Dorothy woke up in Kansas, the shoes had disappeared. Well they surfaced Saturday night in the Toyota Center, and it took all the magic they had in them to get the Spurs "home" with a win against the Rockets. 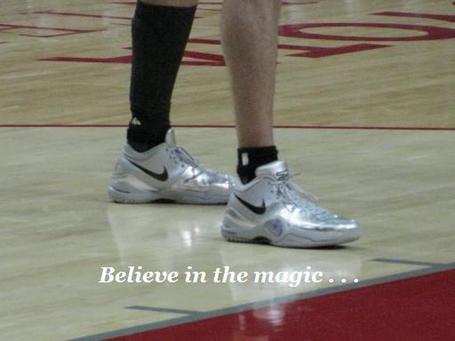 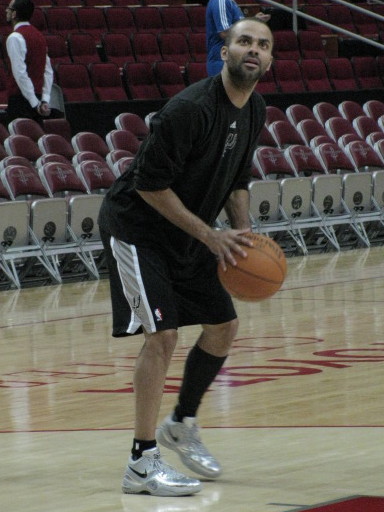 Whether it was the shoes or not, we'll never know, but Tony continued to do some magical things on the basketball court. 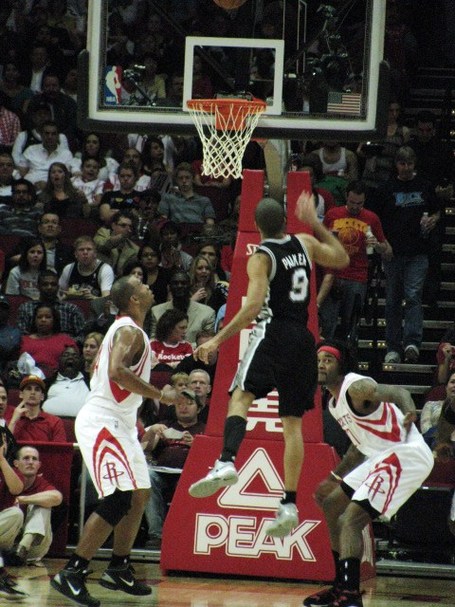 Timmy, of course, has his own brand of magic. During warmups he and DeJuan were all smiles as they stood under the rim and snagged rebounds for the rest of the Spurs. 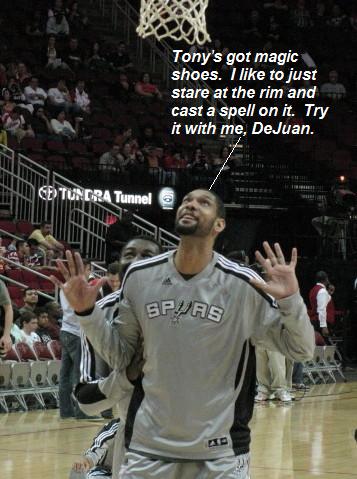 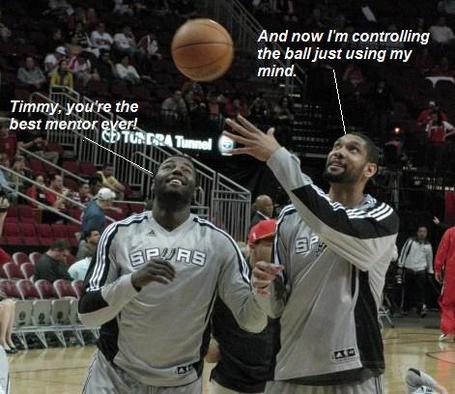 Manu, and Pop, got upset at the lack of foul calls when Manu was shooting. Both worked the refs frequently during the game. 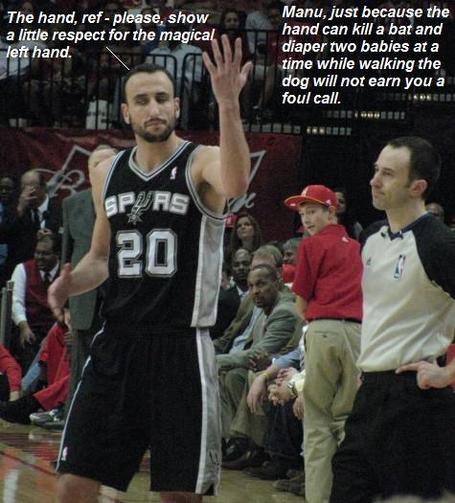 The magic left hand at work: 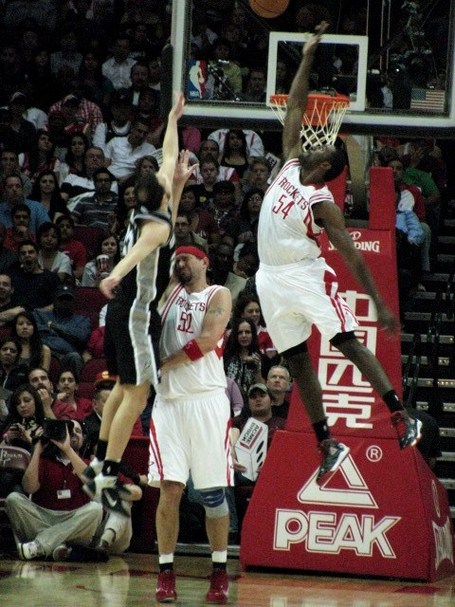 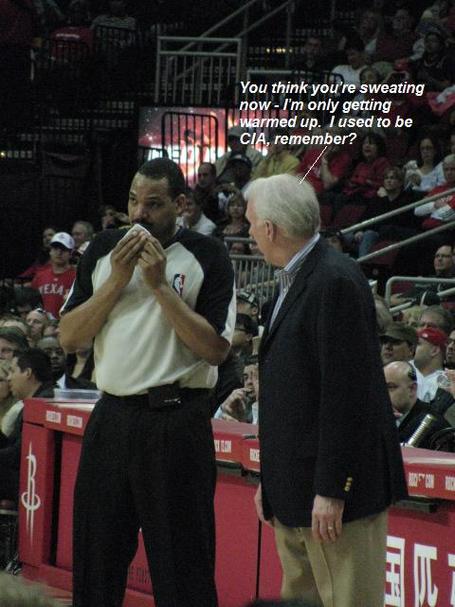 And when Tony appeared to catch a chill late in the game, Manu made a request of the equipment manager. 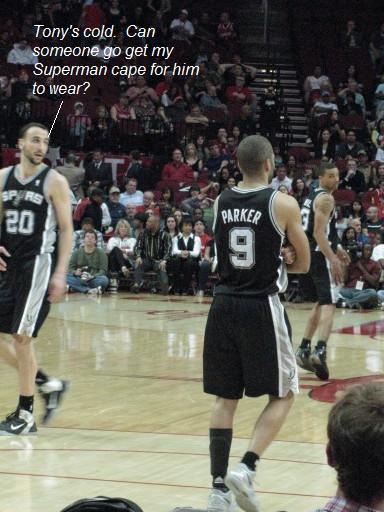 Another close game had Pop threatening to "pitch a fit" as my Aunt Vera used to say - But Manu tried to keep him calm. 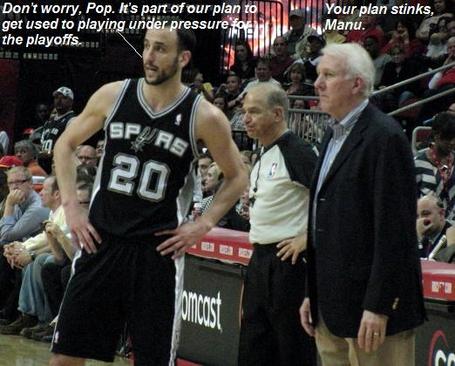 A late timeout with the game still in doubt had the guys checking out the expression on Pop's face before walking off the court: 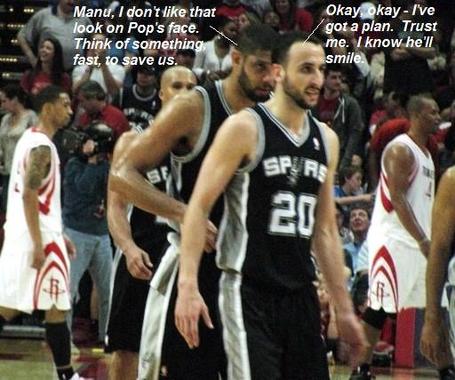 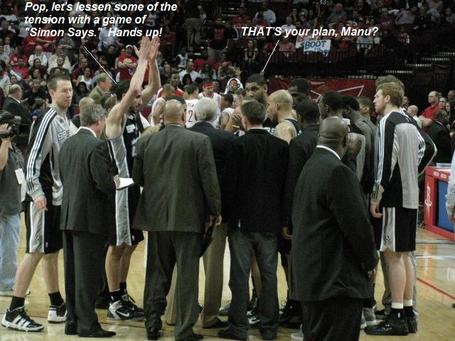 Back to backs are tough - 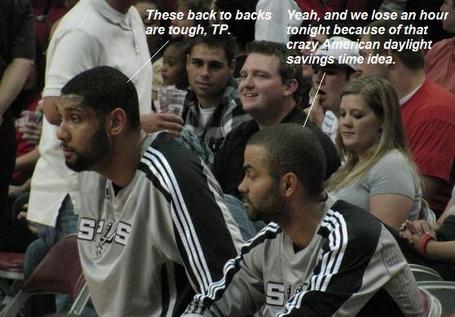 And once again, Tiago did not get any playing time, but ladies, I caught some shots of him for you anyway. 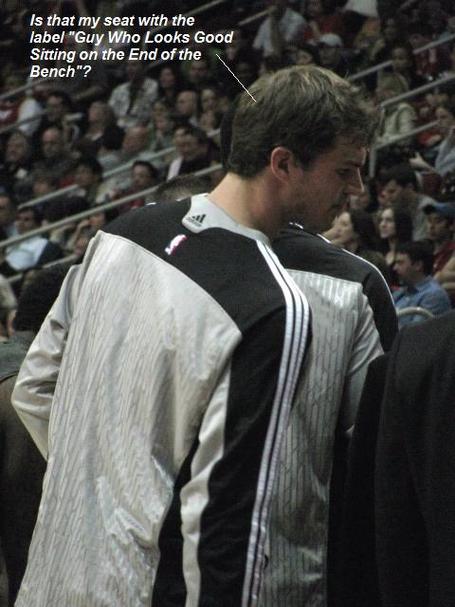 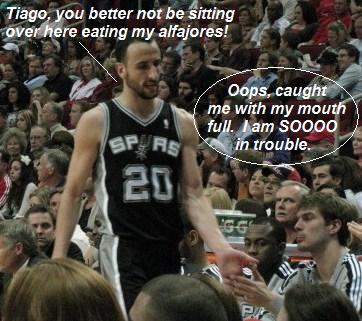 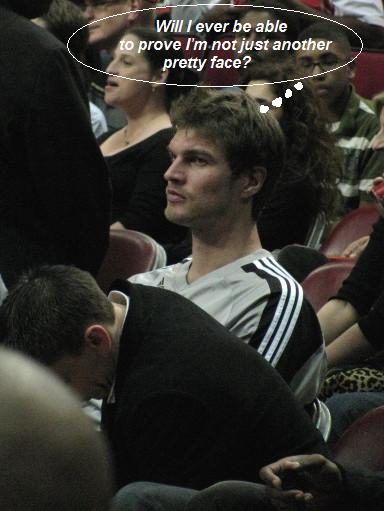 Antonio McDyess played the role of the Wise Old Man - 12 points and 12 rebounds: 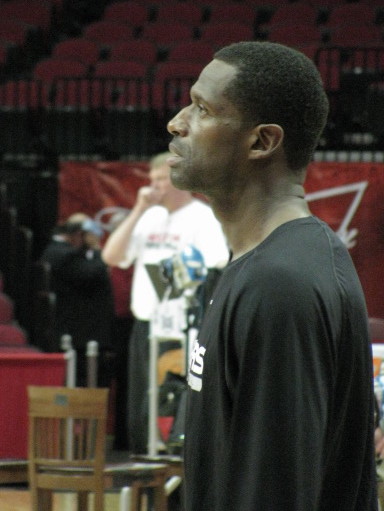 Love this photo of McDyess in action: 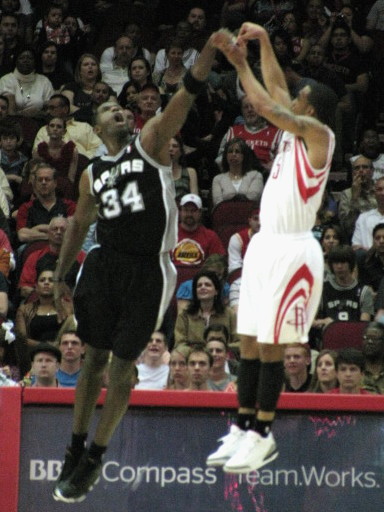 I had a great seat five rows off the court - this close-up of RJ will give you an idea of how close I was: 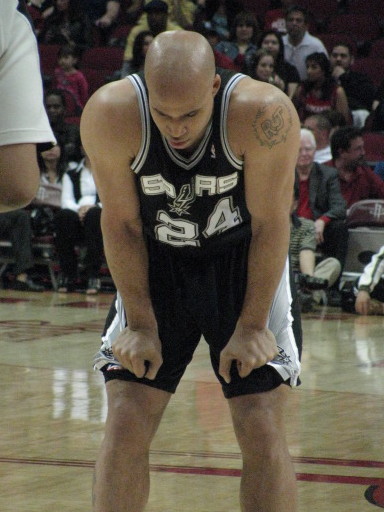 Of course, sitting so close left me vulnerable to "Clutch" the Rockets' mascot - not sure what kind of animal he is. Before the game started he walked over to where I was sitting and sprayed every Spurs fan in my area with Silly String. I was not impressed - the stuff smells nasty and ruined my beer! 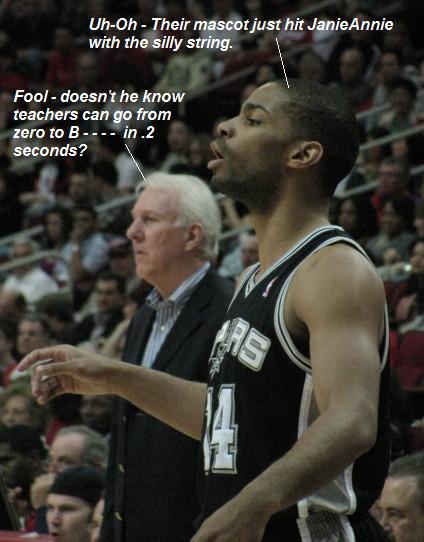 The player introductions for the Spurs were a mess. The guys couldn't hear what name was being called, so they guessed: Manu went out as McDyess; Parker became RJ, and then the rest of them just walked out together. Here are the starters huddling before the tip. 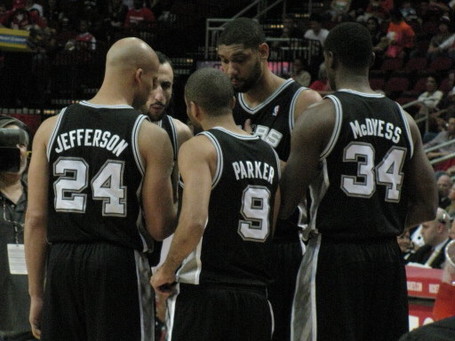 On the drive home I noticed a sign on the side of the road in tiny Carmine, Texas, that read: "Texas Basketball Museum." Of course, I stopped, and took photos. Later in the week, in the lull between the Heat and Mavericks games, I'll post a photo essay about the place. It turned out to be a nice surprise - even found a photo of a former boyfriend on the wall. Stay tuned!