Manu was playing well in the first half, making those kind of passes and shots that only he can make. And then it happened: Dracula came back to visit the AT&T Center, swooping down to the court. Was it some kind of subversive action by the Kings to stop Manu? After all, it was the Kings we were playing the fateful Halloween night in 2009 when Manu swatted the bat out of the air. This time, Manu wanted no part of the bat, but the Kings bench threw towels in the direction of the flying rodent, and Coach Paul Westphal had his clipboard in hand to swat the thing if it ventured near. 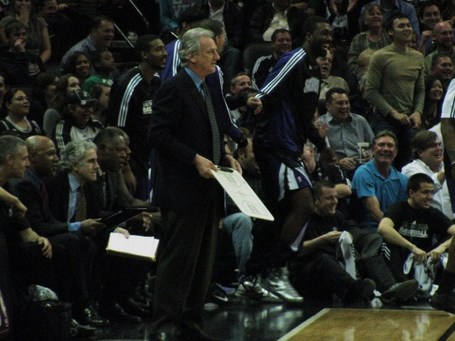 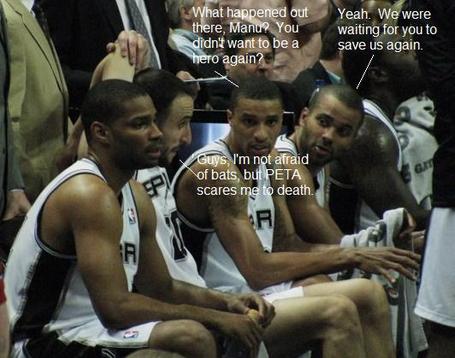 It was the second and final home Noche Latina, but inexplicably, the Spurs were not wearing their Los Spurs jerseys. I'm guessing the jerseys had been packed already to wear Monday when we play El Heat - yes, I know they are white jerseys but in past years we have only had Los Spurs jerseys in one color. 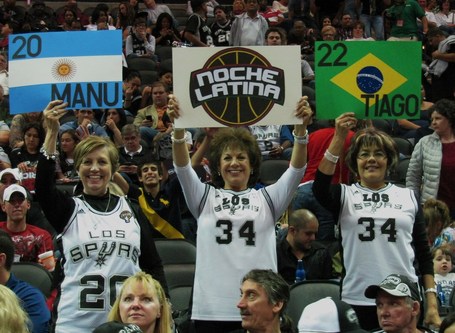 Basketball Jesus was in the house as well. 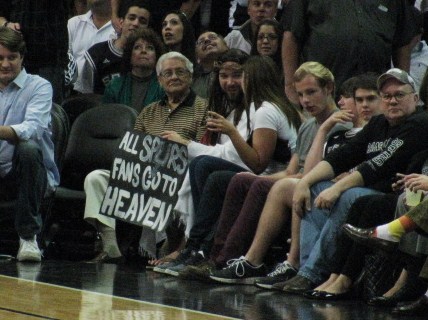 At one point in the second half, Coach Pop became so angry with the team that he skipped the normal huddle near the free throw line with the assistant coaches and just headed straight for the team. And then his hair seemed to literally stand on end. 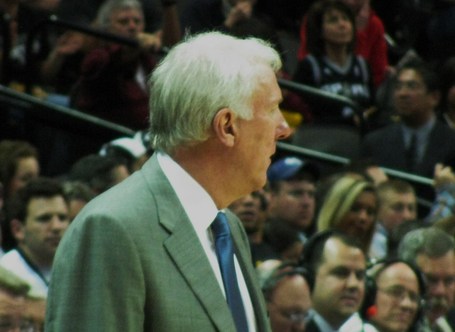 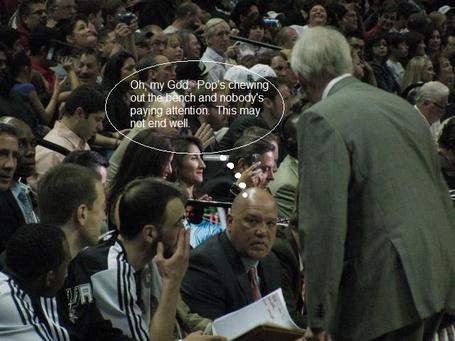 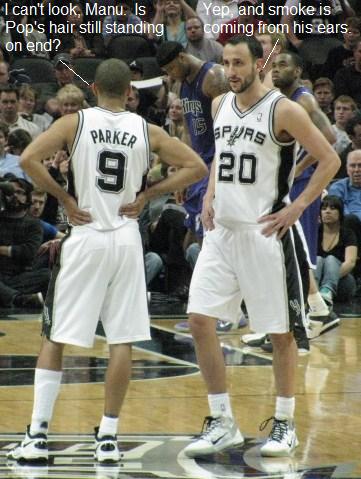 With the game hanging in the balance, the Big Three took over and brought home the win. 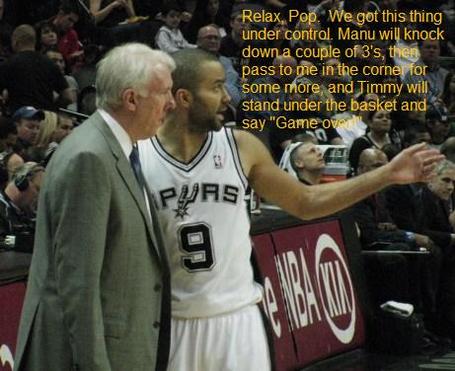 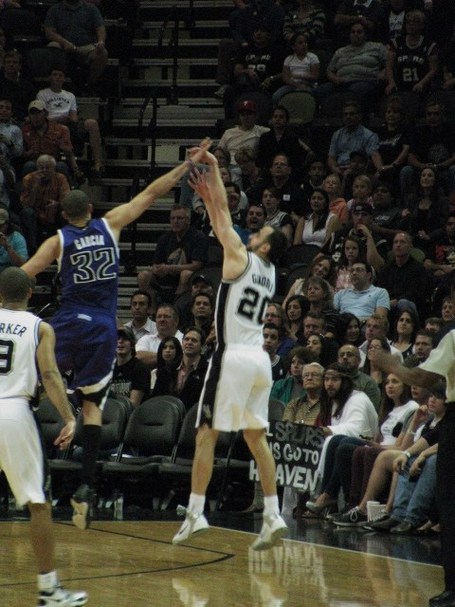 And Tony worked his magic. 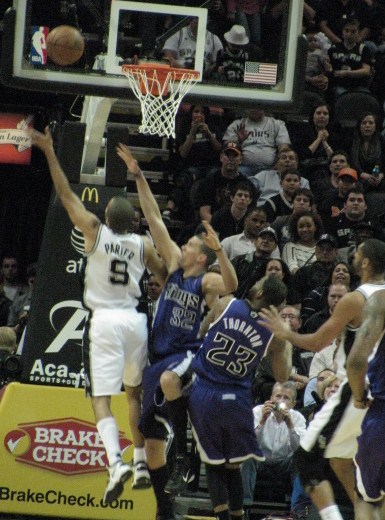 Spurs WIN!!!!! Not pretty, but a win. See you guys from Houston tomorrow night. I'll be 4 to 5 rows up on the baseline near our bench.