Photos - Man of A Thousand Games

Share All sharing options for: Photos - Man of A Thousand Games

Antonio McDyess became the second current Spur to join the 1,000 Games Played Club, joining Tim Duncan. Coach Popovich started McDyess tonight, and the milestone came against McDyess' old team. As if to celebrate, the Spurs threw a shot party in the first quarter, hitting their first 14 shots in a row. 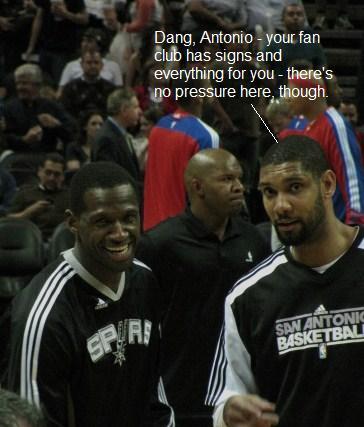 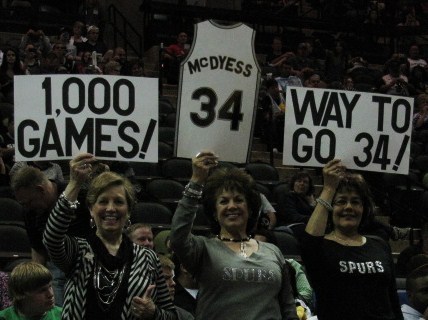 Antonio did not disappoint the crowd tonight. He showed off that pretty jump shot . . . 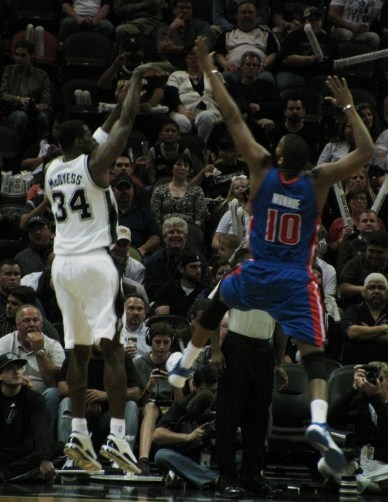 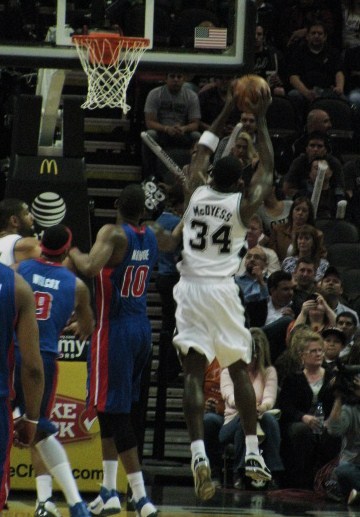 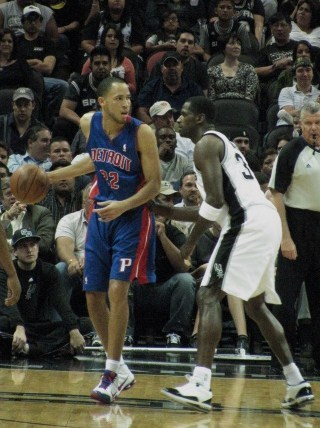 And on this play, he reaches in to deny Monroe a rebound and tip the ball to Duncan. 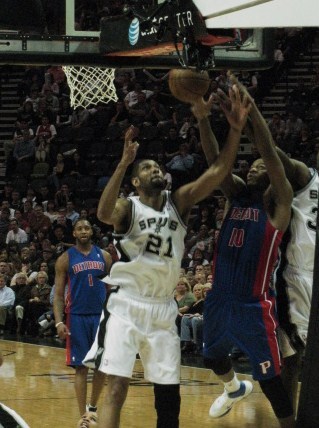 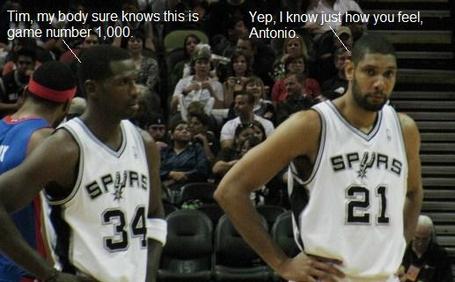 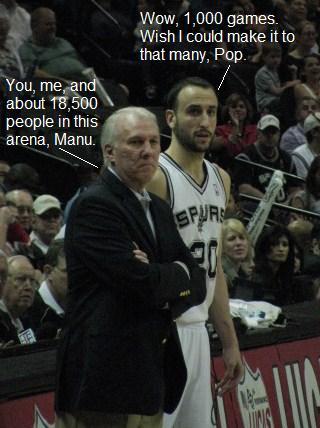 During warm-ups, Sean Elliott took off his coat and shot a few as if he wanted to join the 1,000 Game Club. 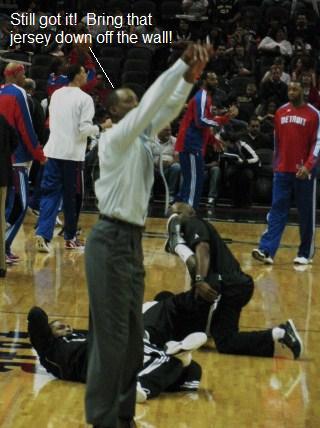 This shot is hard for me to get with the camera I have - Timmy has a pregame ritual of hanging from the rim as the lights are turned out for introductions. 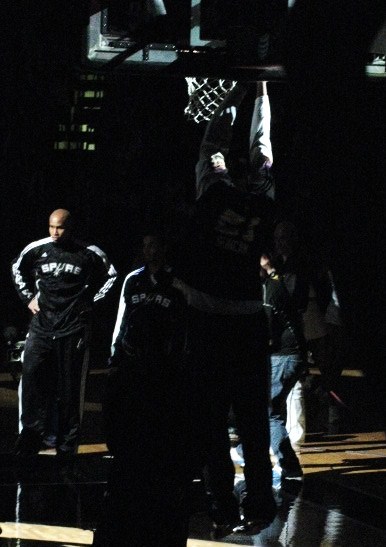 Why do I have a shot of the scoreboard? Because I don't recall EVER seeing a shooting percentage that high near the end of the first quarter - 84.2%! Just WOW! 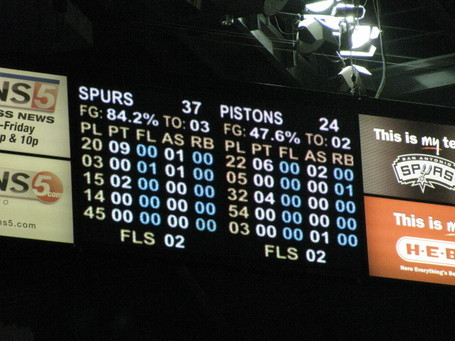 Manu was a big part of that shooting percentage, hitting four of five, the fifth one missing from 28 feet with one second on the clock. 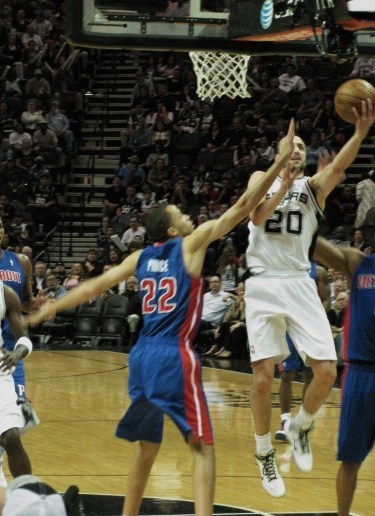 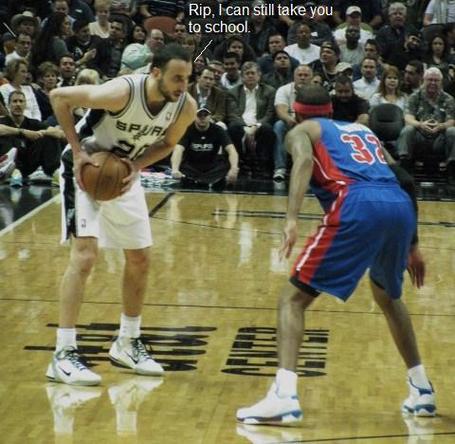 This one was a sick cross over, step back jumper. 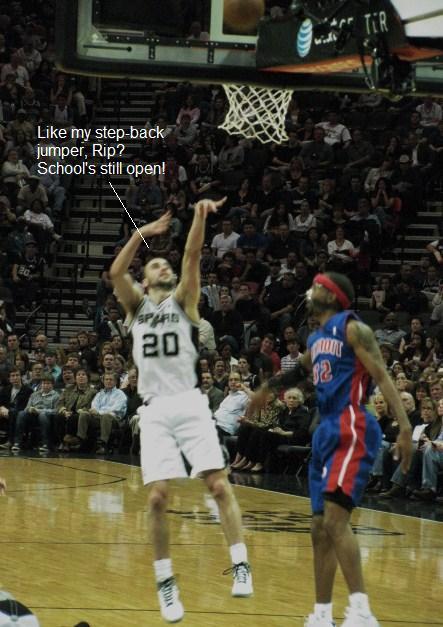 Tony was three for three in the first quarter. McGrady is still wondering how he got this one to go in - backwards over his head. 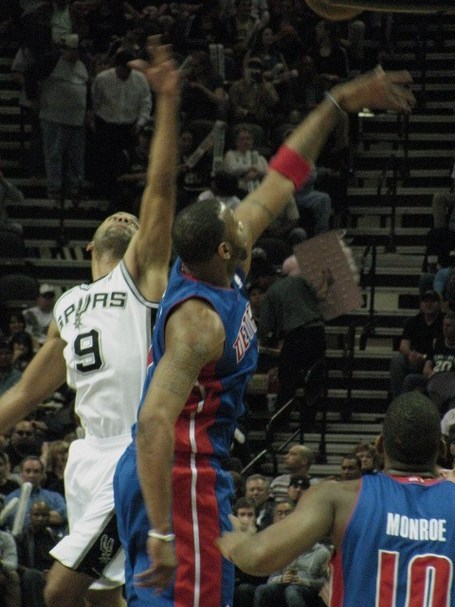 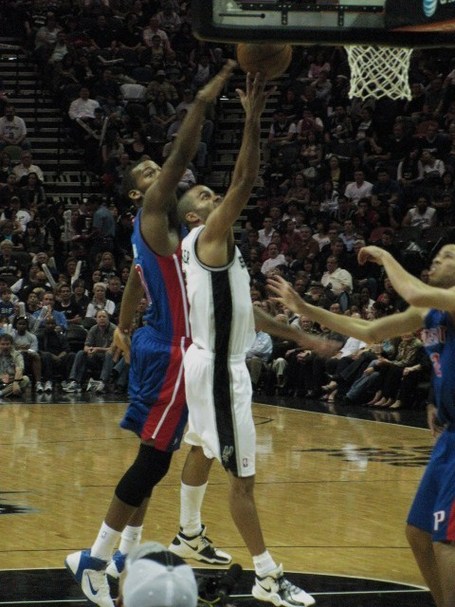 And, of course, Tim contributed with another double-double: 15 points and 12 rebounds. 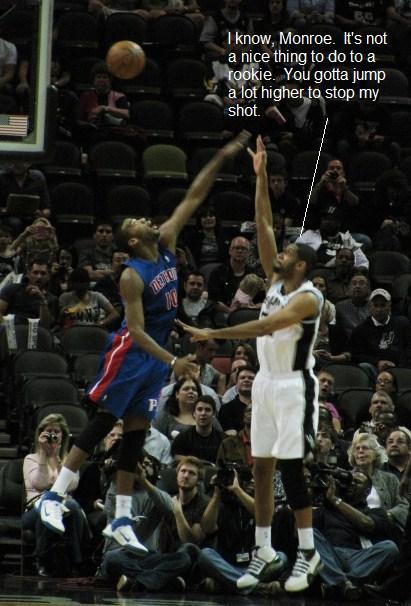 This shot of the two teams during the waning seconds of a time-out is interesting. Pop is still huddling with his team, while the Pistons seem to be milling around, their coach walking back to the bench. 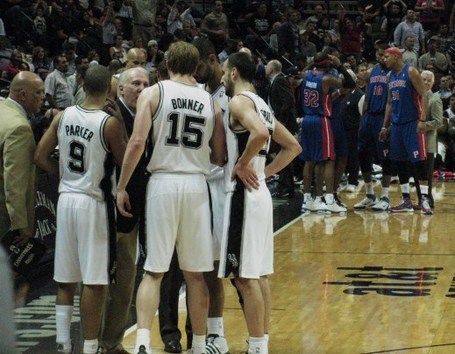 This game was annoyingly close, in spite of the Spurs' high shooting percentage, but it was also never really in doubt. Friday is another Noche Latina, and some of our signs will be in Spanish. As for photos, they will be late because I have to get up early the next morning and drive to Houston for the game there. I have a seat on row D off the floor on the baseline by our bench. I'll most likely post photos Saturday afternoon.