The Rodeo is in San Antonio. Which means that the Spurs are out traveling. The RRT continues with a visit to Sacramento, and yet another in the series of email exchanges I'm doing with the SBNation bloggers who cover our oppenents. Today the conversation is with Tom over at Sactown Royalty. Without further ado, let's get to it. (Go and join their side of the conversation, but be sure to play nice - they are Kings' fans.)

That was a tough loss to the Blazers on Tuesday, what with LaMarcus Aldridge smokin' the Spurs for 40 points. It isn't as if sweet-shooting power forwards haven't given San Antonio trouble in the past (and yes, I'm talking about Dirk). But Aldridge doing something like that, and Wesley Matthews outperforming Manu Ginobili in the fourth ... it felt weird, to be honest.

What's most weird about the Spurs' transformation to me is that everyone used to say that the Suns could never win a title with all that offense and a middling defense. Now the Spurs have a killer offense and a sub-elite defense. Will we hear the same criticisms? Do Spurs fans carry a morsel of doubt that this isn't a regular season mirage? 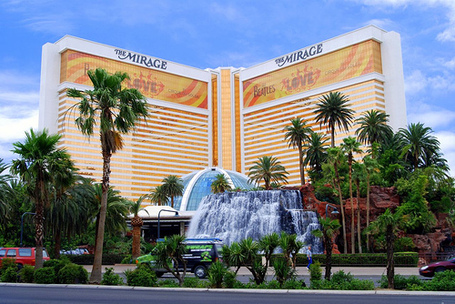 Surely, this isn't indicative of the Spurs' legendary defense!via thetrendsoflasvegas.com

It's not just Aldridge and Dirk who regularly run roughshod over the Spurs, it's David West and Lamar Odom and a ton of other guys in the league. That kind of player that a lot of people have been calling a stretch four, San Antonio calls poison ivy. The more attention you give it, the more you scratch and squirm, the worse it gets. And Tuesday -- it got 40 points bad. Now as far as Manu being outdone by Matthews in an endgame situation, well -- he hasn't been playing quite the same since he had the flu (or nagging cold, it's not like the Spurs ever would confirm something like that) back in December. He's playing better than he was, but it was pretty bad but he never missed a game. I'm going to reserve judgment until a few more weeks go by.

As to the defense issue. Where should I begin? Regardless of what the stats may say, the Spurs haven't been playing elite defense since Bowen was traded. Actually, his last year with the team wasn't much to talk about either. But Popovich has constantly been griping, cajoling, and developing the players he's had - always trying to mold them into a better defensive team. Even this group, with as many new pieces in the rotation as he's ever had before, has been climbing the defensive efficiency charts since late November, and they're currently 7th. This is by no means championship-level-shutting-down-oppenents-frightening-wives-and-children level defending, but as bad as they were playing earlier this season, they've had to stop a team or two in order to get to 7th. Over the last four weeks, teams have been averaging 43.3 FG% against us. I know it's just a month, but during that time we've played a number of the league's best offenses, and that number would be good for 3rd in the league if they can make that their average by season's end -- which would definitely be good enough to keep the press from labeling the Spurs defense as being Suns-esque.

Spurs fans, now that's a different matter seeing as they're often even more demanding than the press at large. But since the Spurs are into their Rodeo Road Trip, which is (according to tradition) when their defense is supposed to really come together, the fanbase is accustomed to expecting better results after the RRT. In fact, PtR has recently celebrated the expected return of this annual event with a musical parody you might enjoy. So all of the above, and last night's 89-88 victory over the Lakers (holding them to .425 FG%, .143 3PT%) has us feeling optimistic.

How about the Kings, our old friend Beno, and his legendary PUJIT? What's the latest on the guys in California's capitol? And why do Lakers fans refer to your guard out of Illinois as Sir Luther Head?

Beno remains a PUJIT champion, but he's still a part of the problem in Sacramento. He tries really, really hard on defense, but his lateral quickness is on par with that of a Hummer and he gets knocked to the ground on more partial or light screens than would a drunk unicyclist. His heart seemed to be a problem in San Antonio; it was certainly a problem under Reggie Theus in 2008-09. But he's played with great energy and, on offense, acumen this season. Cheers, Beno! Now learn how to get around screen, please.

Everyone else has had at least regular problems. Tyreke Evans famously slumped during a bout of plantar fasciitis, but he's been much better the past 10 games or so. DeMarcus Cousins is a damned roller coaster: a string of 20-10 games followed by a 3-15 night with five turnovers. Ebb and flow are to be expected from young player, sure, but the Cousins ride has been extraordinary in its violence.

Kings fans are hoping that the Maloofs make good on their promise to spend big money this summer, and that they don't get Clippers'd (word up to Randy Foye and Ryan Gomes). Until then? Wins are gravy. A bit different than in San Antonio, right? Speaking of which, given that this team has a better record than any Spurs squad ever, does it feel like a better team? Is there more or less faith and doubt than the span from 2000 through 2007? 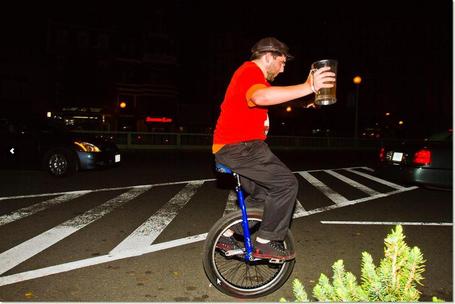 Beno? Is that you?via i.imgur.com

In a best case scenario, you'd like to have your guard's lateral quickness compared to something other than a Hummer, but if he started to show heart in NorCal, then I guess it's possible that he'd be able to pick up other skills there as well. Like, for instance, navigating his way around picks. Also, I must say that I've always been partial to drunk unicyclists, and I don't know why.

Both Duncan and Parker have had their struggles with Plantar wtFasciitis (scroll down from that link for the full entry) and Tony's was last year. So we've seen how much quickness can be robbed by the condition that no one wants to try to pronounce. I keep hearing great things about Cousins, but that's the thing about not following a team every game, you tend to either hear the best or the worst, and nothing else. So I had no idea he was struggling so much. Does it just look like he doesn't care some nights, or is it more related to him trying to figure things out?

The way you've asked your question about this year's Spurs team in terms of faith and doubt has really made me think about my answer. The team having a franchise-best record so far does, of course, make it very easy to cheer for and follow them, but I'm not sure it has yet equated to a feeling that we're watching a better team than the ones from the championship seasons. It's a very different team, to be sure; one with more young players in the rotation than Pop would ever have allowed in the old days. They're a team who rarely seems to panic, as though all 13 guys from Tim Duncan all the way down to 10-day contract Larry Owens, have somehow been steeped in the knowledge that every game is within their reach, even if they're down by more than twenty and it's nearly the end of the 3rd. Some of that is certainly helped by the way different guys have stepped up all season long, but it certainly goes beyond that as well. I wonder if it's something that any of the players would be able to describe themselves, much less the fans. Though I will say this, it feels like I'm going into each and every game with the attitude that the Spurs will win, and that it'll take something pretty unusual happening to see any other result. I'm not sure I ever felt this confident in any of the other teams, so maybe there was a level of doubt in previous years, that has been erased with this squad.

Great thoughts on how life is as a Spurs fan. All of us in Sacramento are jealous.

As for Cousins, there has been some frustration leaking out onto the court, but it's been severely minimized since December. Despite what some jerk blogger argued would happen, a slap on the wrist by Paul Westphal after the choke incident actually seemed to lead Cousins more into line in terms of how to act professionally. Cousins is still learning what shots to take and when, but he has great skills and incredible size. We like him a lot.