The 2010-2011 season for the San Antonio Spurs has been an incredibly consistent one. San Antonio has churned out a league-best 49-10 record while only losing back-to-back games once, and (outside the single-game resting of an exhausted Ginobili) the Spurs have also featured the same starting five all season. The only anomaly this season has been the Spurs 2010 1st round draft pick, James Anderson, who has been battling injuries since the end of his junior year at Oklahoma State University. Anderson's rookie season was interrupted with a stress fracture in his right foot and, after a long recovery that featured two stints with the Austin Toros, the sharp shooting Cowboy has finally made his way back into meaningful minutes in the NBA. With solid performances in back-to-back games and with the Spurs nursing several minor injuries after a rough three game home stretch, it's a safe bet that Anderson will not be making another trip up to Austin. 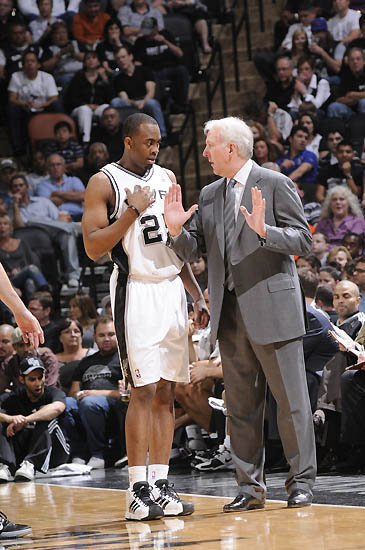 The season for Spurs wing man James Anderson hasn't been as smooth as he had hoped for. After making waves with steady minutes and solid production through the season's first seven games, a stress fracture in Anderson's right foot sidelined the rookie for over three months. After finally clearing medical examinations, the Spurs assigned Anderson to their D-League affiliate Austion Toros on January 26th to rebuild conditioning and reestablish Anderson's presence on the court. After a short two-game stint with the Toros, Anderson was recalled to the Spurs, but saw limited action in his three-game return. The Spurs reassigned Anderson to the Toros on February 7th to continue to his rehabilitation after, according to Coach Gregg Popovich, it was deemed James was "grossly out of shape."

On February 23rd, Anderson was recalled for the second time and, almost immediately, saw unexpected minutes over the weekend after rookie teammate Gary Neal was forced to sit out due to symptoms of a mild concussion. Anderson showed excellent hustle and solid defense in his third Spurs debut against the New Jersey Nets. Even though he was receiving 30-plus minutes in his playing time with the Toros, Anderson looked gassed at times on Friday night. "He did a good job on defense and got up and down the court," Coach Popovich said. "He got tired. He took his shots, which were great. He did a good job."

After registering another tough 16 minutes and a crowd-raising alley oop last night against the Memphis Grizzlies, I spoke with James Anderson about his return to the NBA court.

Pounding the Rock: Being back from the D-league, you have had a couple games playing around 18 minutes – probably a bit more than Pop would like – how do you feel?

Anderson: Felt great to be back out there, getting minutes. My main goal is to just step and play and just do what I can do. He put me in to bring us some energy off the bench and that is what I try to do, come in and try to give our team some positive play and try to do my best.

PtR: Is it going to take awhile to get your legs back? Have you felt a little gassed out there?

PtR: Sitting out for so long due to the injury, was it pretty frustrating not being not out on the court and a part of some of the practices?

Anderson: Yeah, it was real frustrating. Just not being able to play and watching from the sideline. No player likes having injuries but it’s just a part of the game. You just got to deal with it and attack the rehab and come back as fast as you can.

PtR: What kind of work did you do with the coaches to try and keep in step with the team?

Anderson: Just scripting over the plays and watching film with them - getting up shots. Mostly individual stuff that I can do. I was very limited so I had to do what I could to stay in shape and stay up with the team.

PtR: Could you detail the alley oop play from Manu? 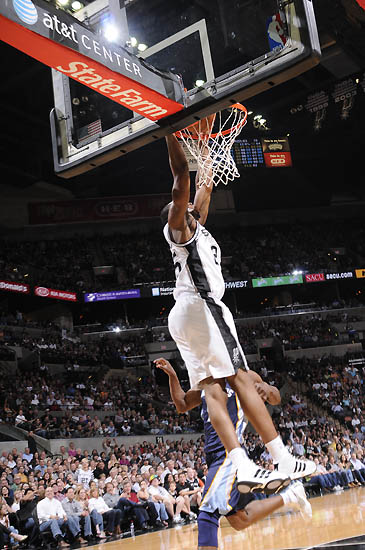