Share All sharing options for: Photos - Not Yet, Nets (updated with 23 new pics) 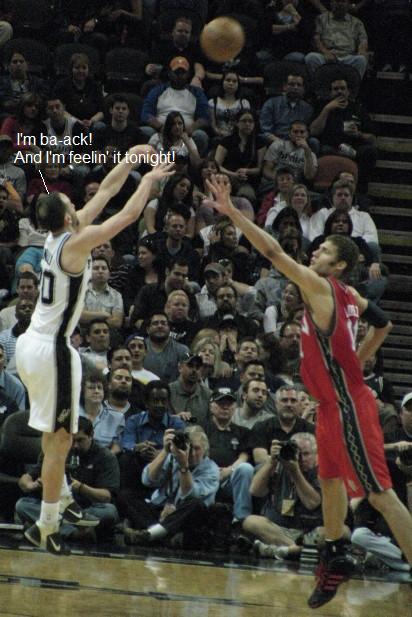 A new super star point guard playing his first game with his new team wasn't enough to overcome the Spurs last night. And yes, Pounders, Manu was back, relishing every twisting, turning drive to the basket - as it's been said about him, he's "Cirque de Soleil on skates" when he's on the court. 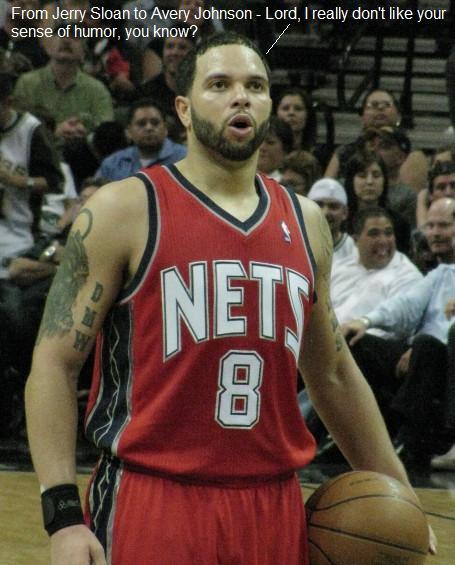 DeJuan was DeBeast again, and that usually results in some monster plays and some big ol' silly fouls, but it's fun to watch. 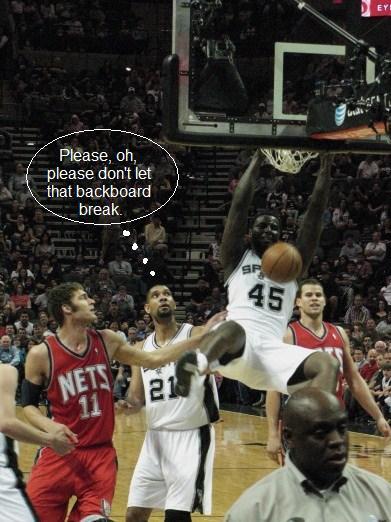 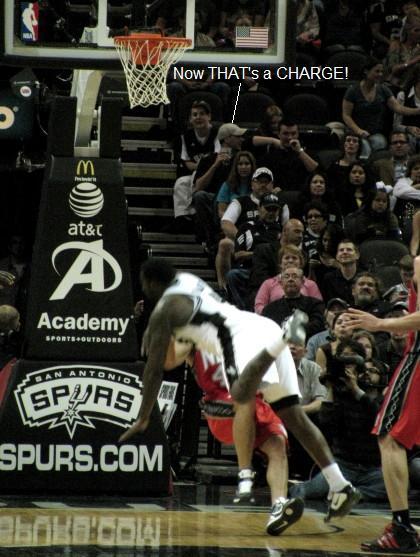 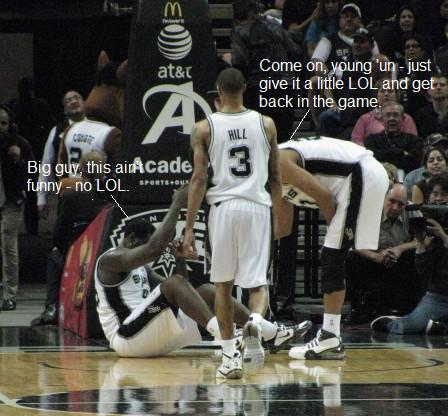 Tony once again demonstrated the fine are of body language, French style : 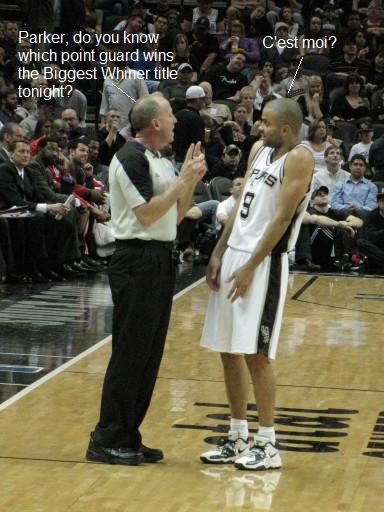 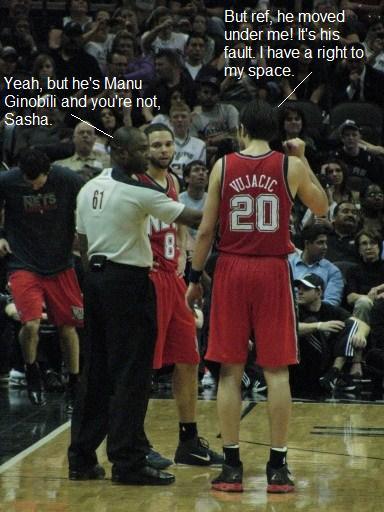 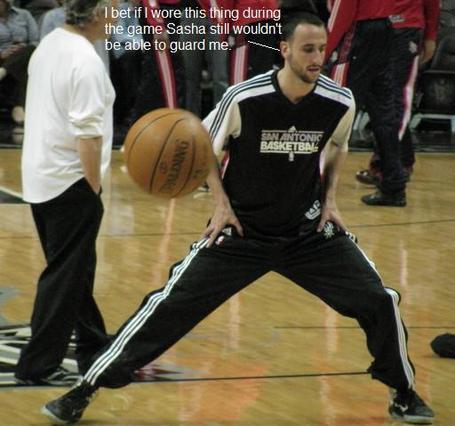 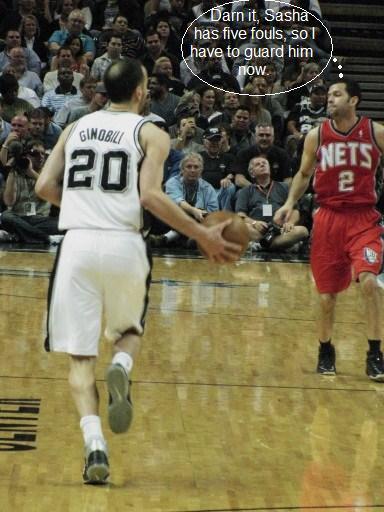 I had lots of photos of Kris Humphries leaping high into the air, but without a lot of purpose: 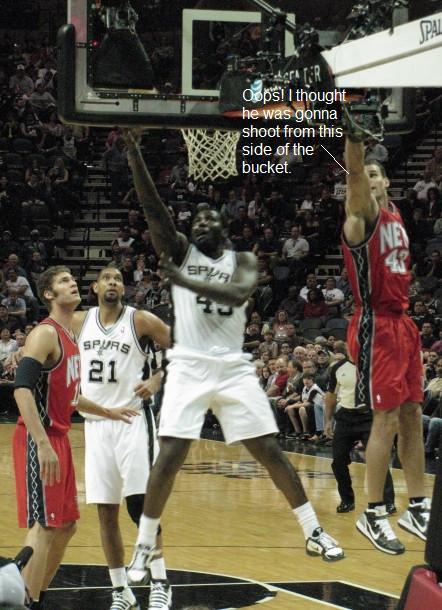 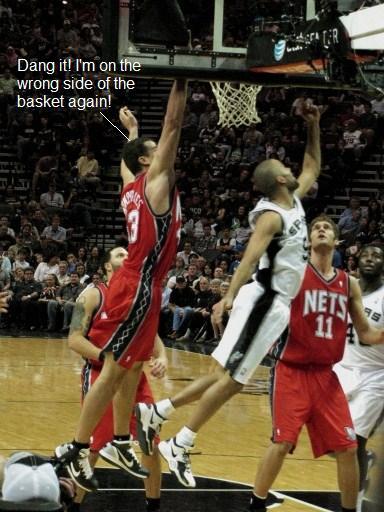 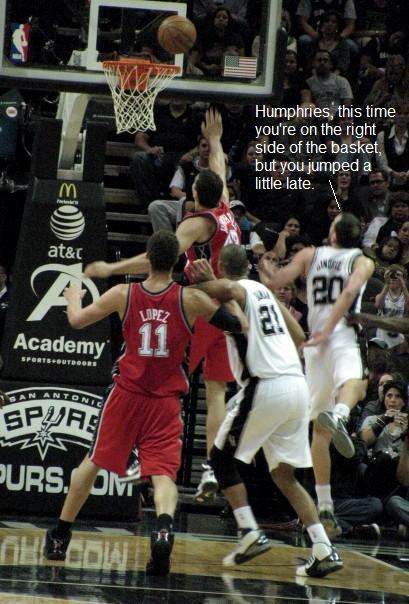 Timmy played like he was a kid again in this game - he also took Brook Lopez to school many times. He actually dribbled the ball to center court in this shot - 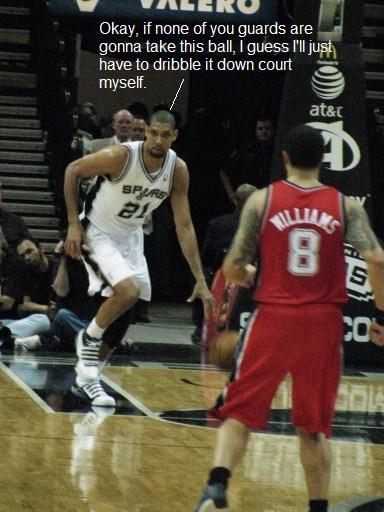 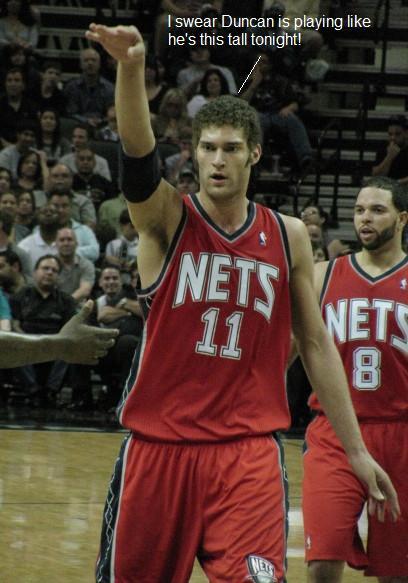 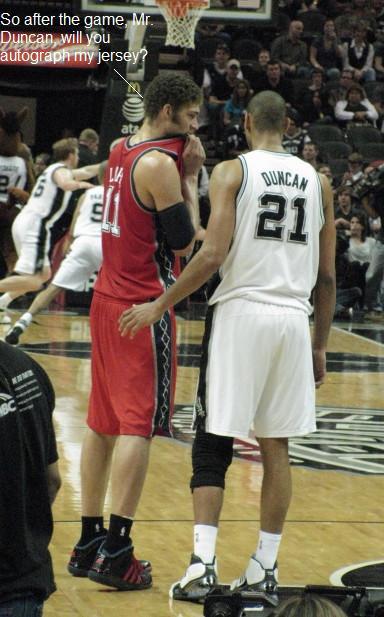 Manu seemed to be enjoying himself and played with more energy, particularly in the second half - 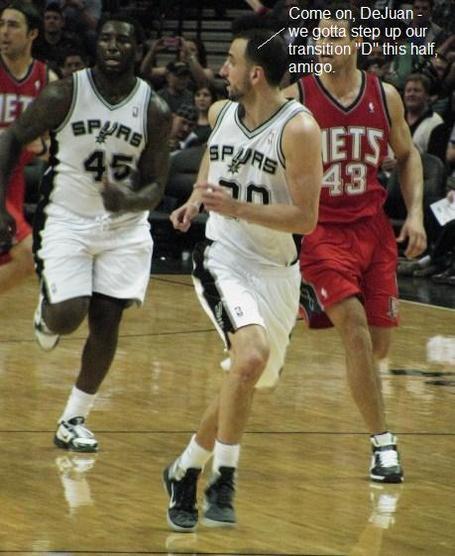 During a late timeout, Manu took Coach Pop's chair while the coaches had their meeting away from the huddle. When Pop returned to the huddle, he took a seat on the bench. 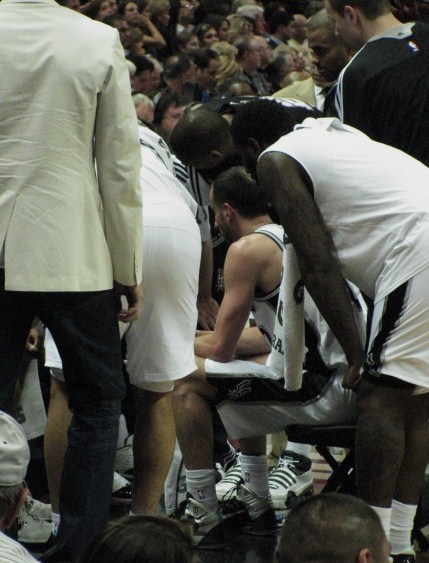 I zoomed in close and set the camera at 200 ISO for this shot, which results in better resolution, but less stop action, but I did it so you could count the beads of sweat on Manu's forehead - really, that's why I did it! You may notice the resolution on most of the other photos is better, too: it helps to clean the lens once in a while! 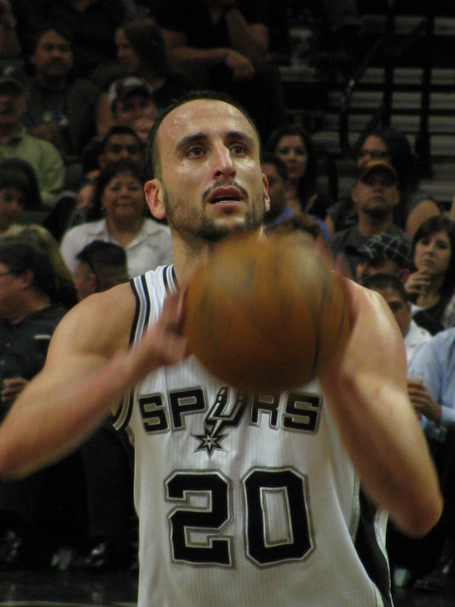 The rest are just for fun, with one "teaser" from Tux and Tennies (which was super fun!)

Coach Pop was the one who was "styling" tonight ("Sparkles wore an off-shite sport coat and jeans.) 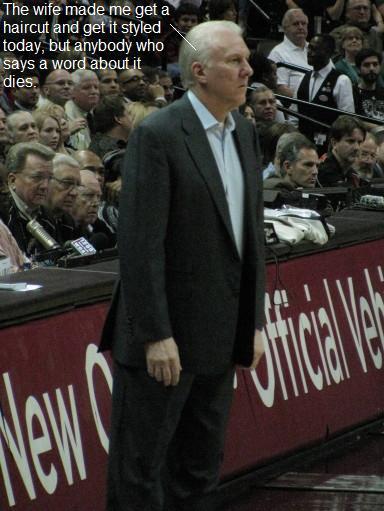 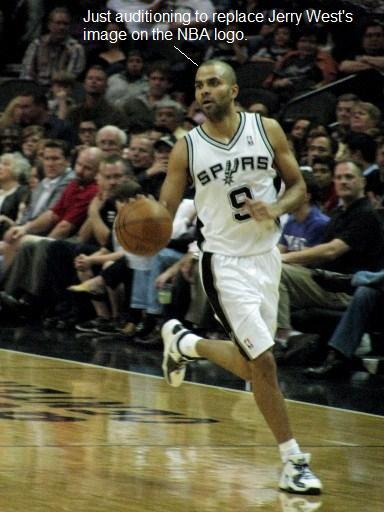 No, Kris Humphries girlfriend was NOT in the house, but I couldn't resist this caption. BTW, Tony showed up to Tux and Tennies without a date. 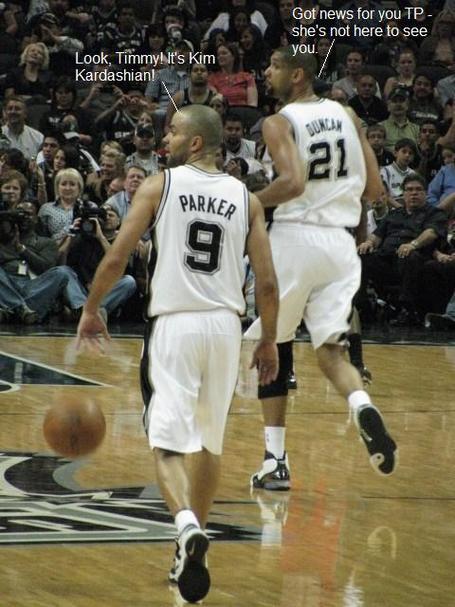 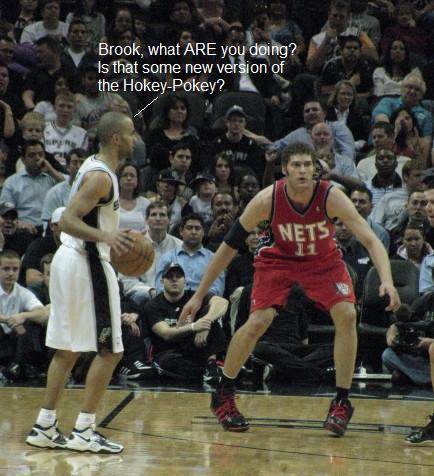 If I'd taken this photo, the fire hose would not be in the background. Maybe someone can photoshop it for me to take it out (?) I'll have more on Tux and Tennies on Monday - photos and stories - when I can load the pics with faster internet service. (Yes, girls, there is one of "Sparkles") 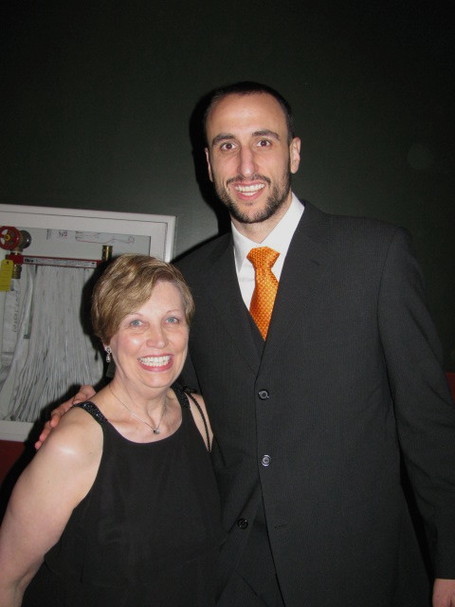