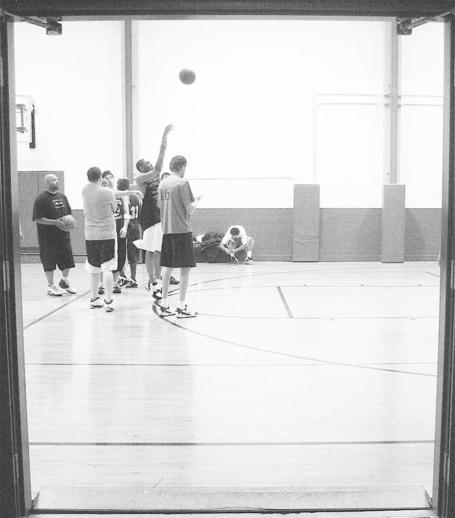 In the comments of JSMOOTH's recent fanpost about the Three Point Contest, Alamo shared a juicy tidbit about Steve Novak (unofficially) hitting 94 of 100 three point shots in a Spurs pre-draft camp. In response, doggydogworld dropped this gem:

I said that, while I love the concept, it doesn't really work that way. Kondor asked me to explain how it does work (does befriending the record-keeper play a part?) and below is my reply.

Here's how it works.

You shoot and start making, you get in a groove and it's like the ball is willing itself into the net. Every motion seems preordained and effortless. The smallest errors in your shot are immediately noticed and corrected on the next repetition - also, those errors aren't causing misses but instead, are only keeping the ball from reaching dead center of the net. Maybe you barely graze the front of the rim. Perhaps it's just a bit to the left. No matter, the next shot is a swish. You can hardly feel the ball as it leaves your hand; in fact, you could swear that your fingers aren't even touching leather at all. Everything is happening in a single fluid motion: from watching the ball as it's rebounded, to catching the pass, to finding your grip, to the shot itself. One continuous, smooth chain of events that's organic yet precise.

So, you start shooting your One Hundred Threes. The first couple dozen are a blur, but you haven't missed yet. Then one make hits the front rim, hard. The next one hits the back rim just as hard. Thinking about distance, you don't release cleanly and you send one off to the right -- it toilet-bowls out. Another over-correction, and now you've missed two in a row. Out of the next four or five makes, only one is clean. And you're into another double digit make streak before you feel comfortable again. Your current run nearing twenty in a row, a random miss is followed by another good run. Now you're in the sixties and you're having to intentionally NOT think about how close you are to 100. A miss early in the 80's (a three-rimmer from a short shot) and two in the 90's (a flubbed release, and a no-doubter that somehow popped out) get you to your sixth miss to go with your 94 makes.

The rest of your teammates are joking around with you about how the late misses were because of fatigue. Even though you know better, you don't correct them. Better for them to think that was the reason, than for you to correct them by admitting that you let the numbers get to you. Mental toughness, and preserving its illusion, is more important. So you let them have their laughs and only comment that you'll hit the gym harder if one of them makes 95. 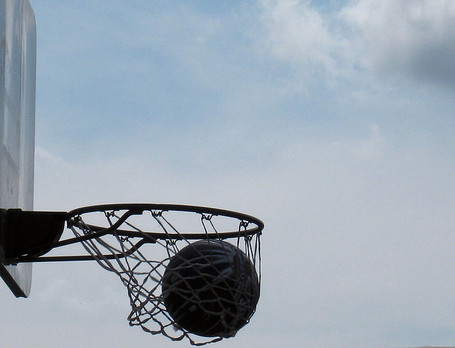