Pounding The Rock: Jacob Riis and The Stonecutter Credo

Share All sharing options for: Pounding The Rock: Jacob Riis and The Stonecutter Credo

"Pounding the Rock" - this phrase is ubiquitous in the Spurs organization, as entrenched in the culture as the team colors. Rarely does a day go by where "we just have to keep pounding the rock" isn't heard coming from the lips of a player or referenced by a journalist. The Stonecutter Credo has become the mantra for an organization that takes the long-term view in a field that thrives on instant gratification. So why should you care? Because the story behind the creed yields a special insight into one of the most successful professional sports franchises of the last quarter century (and the reason behind the name of this blog).

Jacob Riis was a Danish immigrant who knew what is was to be poor. Fortunately, for Riis, he had the ability to write, leading him to employment in the world of journalism. He became a police reporter for the New York Tribune, working in the worst slums of the city. As a result of his experiences, Riis went on to become one of the early reformer journalists. Yet, it was the invention of flash photography that changed his life. The flash allowed Riis, and his friends, to photograph the tenements of New York City and capture life in the slums via images, as opposed to just describing what they saw to their readers. However, due to the nature of publishing in the late 19th century, Riis was forced to take little steps to shed light on the subject: first by giving lectures, then by writing a magazine article, and finally, by writing his life's defining work - How the Other Half Lives, taking the title from François Rabelais: "one half of the world does not know how the other half lives". This was Riis' personal Battle with the Slum. 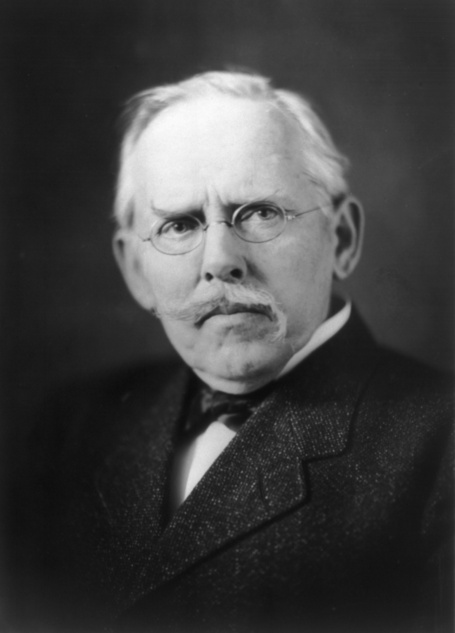 Riis by Pirie MacDonald via the Library of Congress

So what does this have to do with the Spurs? Jacob Riis obviously had a different view of the world than most New Yorkers, much the way the Spurs embrace a unique perspective on basketball. And even though Gregg Popovich would be the first person to say that professional basketball is not of the same importance as livable housing for the poor, he has clearly adopted a non-stereotypical view of the business - call it the Battle against Mediocrity. Just read Pop's answer to J.R. Wilco's inquiry about the quote and its subsequent influence on the organization:

"I thought it embodied anyone's effort in any endeavor, really. It doesn't have to be basketball. It can be a musical instrument, or it can be learning mathematics, or going to law school or figuring out how to turn the water off in your house when you're an idiot. You just keep looking, you keep trying, and you keep going."

His thoughts echo an observation that has struck me repeatedly during the last decade - no matter the score, the Spurs keep trying. Even during the infamous "white flag" games, the team keeps going, even the younger players. This is a remarkable characteristic, especially in the face of the ridiculously high expectations of both the organization and the fan base. And this is not only indicative of only the Big Three performing when the lights and the cameras are capturing every nuance of expression and effort, it also applies to the entire team in every practice, workout, film-room session, and player meeting. Any player who dons the silver and black ascribes to this principle, regardless of his standing on the team. That PATFO has continuously gotten extremely gifted athletes to buy into this motto year after year is a remarkable feat!

With the constant reminders that the basis of professional basketball is business, and nothing more, I realize it might seem strange to laud the efforts of grown men who are paid to play a game. However, no matter the profession, the ability to keep "pounding the rock" day-in and day-out is a worthy goal: one we should all aspire to. As Pop said, "I thought this [quote] was maybe a little more intelligent, a different way to get to the guys and make them think about things."

May it inspire us all to do the same.