Share All sharing options for: Steve, Lies, and Videotape

The package had been left anonymously on RC Buford's desk. His secretary had no information about it and there was no return address and no note. In fact, there were no markings on it of any kind. It was a plain manila envelope with a single VHS tape inside. "Video?" wondered RC as he took the extra long walk to the back room where all of the archival equipment was held. He brushed off the only rusty key on his keychain and whistled "Don't Fear the Reaper" as he jiggled the lock that always seemed to give a final little protest before it opened. 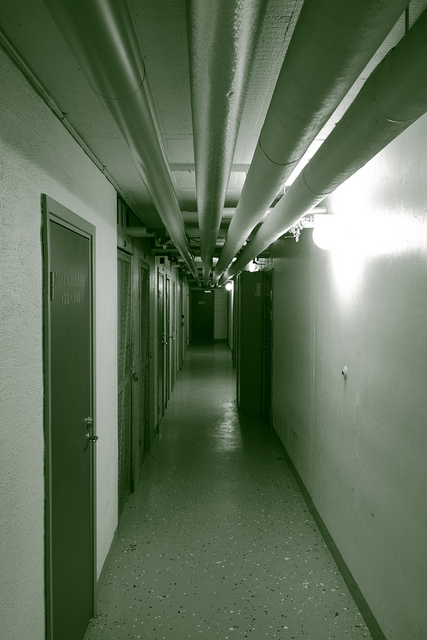 The florescent bulbs buzzed and sputtered before finally offering what little light they had left to give as the GM walked past one shelf of dusty equipment after another. That entanglement of wheels and pulleys was the traction system that Robinson had used on the night of back-to-backs toward the end of his final season, when his lower back was so painful that he wouldn't even leave the facility, but would sleep the whole night strung up like a Christmas turkey. 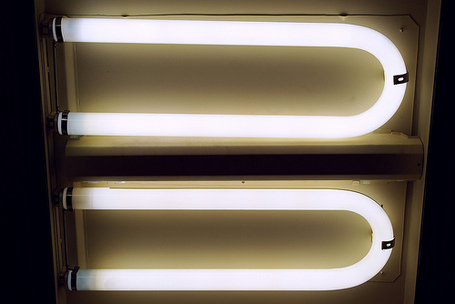 white light (via House Of Sims)

Those small patina-covered contraptions were so encrusted that it would take a team of archaeologists a solid month to work through the layers to find where the rust and dust ended and the tools themselves began. But when he used his imagination, Buford could almost see them as brand new implements, about to be used for the first time. Today he thought of them as shears the trainers used in the post game ritual of removing the tape from George Gervin's ankles -- an innovative wrap, at the time, that tacked an extra season onto the end of Ice's career. But he usually just dismissed them as the leftovers of Vinny del Negro's shaving kit that allowed him to sport that perpetual 3 day growth.

When he finally reached the end of the aisle, he sat down in a surprisingly new-looking folding chair and powered on the 12" Sylvania TV. As the screen bathed his face in chrome key blue, he looked at the unmarked video tape in his hands. "What's it going to be?" he wondered as he slid the cassette into the off-brand player, and sat back to have his question answered.

"Game footage -- recent too -- no sound. End of the game, looks like. Last year's ... oh, so that's what this is about. The game when it was obvious that the season was going seriously wrong. One loss like that could be a fluke, but two in a row -- the same heart-breaking way ..."

RC watched as the ref handed the ball over to #23 and began to count the seconds down. Manu, working off a Blair pick, dived through the lane and looked for a pass. The ball was released late, and with an odd wheel-type motion. The pass sailed over Manu's head, over his outstretched arm, and out of bounds. The already standing crowd exulted as the comeback remained a possibility since 0.9 seconds still showed on the clock. But the video did not continue. It was stalled on this moment. 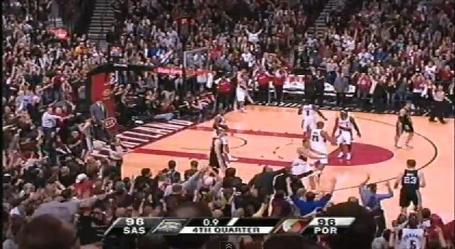 Manu stood with his hands on his hips as the refs and 8 players proceeded to the other end of the court. Only the Argentine and Steve Novak were motionless. The tape player hummed, unwinding and re-spooling smoothly on. It was obviously not paused, but the image was not changing. RC knew that the rest of the tape contained nothing else but this image. This message. This ... command? No, not that. But as near to it as could be.

That play didn't tell the whole story of that game. It couldn't cover everything. Not Tony getting his pocket picked by Miller in the back court with under a minute to go and the Spurs up four. Not Matthews taking the ball from Manu on the very next possession with the lead down to two. And definitely not the busted defense that allowed the alley-oop to Batum that ended both the game and Portland's 8-0 run simultaneously.

And yet there was Manu still, with his hands on his hips -- and his head down. Momentarily. Only with that moment caught in time on the tape, and copied onto each of the 24 frames per second that were being displayed via that old cathode ray tube, it wasn't just a single moment. It was an eternity stretching out before him. One that someone was telling him they'd rather not repeat.

No explanation, rationalization or justification would suffice. It went beyond all of that, and was left behind in its turn. It was both bigger and smaller than the sum of these parts, than the team's age and wisdom, youth and folly. It was systemic and repeatable. It was subjective and indefinable. It was the players, the staff and the coaching. It was something in the water. It was a grime that wouldn't wash off. It continued through the last ten games of the regular season capped by Manu's injury. It finished the year for good six games later.

Bufurd pulled his phone out of his pocket and typed a text to Pop. "Waiving Novak this afternoon." Then he stood and walked away from the television set without turning it off.