Do the Spurs need another big man?

Share All sharing options for: Do the Spurs need another big man?

So after Edg5 reviewed all the free agents the Spurs might realistically get, and after SBD took a look at each of the Spurs, I have just one question: What do the Spurs need? I mean, we all know that we WANT the best players at the low, low cost of free ... or the league minimum (whew, that was close, I don't want to start another labor dispute) but what do the Silver and Black really need to improve on last season's performance? 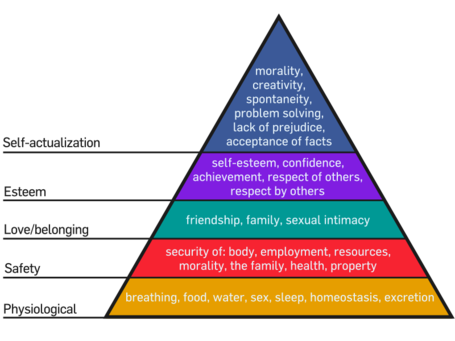 Maslow's hierarchy of ... Spurs
via upload.wikimedia.org

To my knowledge the consensus is another big man. A 4/5 guy who can help rebound and control the paint. I think most Spurs fans are assuming that Antonio McDyess will call it quits and that leaves our boys fairly thin on the front line. With that said, I'm not totally sold that a big man is the route the Spurs need to go on the off-season, free-agent highway.

So let me explain my thought process here. The Spurs get whipped by a big physical Memphis team that took it to San Antonio and looked like world beaters. Clearly, we need a big to combat their size, as well as that of the Lakers and ... uh ... other big teams like -- Orlando, and ... um, Milwaukee?

Wait a minute. Are there really that many teams that match well really well against the Spurs in the front court? The Lakers got steam-rolled by the Mavericks. The Grizzlies put up a fight, but were downed by the Thunder, and Orlando got whipped by a team without a single 7-footer. None of the teams in last year's Conference Finals had what I would call an imposing front court. 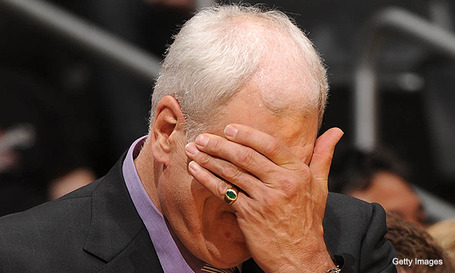 Is another big man really going to help put the Spurs over the top? Don't get me wrong, if Tyson Chandler, Nene or Marc Gasol want to come to Texas and play for the Spurs on the cheap, I won't be complaining. That said, outside of one of the top-flight Center's coming here, are the Spurs chances going to be greatly improved by adding a defensive minded big? I say no.

Look at the Mavericks, the Heat, the Thunder and the Bulls. The top 4 teams from last year's playoffs and none of them are really BIG teams. The Lakers, Grizz, Celtics (sorta) all have two traditional bigs, but none of them made it out of the second round and Memphis was the only team that looked decent in the second round. The Mavs had Chandler, a nice player to be sure, but who did they have after him? Dirk? A phenomenal player, but not a legit big man presence. The Heat had Anthony, who is hardly a scary man to face.

Perhaps the Spurs should try to build a defense that is similar to the style that the Heat employed. Outside in. The clear disadvantage the Spurs would have is they don't have LeBron James. The big advantage is that both Tim Duncan and Tiago Splitter are better defenders than anything the Heat currently have in their interior. I think that Spurs rookie Kawhi Leonard may be San Antonio's LeBron on the defensive side. If Leonard, Butler and Green could use their athleticism on defense in a similar suffocating fashion that Miami used, I think the Spurs could be in great shape. 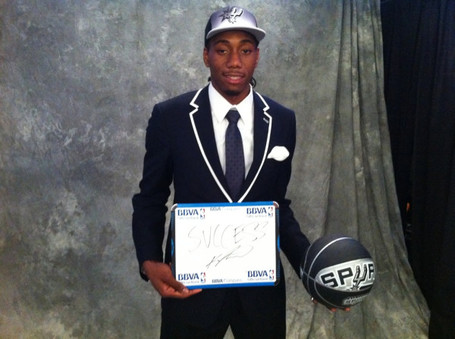 LeBron without the receding hairline
via www.mancavesports.org

Maybe I'm way off base here, but I see the league getting quicker and leaner, not bigger and stodgier. With the Lakers, Celtics, Spurs and Magic all getting handled easily last year, seems to me that the right move may be avoiding a reach for another traditional big man. I'm not sure who the Spurs can bring in that might help them beat the likes of Dallas, Miami or OKC, but I'm definitely not sold on the concept that adding a defensive big man will be the kind of cure-all that some think it will.