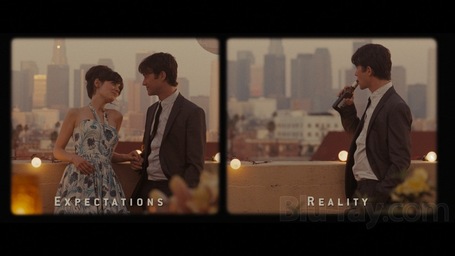 Am I talking to myself again?

The lockout is over. The NBA is back. And with it comes a barrage of trade suggestions and proposed FA signings from us fans. Some of them are just pipe dreams (Marc Gasol sure would look great in the Silver and Black) and some are more realistic, if significantly less exciting (Kurt Thomas? Really? That’s it?). This post is going to try to focus on the latter, not because I’m a big killjoy that doesn’t want people to have fun with the Trade Machine and dream of a twin towers front court of Duncan and Chandler; but because I think it’s imperative we keep our expectations to an adequate level, so that we don’t become disappointed when our dream FA signs somewhere else.

(To come up with what players would make unrealistic targets I primarily took into account how much money it would take to get them, but also other aspects such as having expressed an interest in either staying put (Battier) or leaving for a team that’s not the Spurs (Kirilenko) and a willingness to come off the bench (Prince), among others. If you have a question as to why I consider an individual player an unrealistic target, feel free to ask about it in the comments.)

After that introduction, let’s get to the fun part of discussing basketball and basketball players. What I’ll do is come up with the positions or specific areas of the game where I believe the Spurs need the most help and try to find players that I consider to be examples of realistic targets to fill those voids. For the sake of this exercise, I’m assuming the Spurs don’t amnesty Richard Jefferson and only have the mini mid-level exception (3 million a year for 3 years) and veteran’s minimum contracts to offer. I’m not including potential amnesty candidates from other teams simply because it’s impossible to predict how teams will use the clause and when.

I’ll provide three examples of players who could likely be had, with the first player being probably the best the Spurs could get for the whole mini mid-level, the second player being a guy that could be signed using either a part of the mini mid-level or the veteran’s minimum and the third player being a guy that comes with some question marks, but could be a better fit or have more potential than the other two. Remember that this post is not necessarily about who I think the Spurs should go after. It’s about trying to figure out who they can realistically get. Okay, let’s begin.

In my opinion, and I think a lot of you would agree, where the most help is needed is on the front court. The Spurs have a still-effective-but-not-dominant Tim Duncan, a solid-but-unspectacular defensive-minded guy in Splitter, and two one dimensional players with some serious flaws to their games in Bonner and Blair. No one knows what Dice will do, so I’ll leave him out, for now. While getting a secondary post threat would be great (hello Carl Landry), I think the focus should be on defense. Here are some FAs that I think could help boost the frontcourt: 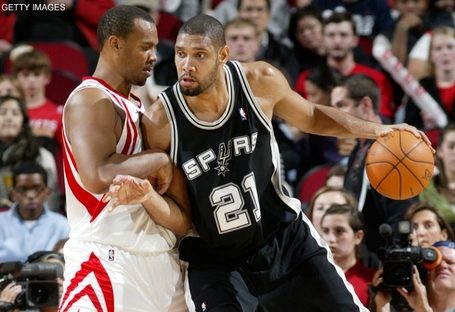 1) Chuck Hayes . Hayes, for those of you who may not know him, is only 6-7. He’s also one of the best low post defenders available in this FA class. His low center of gravity prevents him from being bullied down low and his quick hands are a nightmare for guys that try to face up on him. As for rim-protection, no amount of fundamentals can make up for the fact that he is short, but he is pretty good at drawing offensive fouls. On offense he can only convert around the basket and has a little trouble finishing in traffic. Hayes would prove really valuable by defending the opposing team’s best post threat, allowing Timmy to get some rest and focus on help defense. His passing could also prove to be an asset.

2) Jeff Foster . Foster could give the Spurs what he’s given every team he’s been on: rebounding on both sides of the floor, hustle and solid defense. Like Hayes, he is not a threat offensively, but moves well without the ball and sets good screens. He also seems like a good locker room guy and he could potentially be a mentor of sorts to both Blair and Tiago, like he was to Roy Hibbert in Indiana.

3) Joel Przybilla . Przybilla would probably be first on this list if it wasn’t for the fact that he was injured last season and it’s impossible to know if he’s healed and is game ready. He is a good low post defender who is not afraid of getting his hands dirty and is a solid shot blocker (1.5 blks per game and 2.6 per 36 minutes). His offense is not particularly good (noticing a trend here? Two-way centers are hard to find), but he knows his limitations.

After better post defense, the team’s greatest need would be a perimeter defender. Considering George Hill is gone and Anderson and Leonard are unknown commodities at this point, having someone who has proven he can play D at the NBA level would be nice. Here’s a list of three potentially affordable players who could contribute in the defensive end. 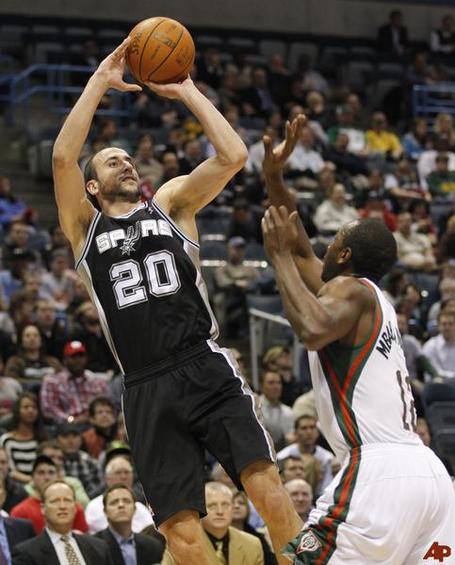 Not Luc's favorite moment, I'm sure.

1) Luc Richard Mbah a Moute . Mbah a Moute would provide much needed versatility to the Spurs’ defense. He can guard shooting guards, small forwards and face-up power forwards equally well. Milwaukee could potentially match a Spurs offer to try to keep him, but they have a bit of a logjam at SF right now, with Jackson, Delfino and Tobias Harris on board. They are a bit thinner at the PF position if Ilyasova leaves, but they still have Gooden, and 2010 lottery pick Larry Sanders. The problem with Mbah a Moute is his lack of range offensively, but the Spurs could offset that by playing him next to Bonner.

2) Anthony Parker . Parker is a decent, if aging, three-and-D guy whose shooting touch and defensive savvy could help, especially if the young guys are struggling early on in the season. He should only be considered if he’s willing to sign for the minimum, though.

3) Julian Wright . And now for the wildcard: Wright has the physical tools to be a good defender and his athleticism alone should make him a viable offensive weapon, especially if the Spurs are planning to run more this season. Having said that, he’s had plenty of chances to prove his worth and hasn’t carved out a place for himself in his 4 years in the league. A reclamation project that might not be worthy considering the Spurs have Anderson and Leonard waiting for a chance, but and intriguing player nonetheless.

The safety net: point guard depth, a steady back up PG.

Now, unlike many of you, I don’t think the Spurs should make getting a backup PG a priority, but I’m not against having a cheap, steady veteran at the bottom of the bench, considering that the Neal-as-back-up-PG experiment could go wrong in a hurry and Cory Joseph is unproven. Some bargain-bin candidates. 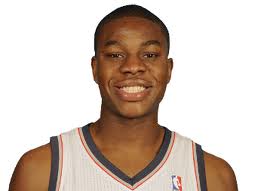 This is how Ben Uzoh looks like, in case you were wondering.

1) Earl Watson . Watson tries hard and can score a bit and distribute the ball adequately, but is nothing special. Could be a good option for the minimum or a small part of the MLE.

2) Marcus Banks . Banks has a reputation of not always trying hard, so that is a red flag right there, but as a third string PG he would not be asked to do much.

3) Ben Uzoh . If draftexpress.com is to be trusted, Uzoh is a San Antonian, so he has that going for him. He also has the physical tools to be an interesting long term prospect, but that’s not what the Spurs should be looking for right now.