Richard Jefferson: Amnesty or Not?

Share All sharing options for: Richard Jefferson: Amnesty or Not?

This might be premature -- ok, it's almost definitely premature. We don't even have the final terms of a deal between the league and the players, the CBA hasn't been signed yet and amnesty is looking like it'll be available for a couple of years (follow that link for a great story on the proposed amnesty rule by Zach Lowe.) There are those who argue that the Spurs should get whatever use out of RJ they can since they'll be paying him either way, and it would be better to keep the Amnesty Card their back pocket for possible use down the line. 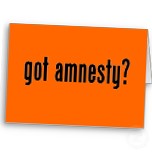 Yet, I just can't help myself. RJ made great strides last year, transforming himself into RJ2.0 with an impossibly high three point field goal percentage, an efficient offensive game, and working on the defensive end in a way that reminded almost no one of a stumbling, bumbling oaf who couldn't even tie his own shoes.

Then came the poor play at the end of the regular season. And the Memphis series. And the no production. And the benching.

As much as we'd like to forget that last year's playoffs ever happened, it's difficult to forget the image of a clueless RJ guarding no one while Memphis roared out to huge leads, or the box score from the elimination game when he posted one rebound and one block in 10 first half minutes, was pulled with 3 minutes left in the 2nd, and sat the rest of the game.

When your future hall of fame coach decides that the team has a better chance of surviving to play a seventh game if the starting small forward doesn't play, it's bad enough. But when the team scratches back from a 14 point deficit to lead in the forth quarter as he rides the pine -- well, it's enough for fans to call for his head on a silver platter. 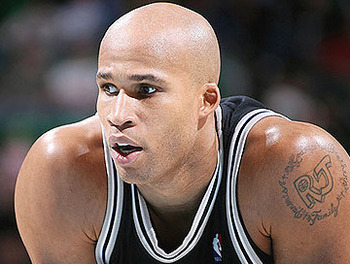 At least we knew that the team had no choice last year. PATFO had rolled the dice on Tiny Ears and we were stuck with him since no one would trade for him because of his contract. But now after The Lockout To End All Lockouts has taken a hopefully permanent hiatus, the option of saying farewell to the Jefferson era has opened up a number of possibilities. But is releasing the Runaway Groom through the amnesty rule the best choice? And will the front office drop him even if it was?

I feel certain that someone out there has the answers.