Rabble Roundup #1 or: How I Learned to Stop Worrying and Love the Lockout

Share All sharing options for: Rabble Roundup #1 or: How I Learned to Stop Worrying and Love the Lockout 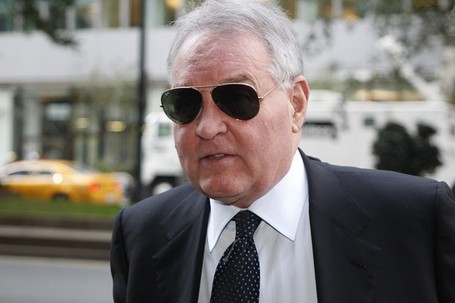 Peter Holt, seen arriving at the hotel where NBA labor negotiations were being held.

Not pictured, me looking as fly as him.

Nobel Prize in economics awarded to Americans Thomas Sargent and Christopher A. Sims

Samuel Joseph "Joe the Plumber" Wurzelbacher set to run for Congress in Ohio.