The Rodeo is Coming

Share All sharing options for: The Rodeo is Coming

Got your attention? Good. Jump with me.

*Placebos work. If you believe, anything is possible.

This music is proof that nothing bad can happen when Rednecks turn to metal:

Everything in the above list is widely regarded as "performance enhancing". You'd think the NBA would have classified rodeo-inflicted road trips as PED's by this point, right? But what if the Rodeo Road Trip does not actually improve performance? Would this cause some sort of Spurs identity crisis? For the team, not likely. For us? ehh...

Let me explain my (very, very basic) methodology. I looked at the Spurs records BEFORE the RRT (BRRT) and I used that winning percentage to estimate their record at the end of the year (multiply win% by 82). Then, I looked at their end-of-season record and figured out the differential from projected/actual record. Just for good measure, I included the team's record on the trip in this post, but not in the calculation. I also used Basketball-Reference.com's efficiency metrics, and calculated BRRT and PRRT (Post-Rodeo Road Trip). If you like stats, and you like basketball, basketball-reference.com should probably be your second most visited site, right after PtR.

I think the only glaring deficiency with my methodology is not accounting for strength of schedule - unfortunately, a database that would allow me to average SoS by date is not available. Also, I didn't include our first championship season because of the lockout. I'm letting Phil have his asterisk, and we'll just keep the banner.

As you can see, in 2002-2003 the team's play improved dramatically after the trip. While the BRRT record of 28-15 is good, it is certainly nothing incredibly impressive; especially when you consider that PRRT, we went 24-6. That's a pretty strong kick to end the season and carry the team into the playoffs.

This year, the record before the trip was pretty stout. I mean, it's not 40-7 or anything, but still impressive. I'll put it this way: inject that record into the standings this year, and that team has the second best record in the league...behind only us. That being said, the record post- trip...not so great. 18-11 is not very impressive. The team clearly backslid into the playoffs in 2004-2005, and look at how much our efficiency margin got worse.

The last of our championship years. And if you compare that record to the team's records this year, it would be good for fourth best in the league. We didn't do so hot on the actual trip, but after we got back, we improved both our winning percentage and our efficiency margin. Not too shabby.

Do the numbers show that the Spurs play better after the infamous Rodeo Road Trip? Actually...kind of. I can't conclusively say "The Rodeo Road Trip drastically improves team performance, guaranteed, every year." However, the data does tend to trend in that direction. Our offense improved in two out of the three years. Our defense, though, only improved once out of the three years. I found that statistic surprising. While I honestly never believed in the mystical powers of the Road Trip prior to this, if I expected any improvement at all, it would have certainly been on the defensive end. Considering the make-up and defensive orientation of those teams, I'm actually a bit disappointed in the ghosts of Spurs-champions-past. We all expect our defense to get better as the season goes on, as rotations are learned, and as the team learns to trust each other. But that just doesn't automatically happen.

What Can We Take From This?

Honestly, this year's team is pretty different from the three teams listed above. For one, this is by far the best offensive team of the Duncan era. If our offense improves anymore, which is the established trend, it's possible Stern's head will explode. Defensively, though, we know the Spurs have room to improve (although we are currently ranked 7th defensively). Only one of the previous championship teams improved defensively towards the end of the season though - so should we really expect this team to do so? I'm not sure. Many will claim that there is a major personnel issue that needs to be addressed, that we need another shot blocking seven footer in order to win a championship, or a "perimeter stopper" perhaps. Personally, I am of the opinion that the team we have now is the best team we could possibly have given the circumstances. 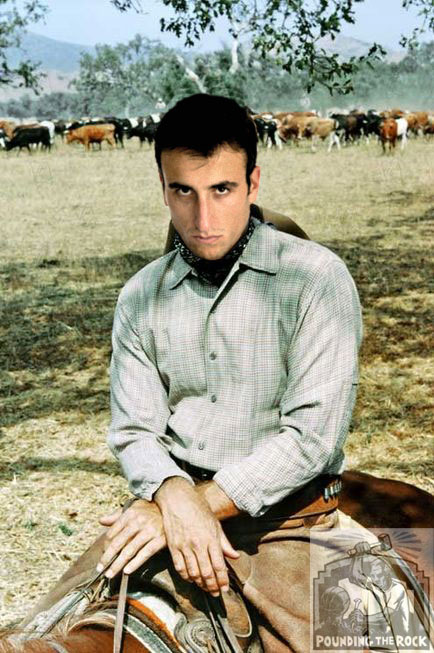 I was watching the Lakers/Celtics game today, and Mark Jackson said something that got me thinking. "Great offense beats good defense". We all know this to be true, because we've all seen Kobe Bryant/Ray Allen/Paul Pierce/Manu Ginobili take someone playing good, perhaps borderline perfect, defense and score right in their face. While defense tends to be more about intelligence, hustle, effort, and teamwork, offense tends to rely at least partially on luck - nobody can score every time they shoot. Is it possible that the goal of Pop and company this year is to play great offense 24/7, and mix it with good, and occasionally better than good, defense?

I suggest this not as a Phoenix Suns covert agent, but as someone looking at the personnel and the style of play on both the offensive and defensive end. For starters, the Suns teams that relied on great offense were teams loaded with defensively inept boneheads. They relied almost exclusively on being fast paced and outrunning their opponents every night. They lacked half court offensive efficiency, relying exclusively on pick and rolls to generate offense - either as their primary threats or to get the defense rotating off of secondary three point threats.

If you listen to media-talking head types, our offense is the same as the aforementioned Suns teams. And yes, we do run a lot of pick-and rolls, which are the staple of every NBA offense excepting Jerry Sloan's. However, since the beginning of the season, we've begun slowing it down. We're currently ranked 13th in pace, and only slightly above league average. While our offensive rating has dipped slightly, it certainly has not been dramatic and can probably be at least partially attributed to some nagging injuries to our bench (Matt Bonner, George Hill, James Anderson). For the most part, even at a significantly slower pace than earlier in the season, we are still getting quality looks and executing at a high level. Some would even say a great level. Our defense has also been slightly improving.

Is it possible that the result of this road trip will be an even better offense, mixed with only a slightly better defense? I would say that is likely. As Bonner and Anderson return from their respective injuries, I expect our offense to improve even more. As much as we are all clamoring for improvement defensively, and a return to lock-down-TV rating-killing San Antonio Basketball...I do not think that is likely. In fact, I would pretty much say it is impossible. Our expectations for the rest of this season, in the context of both the team's personnel this season and trends from previous championship seasons, should remain low defensively.