The Spurs started with 10 straight points, and it looked like we could coast into another win, but then the lid went on the basket and the Spurs missed 15 jump shots in a row, and were down by eleven at halftime. 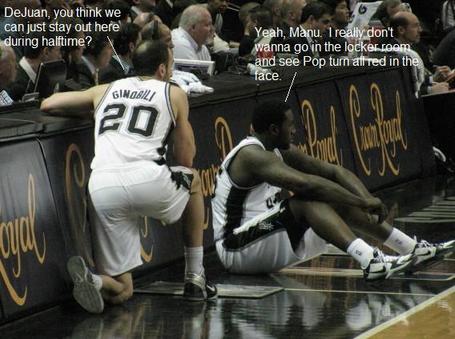 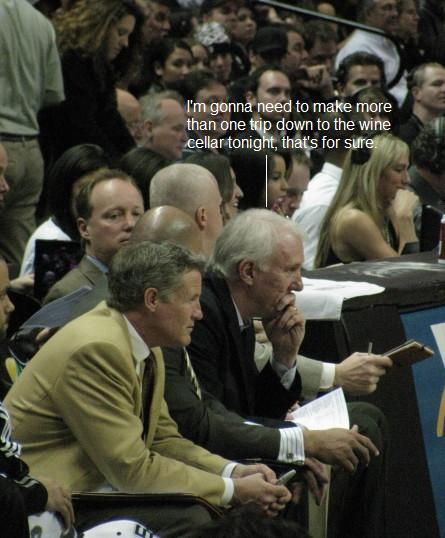 There weren't a lot of "wow" moments tonight, but it's always nice to watch McDyess slam one home. He had two dunks in the second half, but this attempt in the first half missed - yeah, it was that kind of first half. In post game comments, George Hill said Pop had put a lid on the basket so they would work on their rebounding. 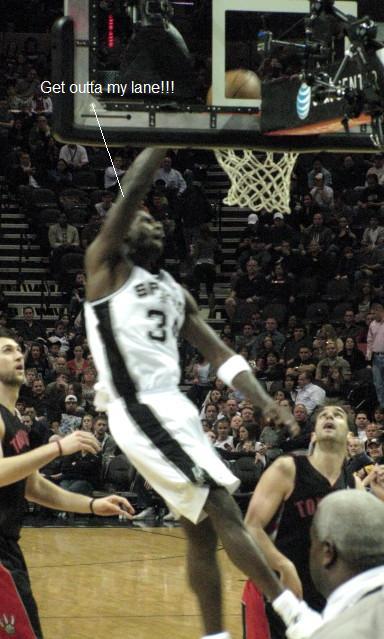 The officials were noticed tonight, and that usually means there are bad calls, particularly when it came to calling blocks and charges. 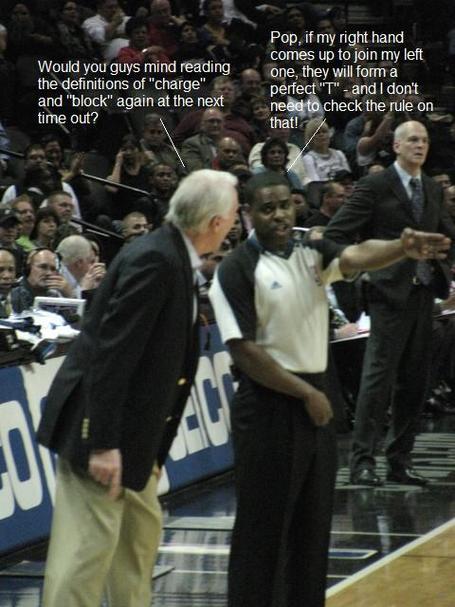 Even McDyess, who almost never complains, had a word or two for the refs. From the look on his face in this photo, I don't think I'd want to see him when he was really angry. 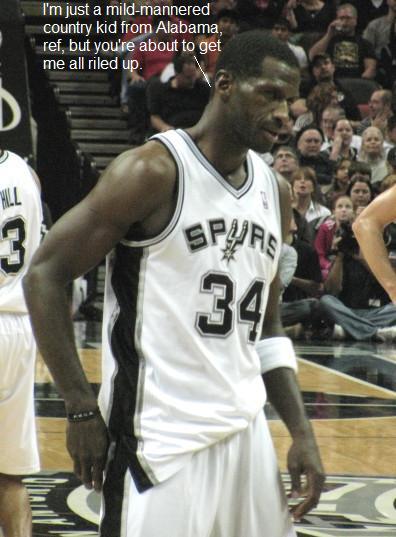 Manu led the Spurs in scoring, in spite of being just 4 of 13 from the floor, and making only one three, this one. 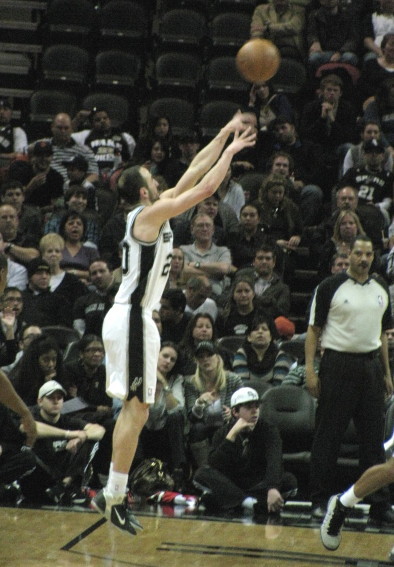 Manu drove the lane a lot tonight, and got rewarded with free throws most of the time. On this shot, however, he is blocked by Bargnani. 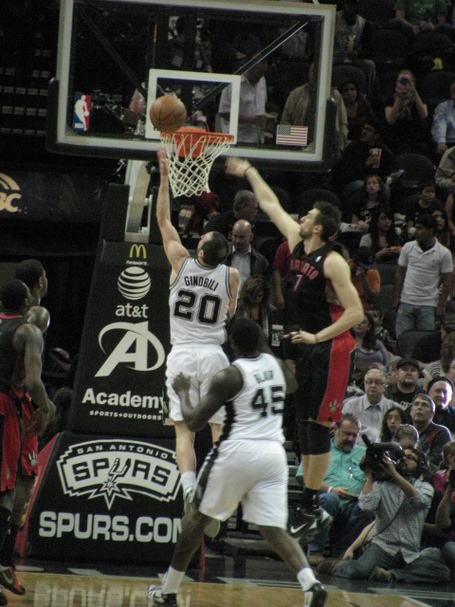 So where did all Manu's points come from? He was 14 of 14 from the free throw line and in the last five games he is 34 of 34. Yes, I know there's not much exciting about a guy poised to shoot at the free throw line, but the guy has insane quads! 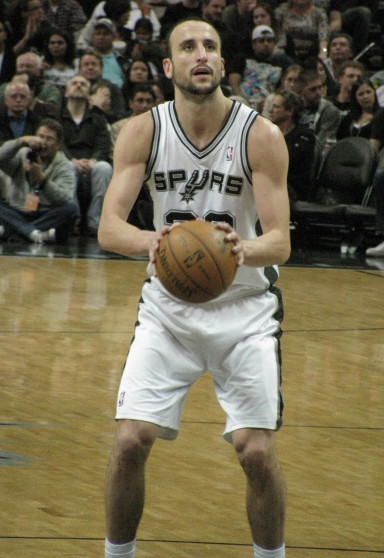 Timmy didn't shoot a lot tonight, but pulled down 12 rebounds. He connected on this one, and look at McDyess positioning himself to get the rebound in case it misses. 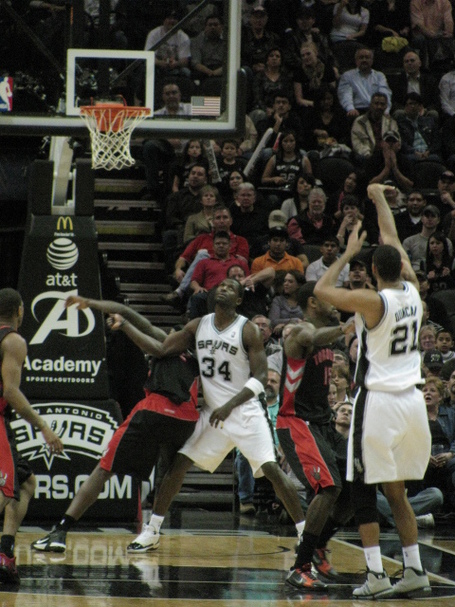 A key play late in the game was a jump ball under the Raptors basket with 1:49 to go in the game and the Spurs up by nine. Timmy controlled the tip to George. The ref seemed to take forever to toss up the ball for the jump, almost like he was a little intimidated. 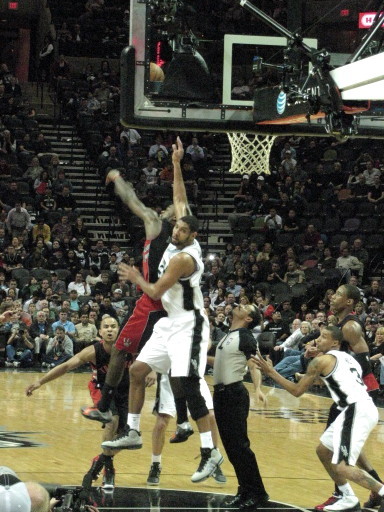 Tiago entered the game in the final seconds and blocked Jerryd Bayless's shot with :25 on the clock. Manu grabbed the ball and it was game over. 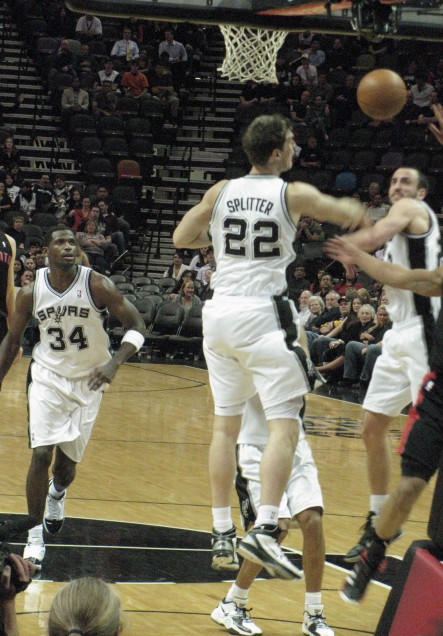 I'm not happy with the photos tonight - missed too many key plays, but there is an explanation, actually a whole row of them in front of me. Goodnight, Pounders! 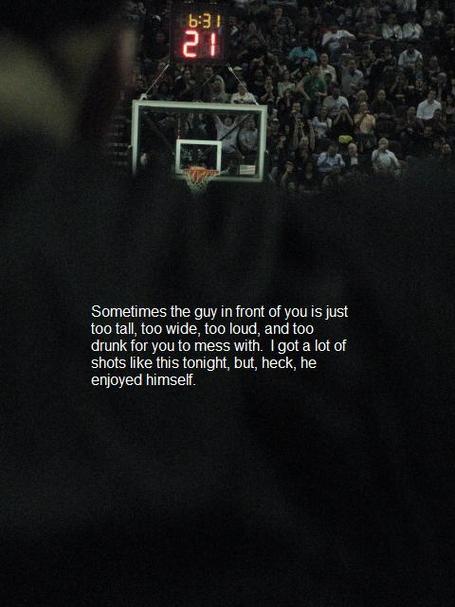