As noted in my first post as a media representative, I am fortunate to be working with a friendly and dedicated staff at both Pounding the Rock and the San Antonio Spurs organization. My transition into the sports press has been incredibly smooth but, as with anything new, little bumps and bruises are natural and expected.
Friday night's game against the rival Dallas Maverick's provided a few wonderful little experiences.
Hunting Coach Pop
The routine pre-game interviews with Coach Popovich generally take place 75 minutes prior to tip-off. Reporters make their way through the indistinguishable hallways, using either motor-learning or the familiar placement of hall security as a guide. For a newbie, this place is a gray-ish maze out of a bland Lewis Carroll dream. A wild hunt for the white-haired coach. I half expect to come across a lone nightstand with bottle, key, and note that reads "Drink me." 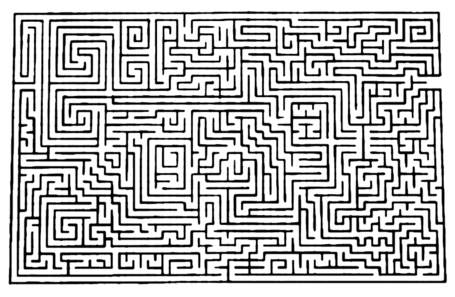 Welcome to the AT&T Center event level. Coach Pop pre-game is on the 33rd left.
Sometimes you find yourself a little early to the party - an innocent action that results in leaning against the wall and awkward silence with the gracious host who let you in. In this case, a friendly member of security personnel somewhat unaware himself on how, when, or where the interview will take place. On a previous occasion, I had been mistakingly directed into the locker room. Fortunately, my Spidey-sense directed me out of the room before higher personnel would think of directing me out of the building.
So there I am, waiting at the corner of the hallway, watching other reporters stopping by, checking on the status of the interview. A "few more minutes" status pops up from around the corner so I decide to make my way back to the media room to drop off a few items
Turn. Step. Boom. I'm face to scalp with Jeff Van Gundy.
I literally came inches from almost bowling over the former coach and current ESPN game analyst. Van Gundy, without hesitation, zips around me and heads off towards the locker room. Now I love the man, but if he is 5'9" than my drivers license needs an update. I'm 5'11" and I was looking down at coach Van Gundy. A few seconds after the near-collision, Danny Ferry passes by which sparked some muffled laughter from me.
After a handful of reporters start to stick around a voice shouts out "Alright, lets go." We're led further down another gray hallway to a spot where we would wait yet again. Reporters leaning on one side of the wall, more on the other. All of us checking their recorders, silencing their phones, and waiting in silence for Coach Pop to come around the corner.
"You got any questions?"
"None. Do you."
"Nope, out of the loop. Missed the last road trip."
Several faces turn towards me. I managed (no voice) to croak out, "Hey, don't look at me. I'm not even allowed to talk."
The nearby door swings open, Coach Pop steps through and around the corner. Low-key pleasantries are exchanged and the traditional five-seconds of eerie silence begins. Sure enough, someone finds a question to start the event and things begin to roll. I'm standing the closest to Pop, trying to keep my digital recorder in that perfect spot, just outside of hand gestures but close enough to catch his sarcastic muttering. Roughly halfway into the interview and in the middle of Popovich response, the basketball Gods decide to toy with my soul - my cell phone begins to ring.
My phone was set on a lower volume, not "silent" as previously thought, and was still loud enough to perk several ears. The following five seconds consisted of the most frenzied life-correcting actions ever carried out. After sending the call to voice mail, I glanced back up expecting a 12 ft Coach Pop with fire for hair. The interview had kept rolling as if nothing had happened.
Oh, thank God. Thank you. Thank you. Thank you.
The phone rings again, disbelief and self-induced chaos resumes. I silence the call again and the interview continues un-phased. At this point, I begin to wonder if this is a free-pass for the rookie.
A third time - the phone rings for a third time and I begin cursing the persistent caller, regardless of their relation to me. I keep my thumb on the necessary button for the remainder of the interview which turns out to be a good call - the phone goes off one more time before the universe decided to stop torturing me.
Aside from a series of issues involving the Center's wireless internet connection, the rest of the night went pretty smooth. The Spurs blew out the short-handed Mavericks, as expected, and Richard Oliver even poked fun at me!

Hand of stone: I just dropped a cannon launched t-shirt.

@RichardCOliver
Hey, well, at least Wayne Vore can relate to my blunder.

Dude, I did that at the Cavs game. Those t-shirts are wrapped tight and bounce like super balls. Hard to catch. #SPDiary

@SpursPlanet
It was probably best that I didn't give any more effort into the catch. If I leaned back any further, I would have flipped out of my bear trap of a chair and, more than likely, smacked the Project Spurs representative. At least it would have been the perfect night cap for a bumbling rookie.
Having a blast - catch you Sunday night!