Get to Know Your New Spurs #5: James Anderson

Share All sharing options for: Get to Know Your New Spurs #5: James Anderson

It's generally understood that The Number Five is the official favorite of PtR. So what do you get when you multiply 5 x 5? 25. Welcome to GTKYNS #5 - The James Anderson Edition.

Ask any longtime Oklahoma State fan who their favorite player is and there's only one answer - Barry Sanders. Seriously. That is the only answer. However, if you ask the same person who his/her favorite OSU basketball player is, you'll get a variety of answers. Some might go really old-school and claim Bob Kurland. Others might pick a player from one of the more recent Final Four teams, such as "Big Country" Bryant Reeves or wingman Tony Allen. Personally, I've always had a soft spot for the sharp shooter Randy Rutherford. The point being, for a program with two National Championships, six Final Fours, and numerous March Madness appearances, there are quite a few good players to choose from, despite the desert years from 1970 to 1990. Sidebar: Those were tough years to be an OSU roundball fan. Think Clippers. Yes, it was that bad. Thank goodness for Barry Sanders, although that 1988 Bedlam game still rankles the soul.

However, over the last three years, a new player has entered my own Top Five, and probably many others' too: Mr. James Anderson.

Much has been written of the rook and his background this summer, but here are some links to two of my favorites - Small Town Hero by Ken Rodriguez and Humble Beginnings by Jeff McDonald. I think we can all agree that James is prototypical Spurs' material - it's an online love match. RC had to be ecstatic that Anderson was still there at #20.

However, a lot has changed with the roster since I wrote What to Expect from James Anderson. Right after the draft, many of us thought James would fight for minutes at the SG spot, while occasionally backing up the SF position. Then the Spurs signed Gary Neal after his scorching Summer League, so we switched to penciling in Anderson and Gee fighting for the limutes behind RJ. Today we learned that the Spurs have signed veteran SF Bobby Simmons, which means I have absolutely no idea what's going on. The life of being a Spurs fan.

Let's be realistic - the rules are different for first round picks with guaranteed contracts. Anderson won't have to fight for a roster spot, but he will be fighting for minutes. Nobody wants to be the Human Victory Cigar. James needs training camp to get into shape, after being sidelined by a bad hammy most of the summer, and to prove to Pop that he should play. So instead of focusing on where Anderson should play, I'm going to focus on why he should play. 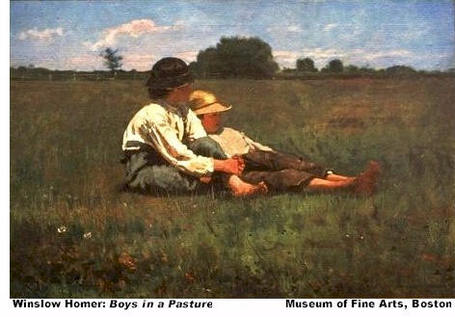 Yes, I am the biggest James Anderson homer on PtR, and it isn't even close. But just because I'm homer doesn't mean I'm wrong. The dude can flat out score, crooked pinkies and all (There are no Hot Spots for NCAA stats. You're just going to have to trust me on this). The only Spur more versatile on the offensive end is Manu. Yes, you read that right, and no, I'm not saying that Anderson is the 2nd coming of Manu. But what other Spur can finish at the rim, hit the midrange jumper and let it fly from behind the arc? Now you're scratching your head, aren't you? Let me know when you come up with an answer. I find it ironic that neither guy is viewed as really athletic, but both manage to get the job done. Hmm. And no offense to Ginobili, but Anderson has a bit more meat on the bone.

High usage/high efficiency offensive threats don't come around every day. His best games came against his best opponents (just ask UT fans how they feel about James). Anderson doesn't just stand behind the arc waiting for a pass. He barrels his way into the lane, converting FTs at over an 80% clip. As James finds his place with the Spurs, I expect him to mimic his sophomore year TS% and eFG%. Although Anderson did lead the team in points that year, he was not the guy, as OSU had a senior point guard and wing to help take the heat off. With the Spurs, James will only have to concentrate on putting the ball in the hole and not royally screwing up on defense.

But that is the main issue - will Anderson show enough on the defensive end to force Pop's hand? Honestly, I don't know, but I'm optimistic. I imagine that James has been spending time in the gym and study hall this summer - he definitely has the work ethic. Personally, I'd like to see Anderson and Gee fight it out for the backup SF minutes. That could be quite the battle (it's okay to sigh here, girls).

Where I see James thriving is in the small ball set. Before you start groaning, let me explain. If the Spurs have two legitimate bigs on the floor with TP/Hill, Manu and Anderson, the opposing team wouldn't know what to do. The floor spacing would be insane! The 3 guard set makes a lot of sense with our roster and would create matchup problems galore. (It's really not good to be this excited before the season has even begun.) Count me as a believer that James is going to force Pop to play a rookie significant minutes 3 years in a row!

The best shooter in this year's draft. You better believe!

Steal of the Draft

Interview with 1250 The Zone