Get to Know Your New Spurs #3: Gary Neal

Share All sharing options for: Get to Know Your New Spurs #3: Gary Neal 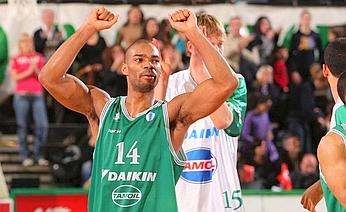 Most of you know that I'm a big college basketball fan, but when Gary Neal showed up on the Summer League roster, his name didn't even register in the "Oh yeah, I remember that guy" portion of my brain. I think I speak for PtRdom when I say we were all a little surprised by the Gary Neal signing. The Spurs had just drafted James Anderson and seemed to already have a glut of guards. So why ink another SG? The answer would be 17 and 34, as in Neal shot 50% from behind the arc during his time in Vegas. I don't care if you're just playing HORSE in the backyard with Bubba, 50% from long range will win you some games.

Follow me after the jump to learn more about our latest (hopefully) 3-point gunner.

Neal was born in 1984 in Aberdeen, MD (which means he'll turn 26 in October - still a young 'un). Ken Rodriguez gives us a look at Gary's relationship with his older brothers, who had a big hand in his game. He averaged a triple-double his junior season for his local high school and led the team to a championship, hitting the game-winning shot. His senior season, Neal teamed up with Jack McClinton (small world, huh) to go 22-9. Gary also teamed with Carmelo Anthony to lead the AAU Baltimore team to their Final Four.

After high school, Gary attended LaSalle, where he was named the A-10 Rookie of the Year and led the team in scoring his freshman and sophomore years (18.6 ppg). After some well-documented troubles, Neal transferred to Towson to finish his collegiate career, putting up a line of 25.3 ppg, 3.5 apg, and 4.2 rpg his senior season. Unfortunately, those numbers weren't good enough to get a phone call on Draft Day, so Gary took his talents to Europe - Turkey to be exact.

I don't know where the Turkish basketball League falls in the hierarchy of European basketball, but leading any league with 26.5 ppg ain't too shabby (stats/game logs here). After a short stint with Barcelona, Gary signed with Benetton Treviso in the Italian Lega A - a team most of us have heard of. Neal earned the starting SG spot, continuing to put the ball in the hoop at a 19 ppg clip (more stats) and pretty much being the offense for a retooling squad. Gary had so much success (2nd All-Eurocup, dudes!) in Europe that Draft Express rated him the #4 Overseas Free Agent. 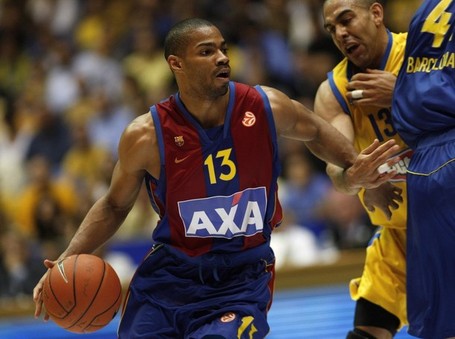 So where does Neal fit in with the Spurs? Well obviously, he is Mason's replacement as the instant offense guy. Gary has a decent handle and the ability to run an offense, but that's not what the Spurs are lacking; they just need him to catch and shoot (preferably with both feet behind the arc). Neal is an efficient scorer with a lot of experience in a pick and roll offense in Europe, so he should fit in just fine with the Spurs offense. At 6'-4", 210 lbs, Gary should be strictly a SG - I just don't see him playing any other position.

Yet, what's the one word you haven't read so far? Defense. Yes, that dreaded other part of the game. Well, the reason is simple - Gary has never been known as much of a defender. However, before you going running screaming from the room, both Draft Express and Ridiculous Upside mentioned that Neal played with intensity on the defensive end and was a pretty solid defender in Summer League. Gary is going to have to keep that up if he wants to get minutes in the crowded backcourt this year. I think we're going to have to wait until preseason to see how far Neal has to go on the defensive end.

So where does that leave us? With a possible starting SG. Of course, I'm assuming the Manu will continue to come off the bench and that we will see plenty of the Parker/Hill tandem too. But if we were to have any injuries this year (knock on wood), I think Neal's experience as a pro against a higher level of talent would make him a better choice for a spot start over an inexperienced rookie (Anderson), especially early in the year. However, Gary will have to expend effort on both ends and buy into the system or he could easily end up in Pop's doghouse, riding the pine. But if he's as good of a shooter as he seems to be, Tony and Manu are going to love kicking the ball out for corner pockets.