Get to Know Your New Spurs #1: Garrett Temple

Share All sharing options for: Get to Know Your New Spurs #1: Garrett Temple

Training camp starts this month. Woo Hoo! Time to start the slow burn of anticipation for the upcoming season, ending with a massive conflagration of PtR giddiness and insanity that's bound to destroy the interwebs as we know them! Welcome to Get To Know Your New Spurs, the 2010 Edition.

But Cap (you're thinking), why Garrett Temple? He isn't new - he was on the last year! Your skepticism is noted and rejected. Yes, Garrett played last season, but he wasn't on the roster at the beginning of the year, so according to my bizarre calculations, he's still new. The PtR collective envisions this silky smooth player as a lock to make the roster this year. Besides, don't you want the opportunity to get to know one of our beloved Spurs just a little better? I know you're nodding your head in the affirmative. Don't try to deny it.

First things first - if you haven't read this Ken Rodriguez article before, then read it now before you go any further. Right now! Ken gives us a little insight into both Garrett and his dad, Collis, who once played for the Spurs. Collis was the first African-American player at LSU - that's guts and serious personal fortitude. The Temple family is from Baton Rouge, so after high school, where Garrett played basketball and ran track (long jump and triple jump), he followed in both his father's and older brother's footsteps, staying in his hometown to attend and play basketball at Louisiana State University.

Temple seems to be one of those rare players who will be a much better pro than collegian. How can that be? He's barely had a cup of coffee yet with the Spurs. Well, that's because he wasn't great at LSU - a SG who broke the school record for minutes played, but only averaged 7 ppg. After graduating, teams weren't all that impressed, and despite his SEC Academic Honor Roll and All-SEC Defensive honors, he went undrafted. The Rockets signed him as a free-agent and then assigned him to the Rio Grande Valley Vipers. And this is where the story changes. Although known for his defense in college, Garrett became more of a scorer in the D-League (stats). Last season, he got called up by both the Rockets and the Kings before sticking with the Spurs. 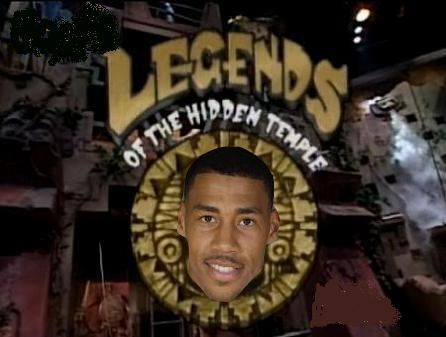 So why would an undrafted D-Leaguer be seen as a possible contributor this season? Because the dude has hidden skills! Let's see - a , hard-working, defensive-minded player. Does that sound like the prototypical Spurs' role player? You betcha!

Do you remember his first game in a Spurs uni? I sure do. George was hurt the previous game and Tony was just returning. So The Wee Frenchman obviously gets the start, right? WRONG. Pop went SOGGY and started the rook at PG. All Temple does is log 27 minutes, score 15 points, and dish out 4 assists, without imitating a Headless Chicken. He started 4 games in all, showing flashes of vision while running the offense and glimpses of his defensive abilities.

If all Garrett does this upcoming season is mimic the stats from his limutes last year, it'll put a smile on my face. But honestly, I expect more. I love his smooth game, and I think we'll see a better shooter and distributor this year. Temple just oozes "intangibles" and BBIQ, and like all good Spurs role players, he can play multiple positions (PG/SG). I believe Garrett will force Pop to find him minutes in our crowded backcourt, making an off-season leap much like Cubits did (although probably not to the same degree).

However, there is one MAJOR issue regarding Garrett that I have yet to discuss - his complete lack of PtR nicknames. In my mind, this is completely unforgivable. Heck, we haven't even coined a catch phrase. ("Book 'em Danno" might be good for successful corner pockets.) Other than the epic chop above (courtesy of cdeck), Temple's PtRography is oddly bereft for someone who has actually played for the Spurs. This must be remedied at once. So please, I'm begging you, help this young man get his due this season - give him a nickname!

Dunk as a Rocket